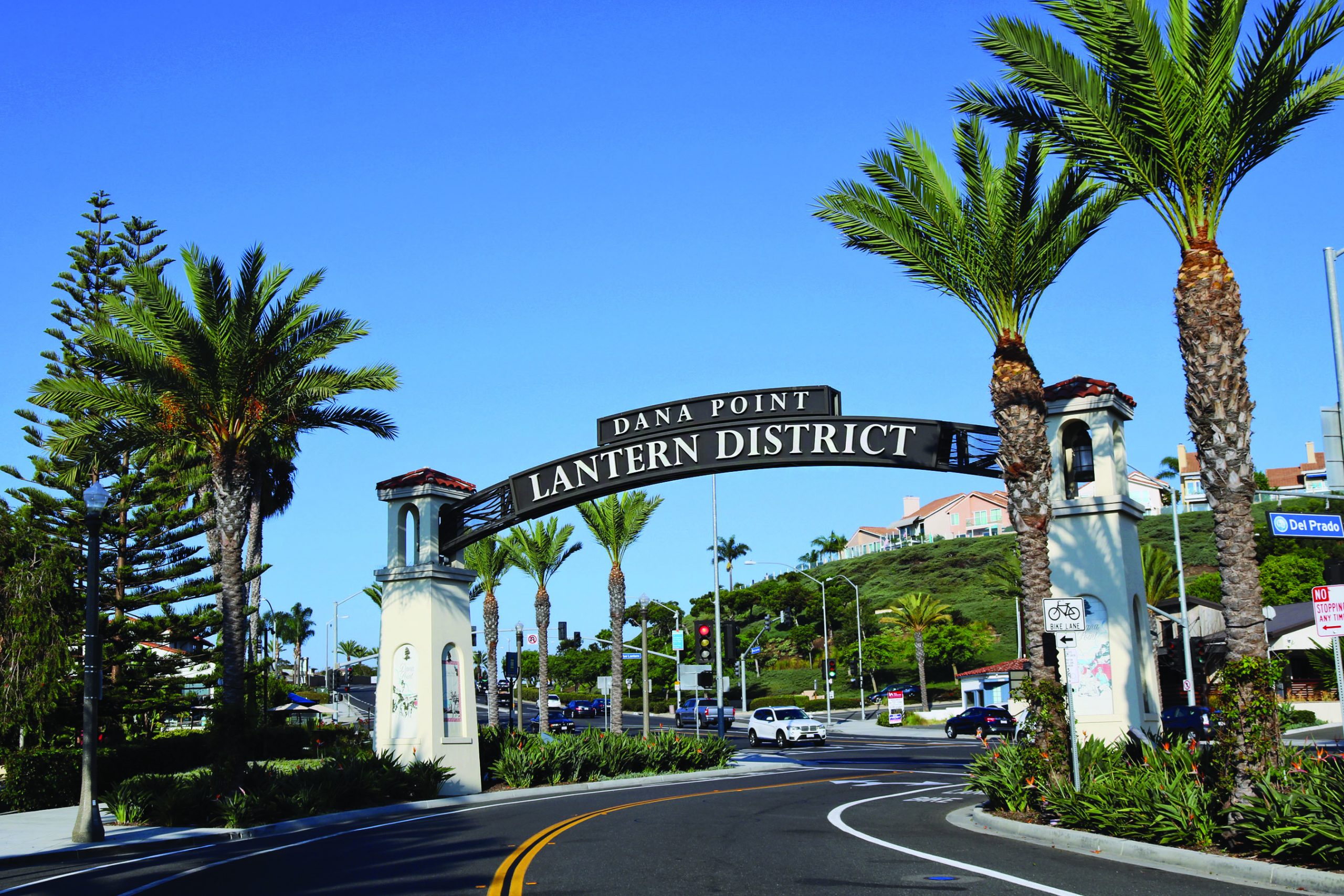 In October 2019, the Dana Point Chamber of Commerce’s proposal to amend the Town Center Plan—a policy on how to regulate development for the Lantern District area of Dana Point—sparked multifaceted public input on how to approach improving the area.

A letter sent by the Chamber to city council requested that the city facilitate a ballot measure that would reduce the 18-foot, ground floor minimum height requirement to a 14-foot, ground floor minimum height requirement for new development in the Town Center/Lantern District. The Town Center Plan was amended by the 2015 Town Center Initiative to include a provision that any future changes must be approved by a vote at a municipal election.

While council did not move forward with a ballot initiative, city officials confirm hearing from developers that the minimum ground floor height requirements are a challenge.

“The other challenge is always parking. That is a sensitive issue, and we want to be careful with it,” said Brenda Wisneski, the city’s community development director.

Wisneski’s hire was announced in January; however, earlier in her career, she worked as an associate planner in Dana Point in 2000—a tenure in which she had helped work on the original Town Center Plan.

The Town Center Plan aimed to establish a framework for public improvement to support private investment and redevelopment, while encouraging a pedestrian-friendly environment for shopping and dining for residents and visitors alike. But in 2014, a mixed-use project proposed by Majestic Housing and Development for the Lantern District was met with controversy largely due to its variance requests.

The plan had included two variance requests. One, that the applicant be allowed to pay for 26 in lieu parking spaces amounting to $390,000 and a second that will allow portions of the plan, not fronting Pacific Coast Highway or Del Prado Avenue, to include four-story residential structures, which fall within the 40-foot maximum allowed in the Town Center Specific Plan. The TCSP, as written, allows a 40-foot maximum and three stories.

Approved special considerations granted elevator towers and guard rails for roof decks to extend 42 inches above the 40-foot height maximum and a shared arrangement between retail and guest parking spaces.

Shortly after the project’s passage, a group of citizens filed a petition to put a measure on the ballot that would revert to many of the changes made by the city council in that amendment, while also adding a number of new regulations. That ballot measure was known as Measure H.

While city council moved forward in putting their own initiative (Measure I) on the ballot, Measure H secured the majority vote and passed.

The Majestic project was acquired by the group Raintree Partners.

“(Raintree) came in with a different vision. To the city’s benefit, Raintree was able to work with staff to rework the design, and lower the height and provide parking on-site,” Wisneski said.

Tuesday, Nov. 3 will determine the inaugural councilmember to represent District 4, which covers the Lantern District area, since Dana Point converted to districted elections in 2018, as constituents within the district cast their ballots. Newkirk and Mike Frost are the candidates running for the District 4 seat.

As of now, there are eight vacant lots in Town Center, offering potential for future development. While Raintree’s Prado West project was made possible by accumulating neighboring lots, some members of the community hope that lots can be developed individually and on a smaller scale, including both candidates.

“I think we could have better scaled requirements that would make it financially attractive for the smaller structures to be developed,” Frost said. “I think we can be more difficult on the bigger structures.”

Newkirk has pointed to Coastal Kitchen and Craft House as ideal examples of individual lots being developed creatively.

As far as a path forward for Town Center, both candidates also agree that the city should reexamine the plan. Frost says that he’d like to see the subcommittee report to council on the strengths and weaknesses of the plan’s implementation thus far and work toward any of potential changes.

“I think we should reassemble the Town Center Subcommittee,” Frost said. “Economics have changed, tenants have changed, times have changed. I have to believe that there’s a way we can protect the adjacent residents and make smaller structures profitable in order to not have the consolidation of lots.”

Newkirk would like to see a legislative body be assembled for the Town Center and be subject to the Brown Act, in order to engage the public as much as possible.

“At minimum, I think we need open dialogue and something to the level of a task force to fully engage the public,” Newkirk said. “We should be as transparent and as engaging as possible and really go above dotting the ‘i’ with this.’ “

Newkirk added he also doesn’t want to see residential neighborhoods shouldering the burden of parking that should be placed on the developer.

“If residents don’t feel like their voices are being respected, go ahead and pick a letter for the next measure, because I think that’s what led to Measure H,” Newkirk said. “If there’s a place for an apolitical world, it’s here. These are our neighbors; we all came here for the same reasons, to live in a wonderful town.”

Wisneski told Dana Point Times in an interview that the city is exploring a parking inventory and analysis following project completion in the Town Center.

Upon reexamining and modifying regulations, Frost says decisions should be made that will adhere to preserving the coastal village feel for which Dana Point is known.

“I am open to examining and implementing modifications needed to ensure the Town Center/Lantern District, and any other city zoning regulation, respects our beach town atmosphere, promotes local business, and creates a place for everyone to enjoy.”

Should any amendments to the Town Center Plan come to fruition, voters would need to approve a ballot initiative, and the California Coastal Commission would need to give approval.