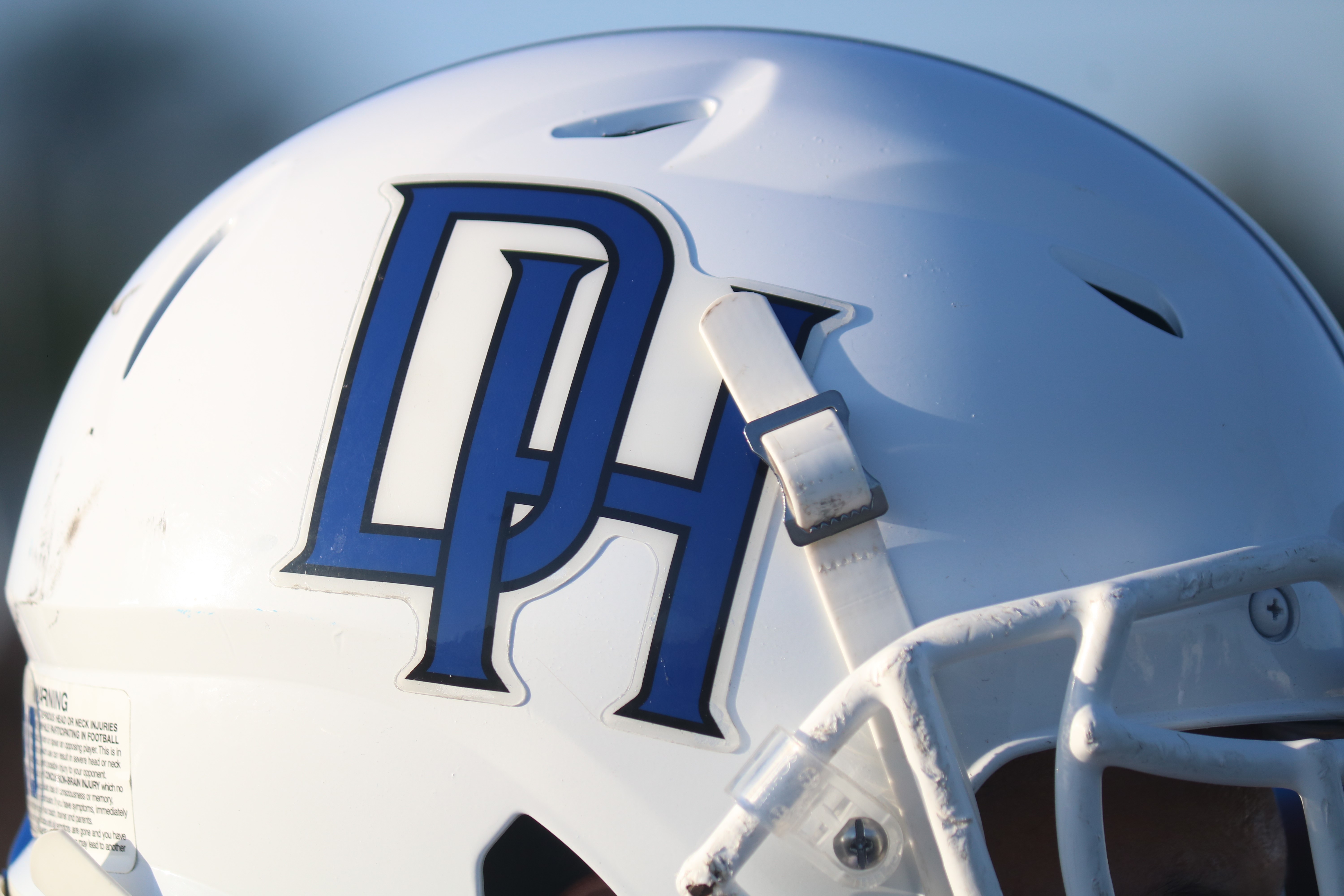 Monday, May 4, should have been the first major step forward in the 2020 high school football calendar.

Spring football was scheduled to start at Dana Hills High School and on many campuses across Southern California. However, due to the coronavirus pandemic, school campuses remain closed, and all school activities remain canceled.

While the on-field element has been eliminated for now, teams across the county, state and country are adjusting, including Dana Hills High School. And Dana Hills coach Phil Skinner says his team is taking to the new situation like dolphins to water.

“We haven’t missed a beat as far as workouts are concerned,” Skinner said. “About 50 kids we get on the Zoom meeting every day. The kids can all see each other working out. A lot of kids don’t have their own home weight rooms, so its push-ups, sit-ups, curl-ups. Kids are using furniture or buckets to get resistance. It’s as good as we can do right now.”

When school activities were canceled on Friday, March 13, Skinner said his group rolled right into the online workouts the next Monday.

Skinner said the team meets for about two hours on the video call, with an hour for the workout and another hour for team meetings.

“From 4-5 (p.m.) every day, we have offensive, defensive, special-teams meetings,” Skinner said. “We go over the playbook online with the kids and watch videos. I think we’re way ahead of the game knowledge-wise than we would be normally.”

That’s the positive that Skinner has taken from this unprecedented situation. The Dolphins are getting more time in the classroom to learn and understand the concepts of their offensive and defensive schemes. Skinner said it’s the mental aspect that is being sharpened, and his players are engaged.

While the mental side is extremely important in football, Skinner also acknowledged what his team is losing from the inability to have on-field spring football practices.

“Physicality and timing,” Skinner said. “You want kids to develop that muscle memory of what they’re doing.  Quarterbacks and receivers need that timing. We had been doing some local seven-on-seven leagues in March, and while I’m not a huge seven-on-seven guy in how it translates to the field, it does develop that competitive edge and timing.”

It’s also a difficult time when breaking in staff at new positions.

Khalil Watson is the new defensive coordinator after Brad Carter took the head coaching position at Cerritos High School. Watson was with the Dolphins as a position coach last season and had coached at Aliso Niguel High School the four previous years.

“He’s trying to install his defense here,” Skinner said of Watson, “and he wants to be out there moving kids around with walk-throughs. We’ve been using the Hudl app. He’s done a great job with our playbook and making it detailed. Technology is on his side. He’s doing a fantastic job in clearly communicating what he wants to do.”

However, if and when the Dolphins are able to take the field again, Skinner believes all of this time learning the playbooks and the schemes will make the on-field transition easier.

“Our offensive and defensive coordinators, we’re all aware of the situation,” Skinner said. “In our meetings, we’ve been implementing everything. It’ll be a two- or three-day rollout of our packages, and we’ll be ready to go. Our install will be very short when we can get into physical reps.”

When those physical reps will take place is the unanswered question.

Skinner said the school already moved its summer dead period—a CIF-designated two-week period of zero activity on or off the field—from July to early June immediately after the end of the school year.

From there, Skinner said he’s hoping for a July 1 reopening for athletics, but he also acknowledges it’s a fluid situation.

“We’re in a constant conversation with our athletic director and principal,” Skinner said, “and they’re talking with CIF and they’re talking to the county and state offices. We’re always talking about when we could come back or trying to pick a preliminary date. Everybody is safety-first. We want to make sure we’re not coming back to put someone in peril.”

If teams aren’t allowed to come back until August 1 or even later, Skinner said it wouldn’t be too different from practices 20 years ago, when kids would go away for a three-week dead period and not return until fall camp.

Either way, Skinner knows his players are taking on a resilient quality through this situation.

“There’s a lesson in this that we can overcome anything,” Skinner said. “We’re going to overcome COVID-19, and we’re going to play the best season of Dana Hills football coming up. We’re able to take on anything that comes at us.”