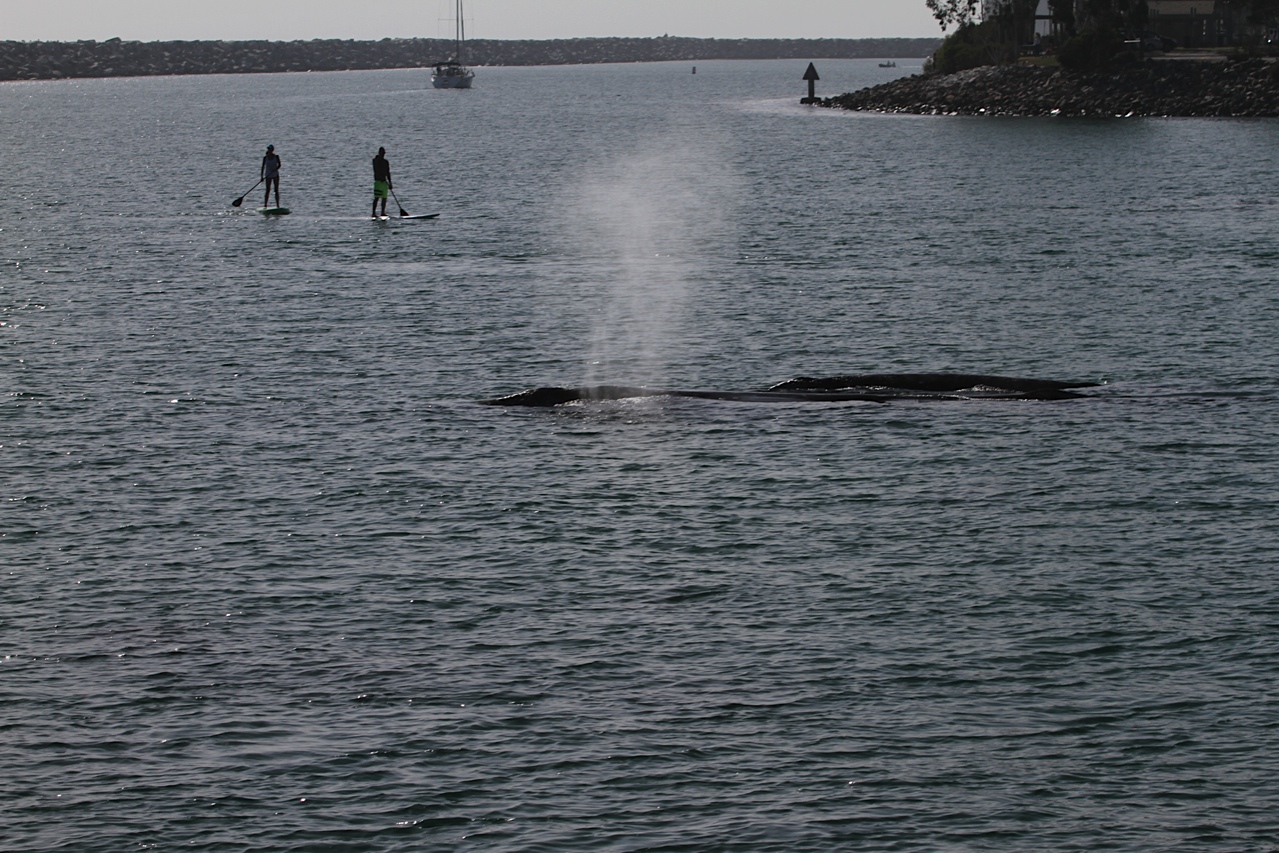 A pair of migrating California gray whales, a mother and calf, made an unexpected and rare trip into Dana Point Harbor earlier this week.

This is an unusual occurrence, he said, since whales often rely on their depth perception and other senses to judge where they were. Being in the Harbor might have made things difficult for them on their northward journey to their polar feeding grounds, he said.

Mansur said he believed the mother was allowing her calf a chance to “stretch its tail a little,” in the sandy areas near Doheny and that both whales appeared to be healthy.

“There was a lot of playfulness,” Mansur said of the chance encounter.