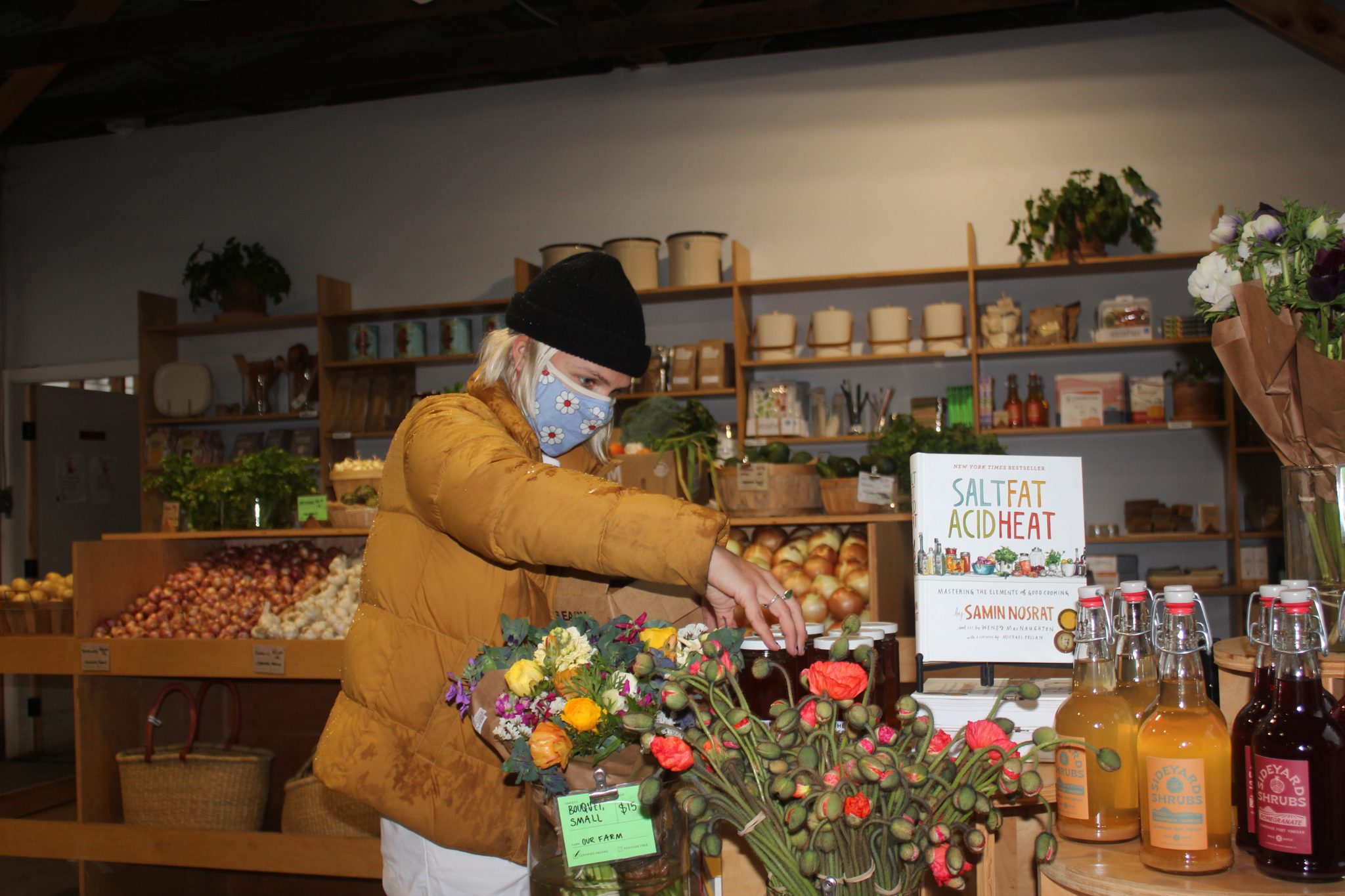 Featured Image: Bryn Valaika wears a mask while working as a cashier at The Ecology Center in San Juan Capistrano in March 2021. Photo: Collin Breaux

The California Department of Public Health announced on Wednesday, Jan. 5, that the state will extend the indoor public mask requirement through Feb. 15. The move comes just days before the initial reissue of the mandate was set to end on Saturday, Jan. 15.

All individuals, regardless of vaccination status, must wear masks in all indoor public settings, and the CDPH added that no person can be prevented from wearing a mask as a condition of participation in an activity or entry into a business.

In a press release, the CDPH cited the increased spread of the Omicron variant across the state and the country as a reason for continuing the mandate.

“Over the last two weeks, the statewide seven-day average case rate has increased by more than sixfold and hospitalizations have doubled,” the release read.

In Orange County, 162,643 COVID-19 tests were reported in the past week, and an average of 6,266 positive cases have been received daily, according to the OC Health Care Agency. Orange County hospitals were treating 724 cases of COVID-19 as of Thursday, Jan. 6, with 109 of those requiring an ICU bed.

Jim Keany, associate director of emergency management at Providence Mission Hospital Mission Viejo, said Thursday that there are no beds available at his hospital.

Compared to the Delta surge last year, the number of people coming into the emergency room is about the same, if not higher, but they are not as sick as those who tested positive for the Delta variant.

“Right around this time last year, we were at risk of running out of ventilators,” Keany said. “With this current Omicron surge, we don’t seem to be that off on the inpatient side, but the impact on the ER has been even greater than it was last year.”

From his observations, the majority of COVID patients—most of whom are unvaccinated—recover within a week or less, as opposed to Delta patients who remained hospitalized for several weeks or months.

Keany cautioned that each new variant will inevitably carry unpredictable features, which forces doctors and hospitals to wait to know how every individual strain will play out among the population in terms of staying power and impact.

He noted that the Omicron variant differs from Delta in that it is more highly contagious.

“Look, the county’s positive rate, I think, is 16% right now and climbing, where last year we were hitting highs of 10% or 12% positive,” Keany said. “It’s definitely way more contagious than it was last year.”

As the CDPH’s release also referenced the ease in which Omicron spreads, it included the results of cross-sectional surveys in the country that suggested a 10% increase in mask-wearing tripled the likelihood of slowing community transmission.

“The masking requirement in California schools has allowed us to keep schools open when compared to other parts of the country,” the release read. “California accounts for roughly 12% of all U.S. students, but only 1% of COVID-19 related school closures.”

Regarding hospitals, Keany added that Providence Mission Viejo, among others, is in crisis operations, in that they changed their level of care to evaluate ER patients. They will either send a patient elsewhere for certain treatments or send them home, in the case of a patient who exhibits all the symptoms of a positive Omicron case.

According to Keany, hospitals now lack the capacity to deal with other high-urgency cases due to the recent surge.