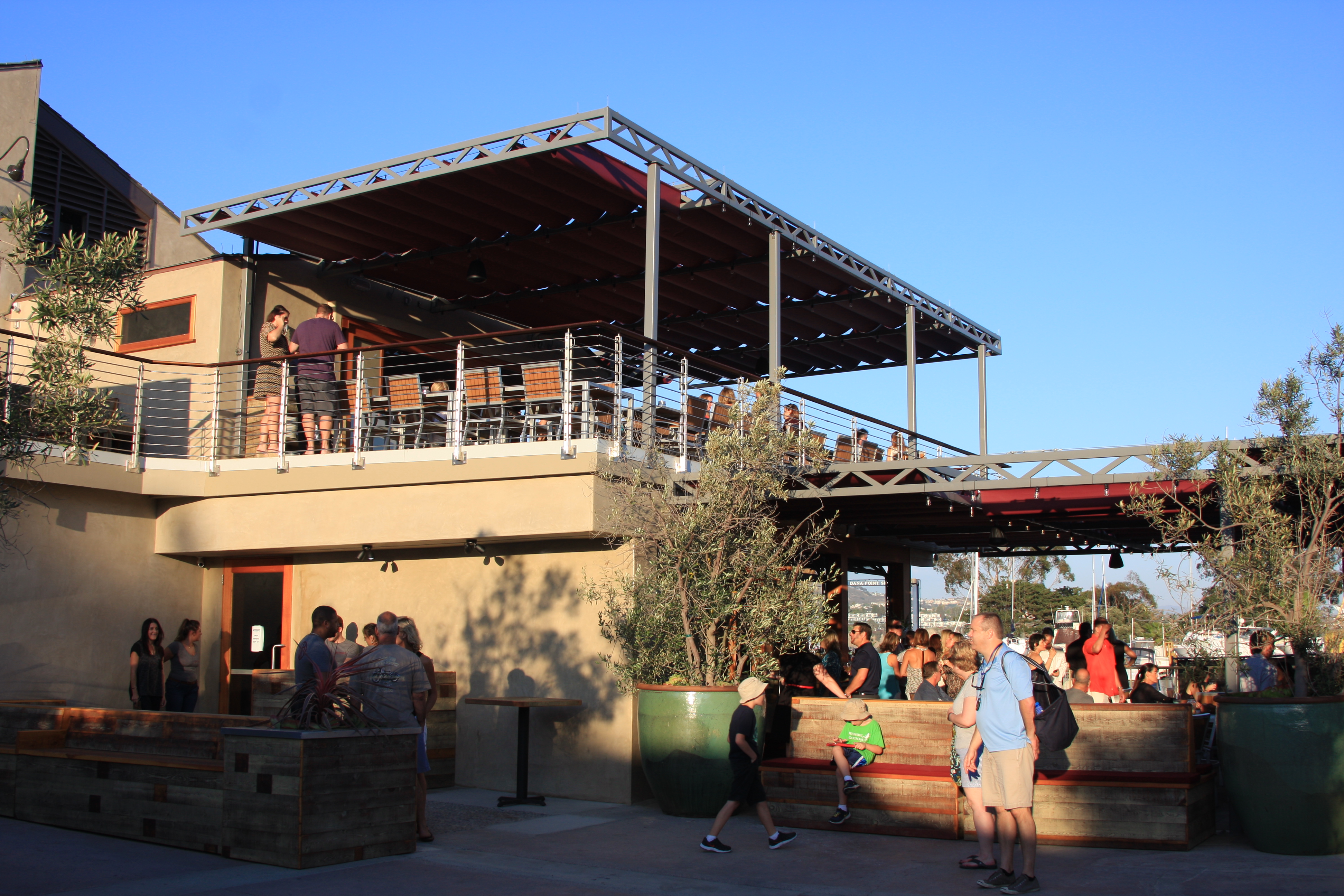 It has only been two years since they opened their doors in the Dana Point Harbor, but Waterman’s Harbor has already proven their culinary chops. Serving up fresh seafood with a premium ocean view has landed The Waterman’s their very first Golden Foodie Award in the best seafood category this past September.

The Golden Foodie Awards is a people’s choice award that has been called the “the Oscars of food.” Every week throughout summer, people nominated and voted for their favorite food, drinks and chefs, separated into 24 categories ranging from best pizza to best cocktails.

“I felt pretty confident in this category, because we were the only restaurant that had dock-to-table food. The fish that we serve is delivered from local fisherman within the harbor, and was probably alive two hours earlier,” Collins said.

“It was great seeing everyone at the event; getting out from being packed in the kitchen really gets our creative juices flowing,” said Collins. “I’m glad South Orange County is getting some culinary recognition. It shows you don’t have to go to Costa Mesa or Santa Ana for great food.” —Victor Carno