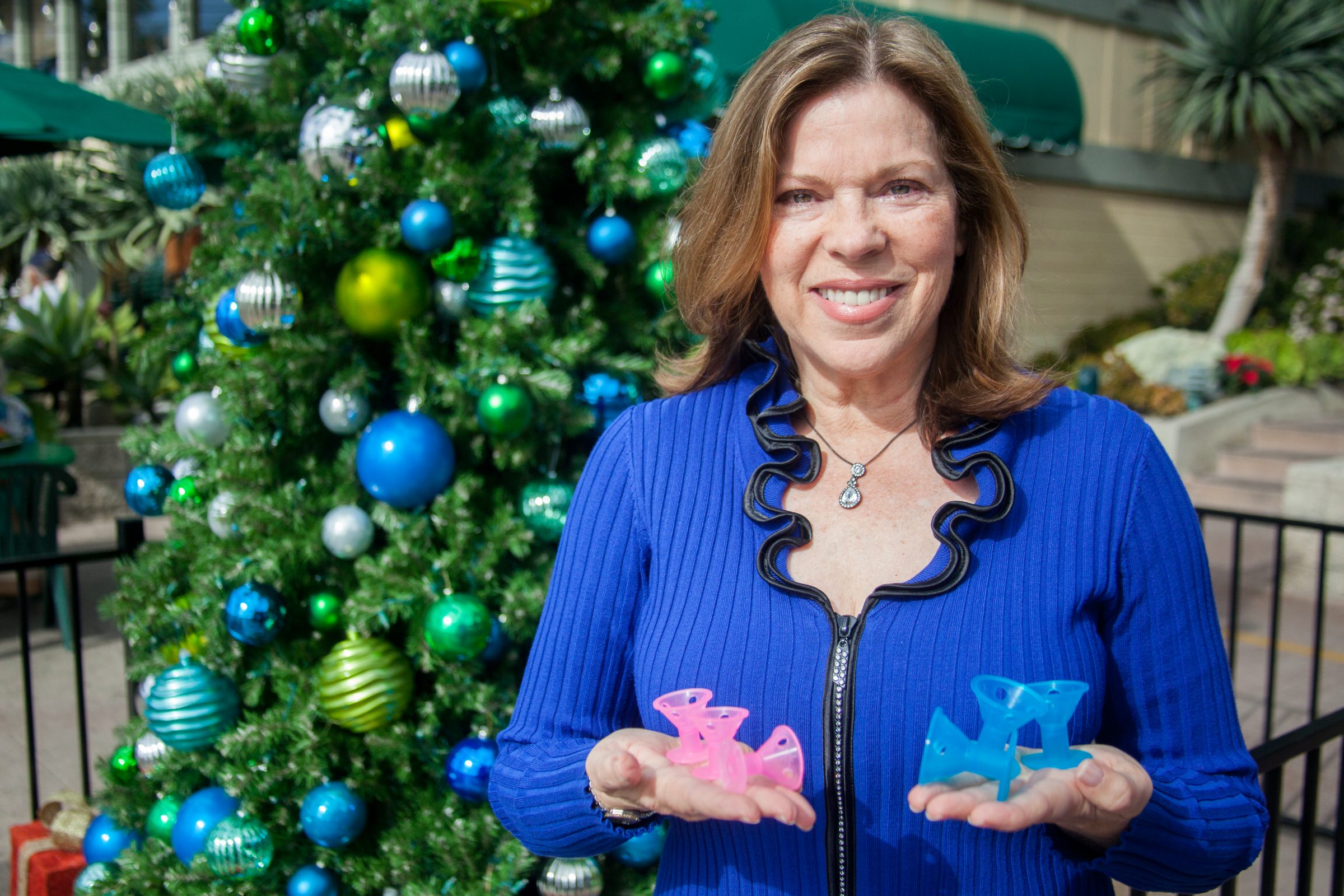 You could say Jeanne James is a risk taker.

James, who currently resides in Dana Point, lived with her family for a year in Kenya doing missionary work and running a guest house there. She’s sailed across the Atlantic with her husband and two sons. And she quit her full-time job to dedicate all of her resources and energy on reviving a quirky 1960s hair product—Spoolies.

Not only have James and her husband, Tim, succeeded in bringing Spoolies back, but they’ve won two awards for the trendsetting silicone hair curlers and are now selling the American-made styling tools at 400 Wal-Mart stores across the nation. The recent partnership with Wal-Mart is part of the retailer’s 2013 commitment to buy an additional $250 billion in U.S. products by 2023.

James is completely self-taught when it comes to all things manufacturing—she attended trade shows, made endless phone calls, researched online and picked up on industry nuances.

“You have to be tenacious,” James said of being an entrepreneur. “I think a lot of running a business is not giving up. You have to fight for what you want.”

James initially got the idea to revamp the retro rubber curlers in 2003. After working for a year in Kenya, James was inspired to raise money to help send some of the young girls there to school, but she didn’t want to just ask for donations. James wanted a sustainable model—a business opportunity that could continuously raise funds.

James eventually remembered Spoolies—the curlers she wore as a kid that allowed her to avoid the dreaded frizzy perm. She wondered whether they were still in production.

After a bit of research, James discovered that Conair had pulled the Spoolies trademark in the ’90s and had since released it, giving her the opportunity to revive the product. James obtained a patent, set out to find a U.S. manufacturer and updated the design and materials—trading latex rubber for 100 percent hypoallergenic silicone.

Manufacturing the curlers would have been much cheaper in China, but James said it was imperative to keep production in the U.S. so that she could truly “trust the product and the quality behind it.”

Not only did she end up keeping production in the States, but she found a factory in San Clemente, just 10 minutes from her home.

The new and improved Spoolies debuted in December 2014. Since then, they’ve popped up on the shelves of Wal-Mart stores, and James said they’ll be an “impulse buy” in 350 stores next year, which means the curlers will be on display throughout the store—not just in the beauty aisle. Beginning in February, stores will carry nine-packs of James’ new jumbo curlers, as well as the regular size.

The retro curlers have also been getting attention online from a younger generation of beauty bloggers—recent video reviews on Instagram have reached thousands of viewers.

But most importantly to James, proceeds from Spoolies’ sales have been donated to Sister Freda’s Foundation in Kenya, which operates a hospital and clinic, a girls’ high school and a college for nursing, among other programs. To date, Spoolies has funded 30 beds at the school, which will sleep 60 girls.

In addition to select Wal-Mart stores, Spoolies can be found online in 12- or 24-packs. For more information, follow the company (@spoolies) on social media.