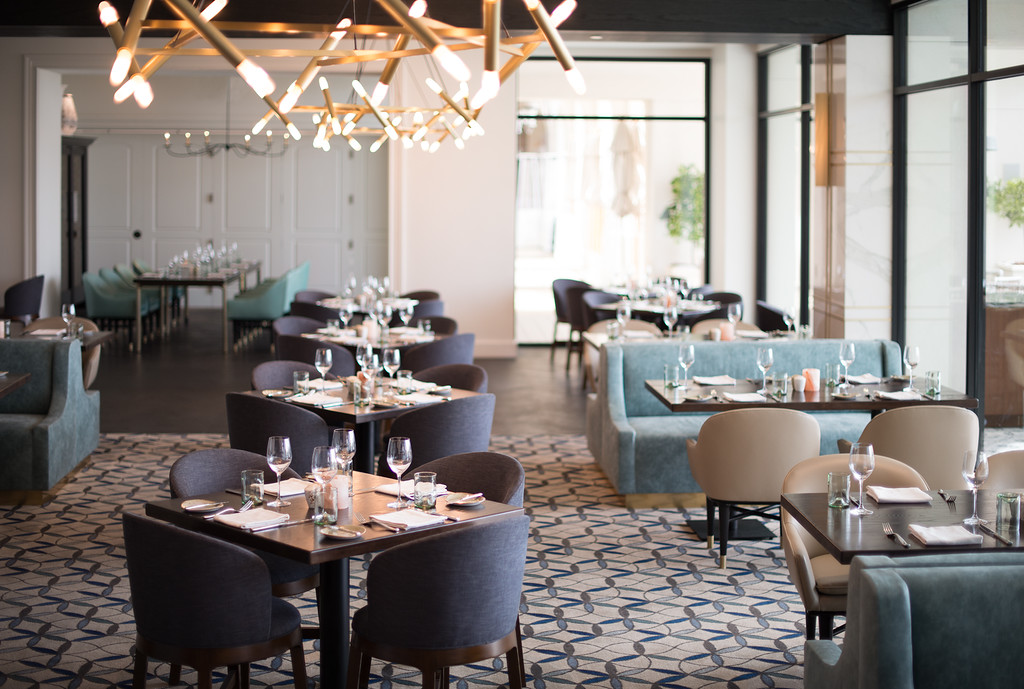 Monarch Beach Resort, formerly known as the St. Regis, completed a $40 million renovation that changed more than 400 guest rooms, opened a new spa and created a new pool area with private cabanas and more. The year-long renovation project was unveiled on June 1.

“We are thrilled to welcome guests, members and neighbors to our thoughtfully reimagined resort that offers a perfect balance between luxury and approachability, and captures the allure of Dana Point’s majesty,” said Ian Pullan, general manager of Monarch Beach Resort.

The Mirval Life in Balance Spa offers its guests more than 70 signature treatments with 24 treatment rooms, a lap pool, spa suites, a nail salon and more.

The resort’s signature restaurant, Stonehill Tavern, is just one of the places customers can get a meal. The resort also offers AVEO Table and Bar, 33 Degree North, Part and Parcel Market, Club 19 and Sombra. Guests and members can also use the Monarch Bay Club, a private beachfront dining outlet.

Monarch Beach Resort was recently the recipient of the Gold Medal Resort Award from GOLF Magazine.

Monarch was one of four Southern California destinations on the Gold Medal Award list of honorees for 2016-2017.

The award, which is part of the magazine’s “Premier Resorts” package, will be in print as well as online in June.

The biannual rankings are based on four criteria: golf, lodging, food and drink and service. Forty percent of the resort recognition is linked to golf, where voters considered factors such as challenge, playability, scenery, history, facilities and service.

“This is a special honor for our golf property,” said Eric Lohman, PGA General Manager of Monarch Beach Golf Links, in a statement.  “And it is a testament to the dedication of our entire golf expressions team.”

Located in the Lantern District in one of the city’s most historic buildings, Coastal Kitchen’s ribbon cutting ceremony is planned for Monday, June 13.

The new restaurant will be serving salads, sandwiches, chicken and steaks with options for lunch and dinner. Dinners will also have a wine, beer and cocktail menu.

PCH Pilates recently opened their doors on Pacific Coast Highway after closing its location off of Blue Lantern.

The boutique-style studio offers its clients semi-private and small-group lessons throughout the week.

Martin said she wants to get a new sign for the location and hopes to have an official ribbon cutting ceremony.

“I love this area, and am excited to be here,” Martin said.

By the end of the summer, Coffee Importers will be expanding their location.

The concept is to expand the deli with a longer counter, in order to create shorter lines for customers and have a shorter service time.

“Right now, we have about five feet of space for customers to order,” Coffee Importers Owner Jim Miller said. “We’re going to have a juice bar and a separate place for people to order just beverages.”

The look will be “fresh and current,” Miller said. He added that all of the spaces Coffee Importers occupies will have the same look, and he hopes to get work done at the Espresso Bar and Scoop Deck.

Currently, the space next to the deli is under construction, but soon the wall separating the areas will come down and new floors, walls and lighting will appear.

Miller said this has been an idea he’s had for more than 20 years, but was waiting for the space to become available.

The menu will be the same, Miller said, but there will definitely be upgrades to the systems.

He hopes the work will be done by mid-July, and the shop will remain open during the expansion.

This year marks the 10 year anniversary for Mits Arayama as a business owner of Minuteman Press.

After leaving his career of 30 years with Nissin Foods, Arayama opened Minuteman Press in the Dana Point. Minuteman Press International is a design, marketing and printing franchise.

Arayama said he always wanted to own his own business, and was able to fulfill that once he retired from Nissin.

In 2006, he fulfilled that dream when he purchased an established Minuteman Press franchise.

“I was looking for an opportunity on the visual marketing side” Arayama said in a statement. “I’ve always been a fan of visual marketing and printing. I knew Minuteman Press was fantastic because of my own past experiences with them. Their reputation and support provided by them is outstanding.”

Since he started with Minuteman, Arayama has been elected as the chairman for the Dana Point Chamber of Commerce and has received multiple awards including Business of the Year.

DaVine Food & Wine recently closed its doors for the final time after seven years of operation.

“It has been a truly amazing experience for us, and we feel extremely privileged to have met so many great people along the way,” Owners Steve and Marla Balmuth wrote in a letter to their customers.

They wrote they would be focusing on their other two businesses, Golden Galleon and Upstairs Store.

“We are looking forward to our first ‘normal’ summer season in many, many years, just having fun,” they wrote.

The trend of poke is continuing to make its way through the city with a new restaurant called Tuna Block Poke.

Tuna Block Poke offers poke bowls and natural juice beverages to its customers. They offer eat-in or take-out options, as well as catering and event services.

“Our aim is to create amazing, simple, healthy food that everyone can enjoy, but more importantly, to show our guests a level of hospitality often only found in the finest restaurants,” said Steven Maybeno with Tuna Block Poke.