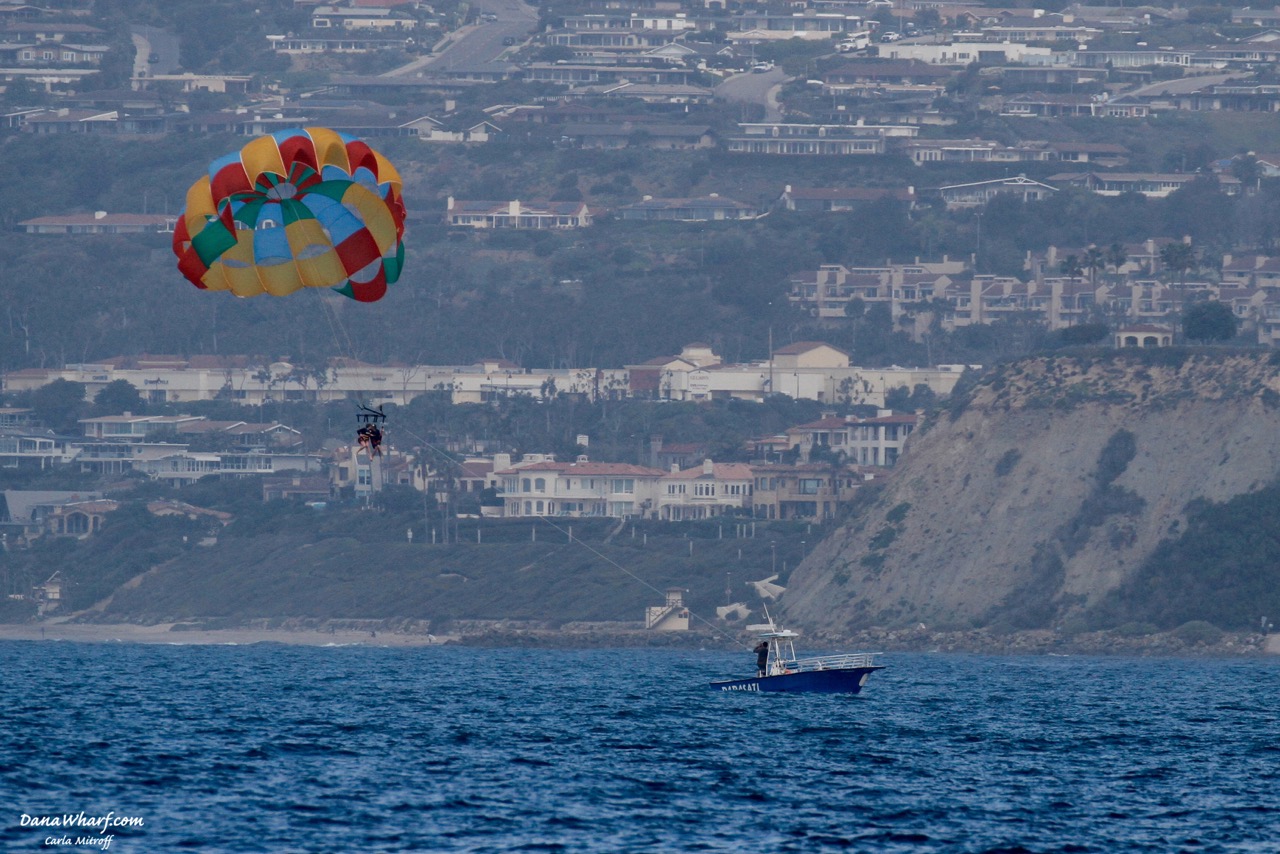 The company takes guests 800 feet in the air by riding under a parachute that’s towed by a speedboat around Doheny State Beach.

“We picked Dana Point because the Harbor has the walkability and the tourism,” said Allison Rinehart, co-owner. “It was the right fit at the right time.”

Allison and her husband partnered with their captain, Chris Turgeon, to take guests on an excursion they’ll never forget.

She said the activity can be for anyone, whether it’s for families, a group, couples or solo rides.

“We can fly tandem, so two people at a time, and we can take kids five (years old) and up,” Rinehart said.