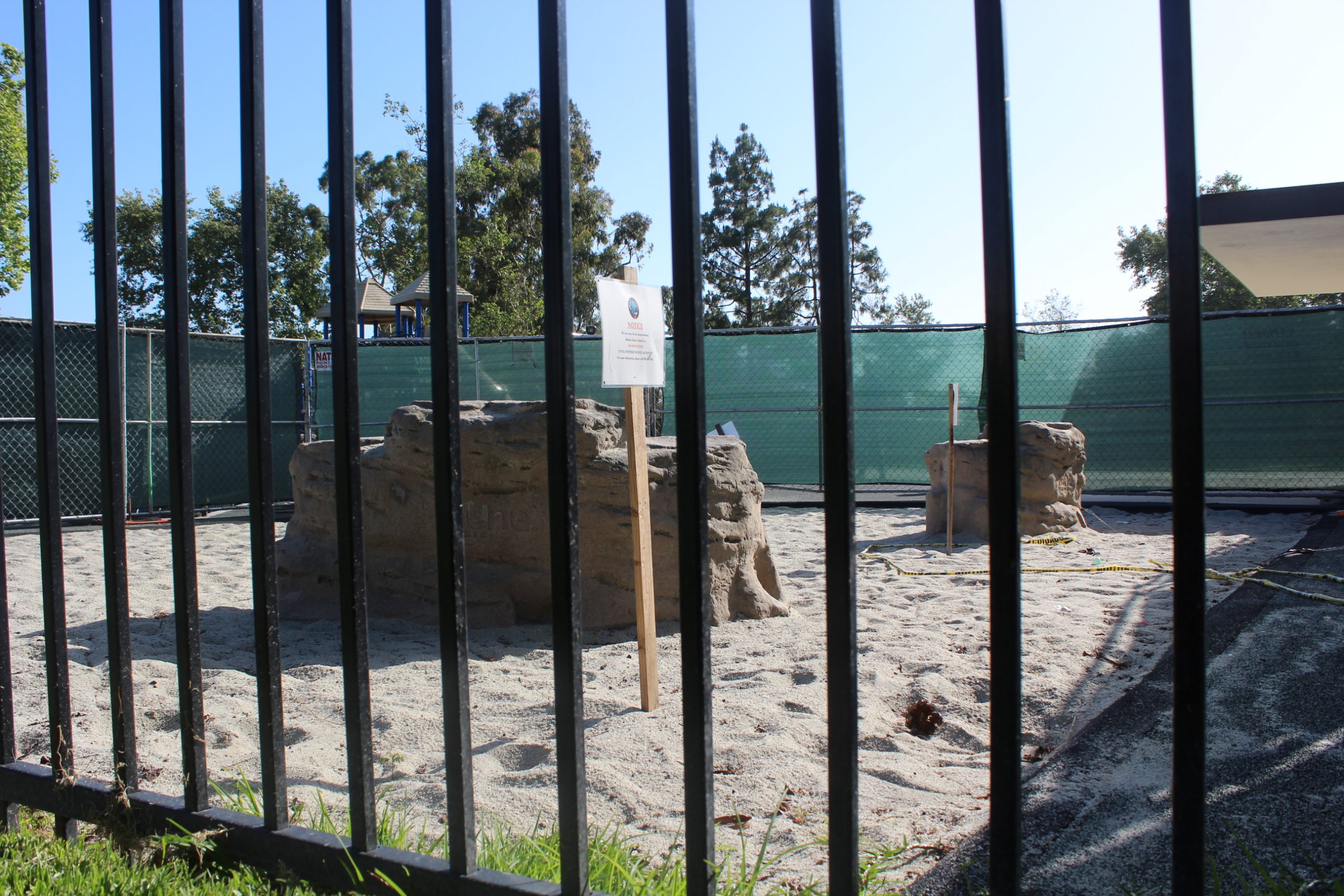 After broken glass was found in the sand of the tot-lot at Sea Canyon Park late last December, park officials closed the facility while looking to either replace the sand or put down rubberized material.

When a local Brownie and Junior Scout Troop, which often used the park for meetings and scout celebrations, learned that the park had closed Troop 7574 leaders said the girls were disappointed and wanted to take action.

“When we met and discussed the closed sandbox, they were sad to hear someone would be so unkind to break glass and also that the toddlers may not have sand or another option,” Troop 7574 leaders said in an email. “They noticed that the rest of the park equipment was more for the older children so they were concerned about the younger children in their community.”

In response to the park closure, Brownie and Junior Troop decided to write letters to the Dana Point Department of General Services with suggestions for renovating the space.

“They wrote us a bunch of letters; of course, they’re on cute little construction paper, and there’s glitter everywhere,” Director of General Services James Shadle said.

The kids wrote in that they were disappointed about the park being closed, but wanted to suggest adding a slide, and more things to play on, if the department was looking to do some renovations by adding the rubberized material to the playground.

The city, Shadle said, was unable to find the culprit behind the broken glass.

“It’s very difficult to catch someone, especially when we don’t have cameras in a lot of our parks, especially our residential parks like Sea Canyon,” Shadle said. “But we did find some glass in the sand, and that’s something that we have to take very seriously. We don’t want residents to get hurt, especially the kids.”

The park was shut down immediately when glass was found in the sand area where small children play.

“It’s funny, because to me, anytime we close the park, it’s a negative experience,” Shadle said. “The last thing you want to do is close the park. … So, I thought since they’re engaged, let’s make this a positive thing.”

Shadle, whose son was a Boy Scout, had some experience with scouts, and thought it would be a perfect opportunity for the Brownie and Junior Scouts to earn the Democracy Badge.

“So, I reached out to a Girl Scout troop leader and asked if they would be interested in having us host a Girl Scout meeting right here at the City Hall,” Shadle said. “The intent was, since they are the ones using the park the most often, I thought it’d be interesting to hear what they would pick as far as design.”

One of the requirements to earn the Democracy Badge is for Girl Scouts to talk with city leadership and learn how a city is run. The city set up a panel with the city manager, assistant city manager, public works director, the community development director, the police chief, the fire chief and Shadle. The girls got to sit behind the dais and pose questions to the panel.

Ahead of the meeting, Shadle reached out to playground equipment companies and asked for design proposals, using the Girl Scout letters as a reference. The city received six different designs, which the Brownie and Junior Scouts had the opportunity to vote on during their meeting.

“I printed those out and put them on like a few sheets of paper, and I created a ballot, because that also was part of their badge criteria; they had to go through the voting process to get the badge,” Shadle said.

During the meeting, the girls voted on the design that they liked best. The chosen design is in the ordering process now, Shadle said.

Following the meeting, the Brownie and Junior Scouts voiced their disappointment with the park being closed and shared their ideas for improving the park during the public comments section of the March 1 City Council meeting.

Shadle felt like the park closure was an opportunity to turn something negative into a learning experience.

“To me, it’s important that they have an opportunity to learn that regardless of what city they’re living in, they should be able to voice their opinion and go to the city with recommendations and ideas and they can be heard,” Shadle said. “And I think that’s an important lesson to learn early.”

The Department of General Services will hold a groundbreaking event at Sea Canyon Park on May 18 at 4 p.m.

Over the summer, the city will remove the existing sand and play structures and install a new, tot-sized playground and rubberized floor.