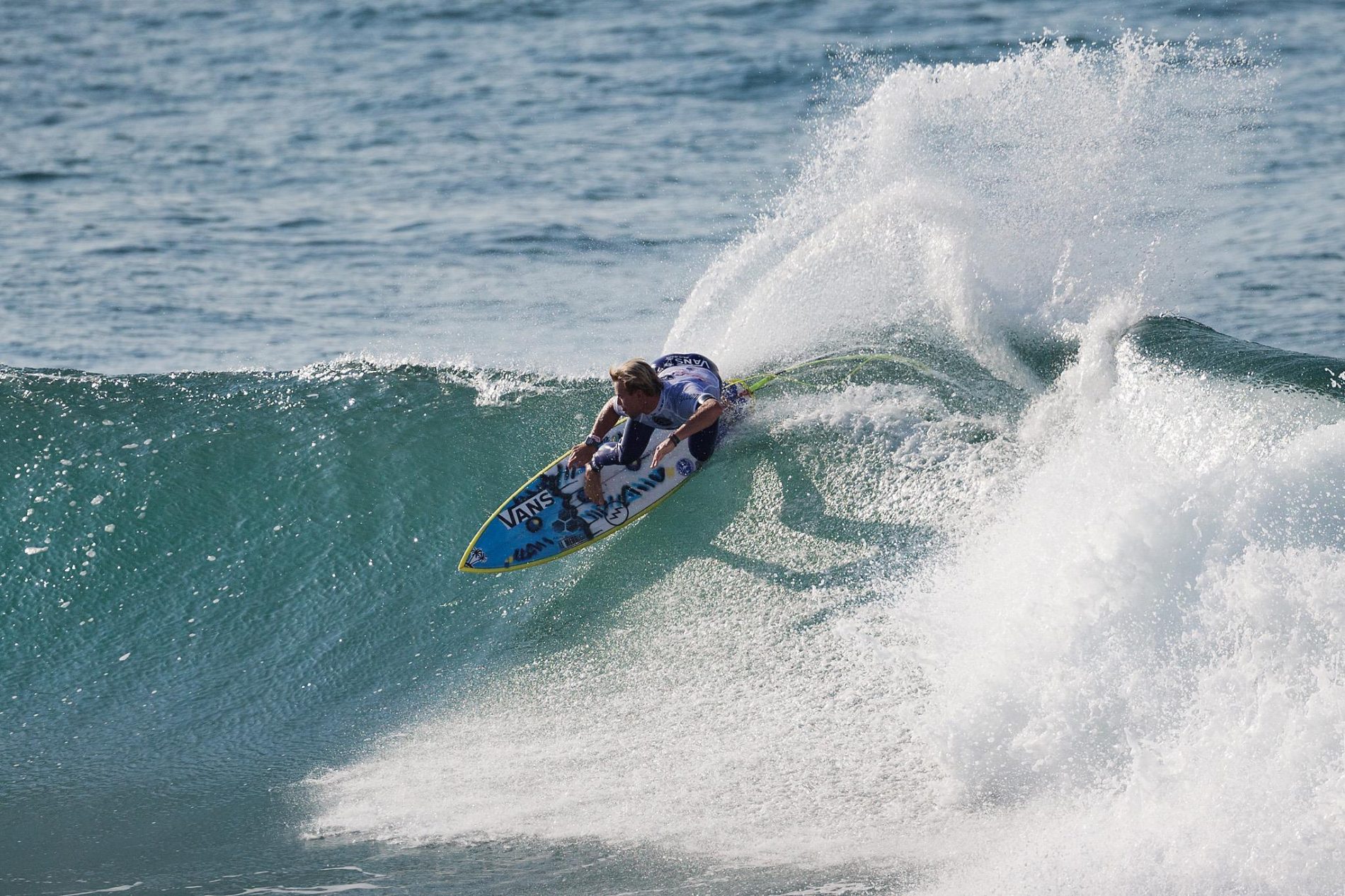 It’s that time of year again—we’re in the dead of summer and the U.S. Open of Surfing is landing in Huntington Beach.

For area surfers this means two things. First, Lowers will be more crowded than usual. The preferred haunt for most of the competitors, expect them to find their way from Surf City to San Clemente for some practice sessions. Consider yourself warned.

Second, and of considerably more importance, the Open is the first and only chance during the 2017 WSL Qualifying Series that American surfers will be able to compete for major points on native soil (or sand, as the case may be). Right now, Griffin Colapinto finds himself ranked seventh on the QS rankings with a very real chance of qualifying for the 2018 WSL Championship Tour. A couple of years ago, Colapinto won the Pro Junior event at the Open, so experience in the circus-like environment shouldn’t be an issue. Plus, his brother, Crosby, is in the main event as well, and a little family support could go a long way. It would be great to see the young gun jump onto the Championship Tour next year, and a result at the Open goes a long way in accomplishing this.

A few ticks down the rankings, Ian Crane is sitting at 21st on the QS. He’s holding onto a couple good results already, and should he decide he wants to join his pal Kolohe Andino on the Championship Tour full-time, he’s going to need buckle down at the Open, skip a couple autograph signing sessions and get down to business. He has talent in abundance and his surfing is kinetic and interesting. He’d be an interesting addition to the world tour if that’s something he wants to pursue.

Another pair of recognizable brothers, Patrick and Tanner Gudauskas, are also looking to the U.S. Open to kick-start their push back into the big leagues. Both have spent time on the Championship Tour in years prior, and getting back there’s an obvious goal. Patrick is currently ranked 27th, while Tanner is a little further down the line at 38th. Both are seasoned vets and know what it takes to make it deep at the Open. So far this year, neither is holding onto any really strong results, but the QS season is long and there are plenty of opportunities in the second half of the year. That said, their respective campaigns have to start in Huntington Beach if they’re going to build some momentum by the time they hit the Hawaiian leg at the end of the year.

As far as the surf outlook goes, get all your chores and work done this week, because next week is looking like it’s going to pump. Starting on Saturday, July 29, there’s a strong chance that a steeply angled tropical south-southeast swell will start to fill into the Southern California window. For the last week, there have been three tropical storms marching through the Pacific off the coast of mainland Mexico, and while the first two, Greg and Irwin, won’t do much for us, the Pacific Hurricane Hilary is expected to bring the heat. There is also a sizable low pressure system developing in the Southeast Pacific, which will reinforce the tropical swell with a shot of long-period swell due to arrive Aug. 2-4. All told, for the duration of the contest the Surfline extended forecast is calling for the surf to remain in the shoulder to overhead range, with a few bigger days thrown in for extra spice.

And if surf’s not your thing, there are plenty of other options at the U.S. Open. Vans has done a commendable job designing the Vans Pro Park and ensuring that both the skateboard and BMX events are just as prestigious as the surf. It’s a great chance to see world-class skaters and riders rip through the bowls and blast big airs. Worth checking out is also the Van Doren Village, which will host art exhibitions and a number of hands-on creative workshops. The concert series has been eliminated to try and keep the chaos to a minimum, but other than that, let the good times roll. There’s a full schedule of events available online at www.vanusopenofsurfing.com if you’re looking to plan at day at the Open.

The Vans U.S. Open of Surfing runs from July 29 through Aug. 6 on the south side of the Huntington Beach Pier. You can watch it all live online, or you can load up the wagon, cruise up PCH and cheer on all the local surfers and skaters competing.