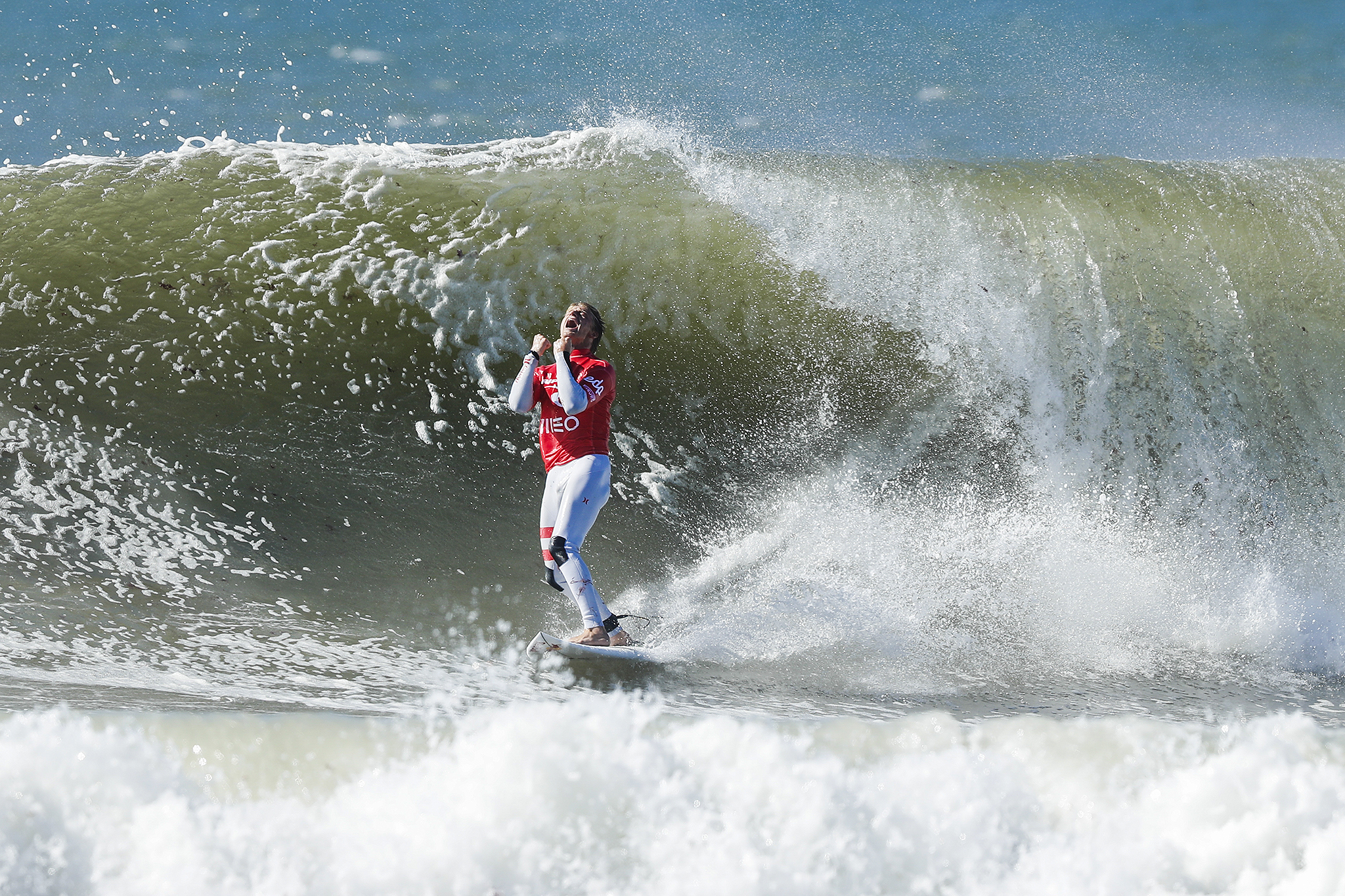 Bring On Hawaii: Local surfers set their sights on the Triple Crown of Surfing on the North Shore of Oahu

Last year in Hawaii, Griffin Colapinto turned heads at the Triple Crown. Thanks to a monster air he landed at the Hawaiian Pro at Haleiwa, if last year was the San Clemente kid’s introductory party, this year has the potential to make his young career.

With the end of the 2017 World Surf League season rapidly approaching, next week marks the start of the last lap: the Vans Triple Crown on the North Shore of Oahu. The three-contest series will start with the Hawaiian Pro at Haleiwa (Nov. 12-24), then move up the Kam Highway to the World Cup of Surfing at Sunset Beach (Nov. 25 – Dec. 6) before finally concluding with the World Pipeline Masters (Dec. 8-20). The first two contests are both highly rated qualifying events with lots of points on the table for up-and-coming pros looking to make the jump to the prestigious Championship Tour in 2018. Currently, Colapinto is ranked seventh on the qualifying series with a very real possibility of graduating to the big dance next year, but it’s going to take a lights-out effort at Haleiwa and Sunset to get there.

At the start of October, Colapinto was sitting in a precarious position at 10th on the qualifying series (the top 10 surfers from the qualifying series (QS) for the next year’s Championship Tour, putting Colapinto on the proverbial “bubble”). Thanks to a clutch fifth-place finish at the EDP Billabong Pro Cascais in Portugal, Colapinto shot up the ratings a few spots and is now in a more comfortable position to control his future.

“My goal this year has been to win a QS event,” explained a somewhat disappointed Colapinto after getting tripped up against eventual contest winner Zeke Lau in the quarterfinals.

At this stage in the game, a win would be nice for Colapinto, but a couple solid results in Hawaii will gladly do. There are a number of surfers nipping at his heels who would love to slide into a spot on tour next year, so not only does Colapinto have to concern himself with his own performances, but there’s acute pressure coming from those breathing down his neck.

Meanwhile, a little further down the rankings, San Clemente’s Pat Gudauskas is sitting at 16th, and although he has a lot of work to do at Haleiwa and Sunset, at this point in his career he’s playing the role of cagey veteran hoping to take one more shot at joining the world’s best. Gudauskas was in Portugal with Colapinto, but ended up losing out earlier in the contest. He’s had a few ups and downs this season, but it’s worth noting that Gudauskas is having his best year on the qualifying series since 2011. He did a brief stint on the Championship Tour, but fell off in 2010. He’s surfing better than ever and could prove to be a big threat to those less experienced surfers in the Triple Crown. Plus, he’ll have his brothers, Tanner and Dane, in his corner, which is always good for the positive vibes.

And speaking of the Championship Tour, hometown hero Kolohe Andino has enjoyed a solid back half to the 2017 season. After a well-earned third-place finish at the Rip Curl Pro Portugal, he’s heading into the Pipe Masters (the only one of the Triple Crown contests that is a Championship Tour event) ranked eighth in the world. Safely qualified for the tour in 2018, he’ll have nothing to lose and everything to gain at the world’s most prestigious contest.

“I feel like I finally showed how I can surf, especially yesterday, so I’m stoked on that,” said Andino after the contest in Portugal. “Six years on tour and I feel like I’ve never surfed at 100-percent, and yesterday I feel like I did that, so I’m really happy. I’m trying to be honest with myself and get better at the things I need to get better at, so I’ll continue to work hard on that.”

The world title this year is between Hawaii’s John John Florence and Brazil’s Gabriel Medina, but thanks to Colapinto, Gudauskas and Andino, there will be no shortage of local drama playing out on The Rock this winter. The Hawaiian Pro starts next week, tune into www.worldsurfleague.com to catch all the live heats and scores, and hopefully watch a couple of our boys ride to glory.