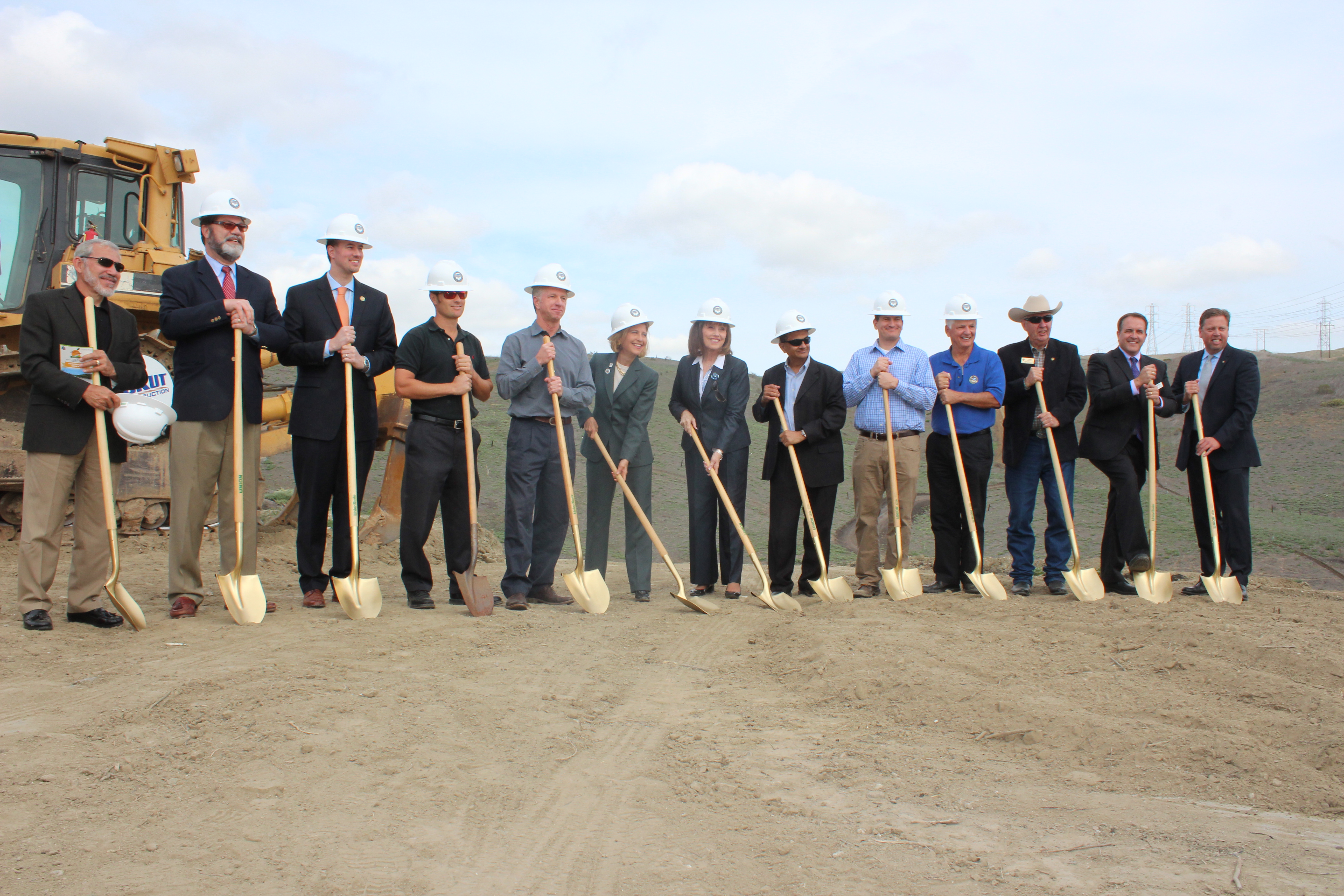 San Clemente, San Juan Capistrano and Orange County officials smiled throughout the Friday, April 4 groundbreaking ceremony to celebrate a more than 50-year journey to provide a link between the two cities and an additional option for area drivers.

Work will soon begin to extend La Pata Avenue from its northern terminus at the Prima Deschecha Landfill in San Juan Capistrano to San Clemente, just past Calle Saluda, where the road is called Avenida La Pata. The project will cost about $73 million and should be completed by the end of 2016.

One speaker after the next spoke of the project’s long road to actuality. City connection plans were initially put on the county’s transportation radar in 1963. La Pata Avenue began as an access road to the landfill in 1970. In San Clemente, Avenida La Pata, the road was mentioned in the 1982 general plan and in planning documents for Talega and Forster Ranch—meaning local residents have been waiting decades for this project to get moving.

“This is something we wanted, that we hoped for and asked for, for years,” said San Clemente Mayor Tim Brown. “What was promised is now being done. It’s really the most important road project since Interstate 5 came through the city.”

Rather than simply being an interesting path for hikers, Bates said, the corridor project would soon provide a way to bring south county cities closer together.

Funds for the project primarily come from Measure M reserves. The measure is a half-cent sales tax Orange County voters approved levying on themselves in order to provide infrastructure improvements. Both cities will also provide funding, as will the county’s department of waste and recycling.

Safe-alternative routes to I-5 providing residents an out to travel both north and south in the case of an emergency have long been a concern in south Orange County. The safety issue is one San Clemente City Councilwoman Lori Donchak has focused lobbying efforts in Washington and Sacramento on.

Soon after the speeches, officials from across the county tossed the first clumps of dirt from ceremonial gold-colored shovels—signifying the project’s start.

In December, the county’s board of supervisors contracted with Sukut Construction, Inc. of Santa Ana for the $72.7 million project. The project will include multiple phases, the first of which will close the gap. The second phase will see the widening of La Pata Avenue from three to five lanes.

Mike Crawford, president of Sukut, said there are a number of topographical challenges facing the project, including filling in canyons, but “It’s what we do.”

“We’ve done jobs on difficult terrain before. It’s not an easy project by any stretch, but it’s what we do.”