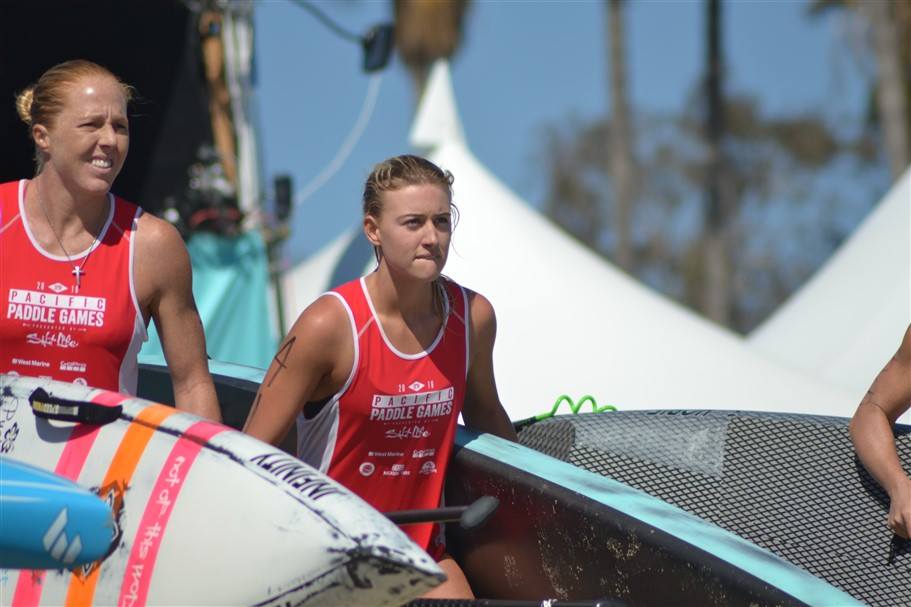 Bouncing Back: Shae Foudy returns from injury to compete at Pacific Paddle Games

The 18-year-old stand-up paddleboard phenom grew up in the waters at Doheny State Beach where the Games, the largest event on the SUP calendar, will be held this weekend. A true child of the ocean, Foudy learned how to surf on a longboard in the waves at Doheny when she was just three years old.

At last year’s Pacific Paddle Games, she nearly had the breakthrough she had been looking for since turning professional at the age of 14. She placed third in the women’s technical race and second in the distance race to finish second overall at the SUP world’s equivalent of the Super Bowl.

Her performance vaulted her up to No. 5 in the www.supracer.com world rankings.

But just weeks after her big showing at the Games, Foudy felt a sharp pain in her left knee while out on a run. The pain eventually spread to both legs. She continued to train, but the pain was overwhelming.

A trip to an orthopedic surgeon revealed that Foudy was suffering from Pes Anserine Bursitis, which causes inflammation of a tendon on the inside of the knee. There is no instant cure, which meant Foudy had to slow down her training, just when she was ready to carry momentum into a new season.

“I literally couldn’t do anything for months. It was gnarly,” Foudy said. “I would have rather broken my bone or tore a tendon because I could have gotten surgery. But with this, it’s a waiting game.”

Sidelined and slightly discouraged, Foudy could not do any strenuous exercise for four months while waiting for the inflammation to die down.

She started to go stir-crazy, sitting around knowing that her competition was out there putting in miles and gaining experience while she wasn’t.

Her condition also began to play tricks on her mind.

She would work up the strength to go out and paddle for half a mile, convincing herself she’d be fine. She returned to shore and felt good, telling herself things were finally beginning to turn around. It was all just a fake out because a day later, the inflammation and tightness would return and last for another week.

But all of that downtime turned out to be a blessing for Foudy.

She decided that once she was fully healed, she would devote herself to the sport like never before. She had her doubts about her ability to do so, but she made it her mission.

The date circled on her calendar for the big return was Saturday, Sept. 30, 2017. She knew if she trained hard enough, the Pacific Paddle Games would be the perfect spot for her comeback.

“This injury made me come to the light and see where my life was going and where my career was going,” Foudy said. “Now it’s total devotion. I committed myself and I’m going to give it my all.”

Foudy gained a new sponsorship over the last year and she now rides for Dana Point-based Infinity. One of the local Infinity riders is SUP legend and San Clemente native Candice Appleby. When Foudy was 14 she defeated Appleby, along with some of the best SUP paddlers on the planet, at the Santa Monica Pier Paddle race, for her first big professional win. Foudy and Appleby, the most accomplished female SUP paddler in the sport, have become fast friends over the years and they are now training partners.

Foudy and Appleby train five times a week together, pushing each other while working on their skills in the water.

Foudy had to relearn how to use the strength in her lower body in order to finish the grueling training sessions. She said she is feeling stronger and stronger every week.

Foudy, now the 14th-ranked SUP paddler in the world, has competed just once on the professional circuit since the injury, at the Colombia Gorge Paddle Challenge in Oregon on Aug. 20. She placed 11th overall, including a fourth-place finish in the women’s elite course race.

It was a promising start, she thought. But now the big test is here. She’s been waiting for the moment long enough.

“There is a lot of symbolism behind this race for me. It’s reclaiming my life and kicking my injury to the side,” Foudy said. “I want this race to be my comeback. This is my race.”