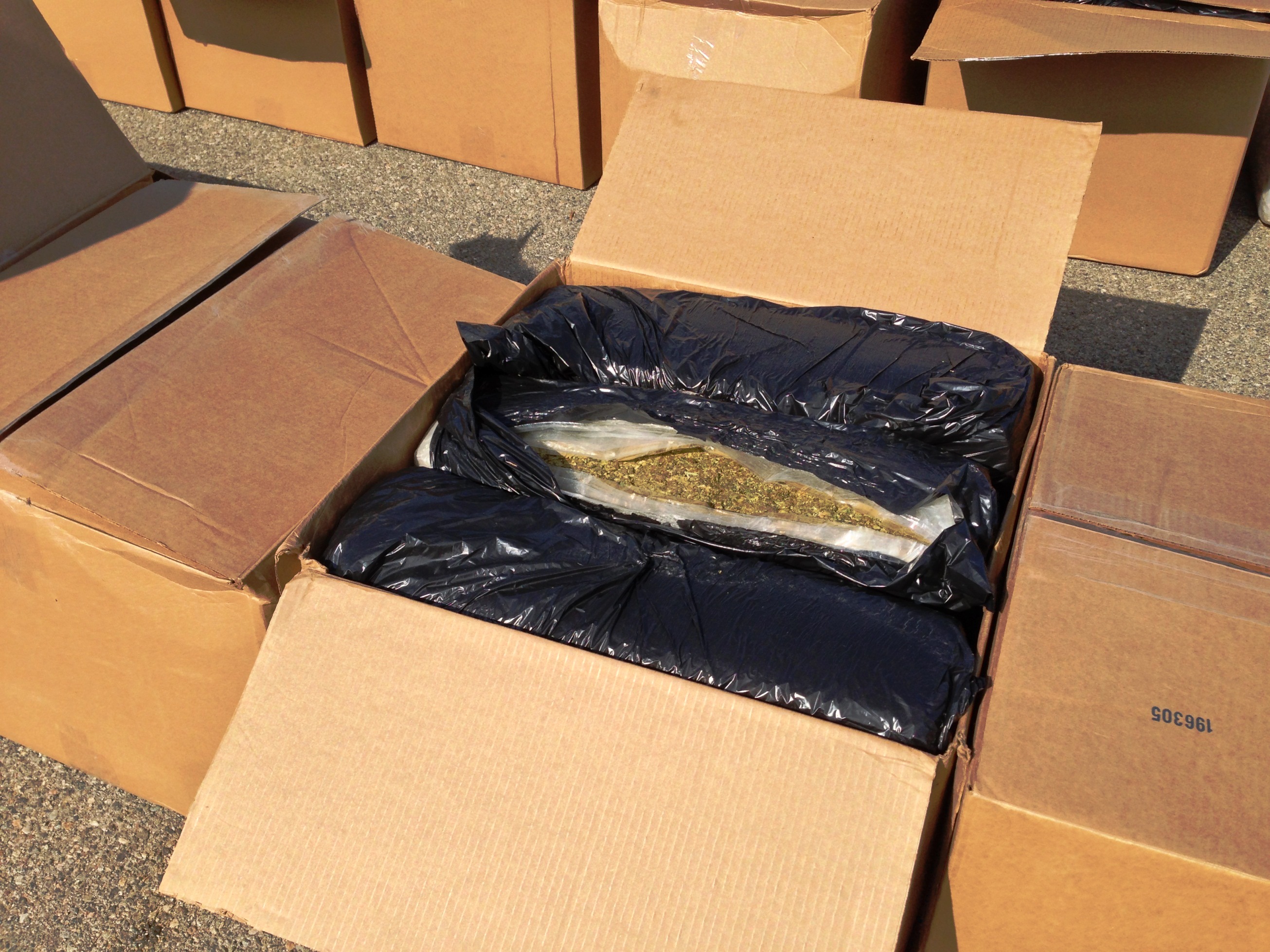 In one major bust Friday, U.S. Border Patrol agents seized more than nine tons of marijuana worth an estimated $15 million at the checkpoint south of San Clemente, federal authorities said.

Agents with the Commercial Vehicle Interdiction Squad stopped the driver of a tractor-trailer around 12:50 p.m. as he passed through the 1-5 checkpoint, and after questioning directed the 43-year-old man to a secondary inspection station, according to a press release from the U.S. Customs and Border Protection.

During a second inspection, agents were alerted to the trailer by a K-9 unit. Agents opened the read doors of the trailer to find stacks of pallets and cardboard boxes, the release said. A green, leafy substance was found in one box and tested positive for marijuana, authorities said.

“This seizure by our agents helps weaken the transnational criminal organizations who attempt to use our roadways to conduct their illegal activities,” said Paul Beeson, chief patrol agent for the Border Patrol’s San Diego Sector.

Agents unloaded the truck and found a total of 218 boxes filled with marijuana, weighing about 18,000 pounds, the release said. According to officials, the marijuana has a value of $14.7 million.

The driver, tractor-trailer and marijuana were handed over to the Drug Enforcement Administration for further investigation.