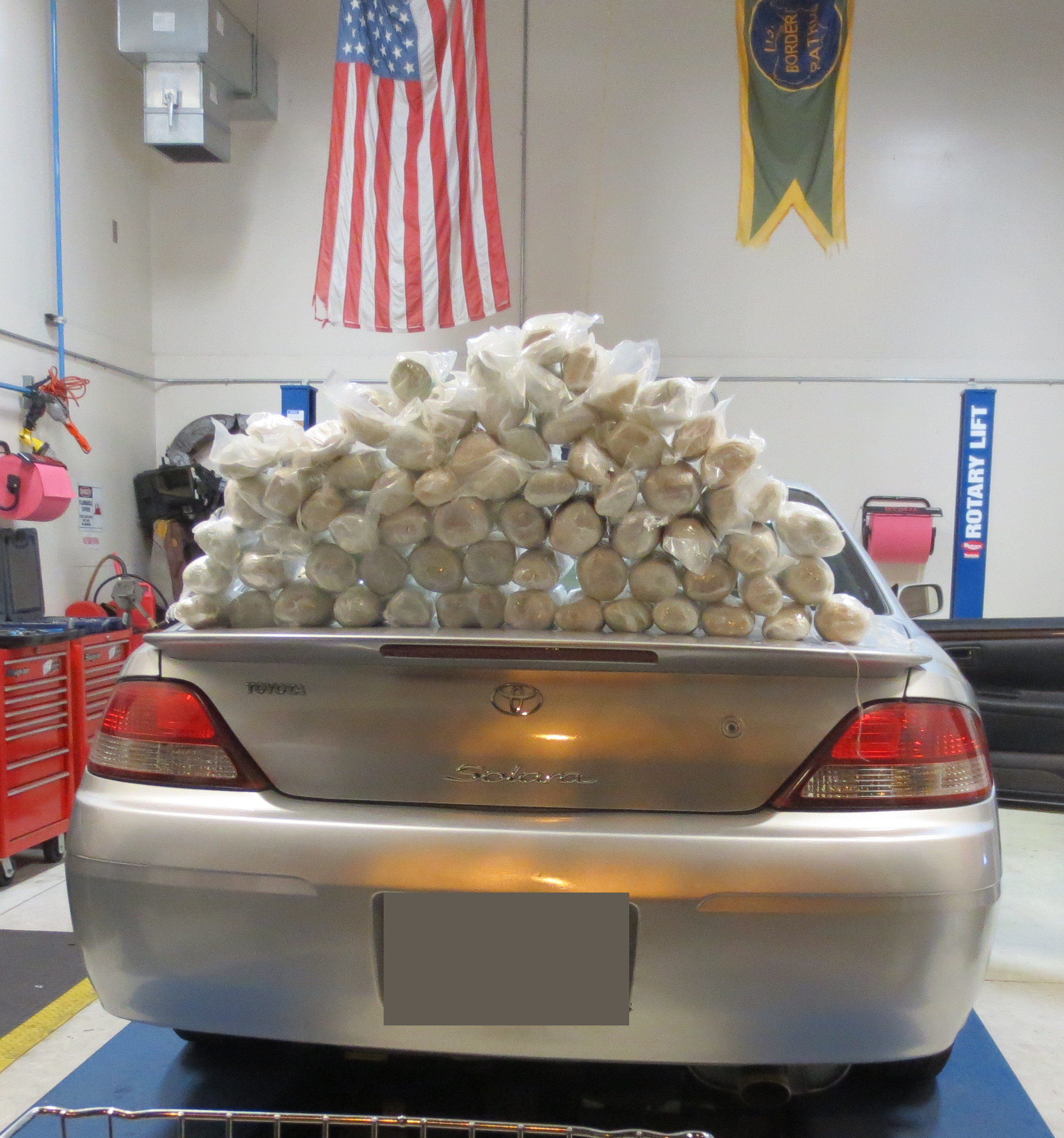 Border Patrol Agents Seize More than $1.3 Million in Drugs on I-5

U.S. Border Patrol agents at the Interstate 5 checkpoint south of San Clemente arrested two men Wednesday, one north of the checkpoint and the second one at the checkpoint. Together, the two men had more than $1.3 million worth of hard narcotics.

The first arrest occurred when agents on patrol observed a suspicious vehicle heading north and initiated a vehicle stop at Crown Valley Parkway at approximately 1:30 p.m. The driver of the 2008 Toyota Camry was a 44-year-old U.S. citizen who indicated he was traveling to the San Fernando Valley. Agents requested and received permission to conduct a K-9 sniff of the sedan. The K-9 search resulted in a positive alert. Agents searched the vehicle and allegedly found multiple bundles of narcotics hidden inside a false compartment. The packages contained 1.21 pounds of black tar heroin, 17.20 pounds of China white heroin and 22.38 pounds of crystal methamphetamine and have an estimated street value of $573,720.

Hours later, a second arrest took place at the I-5 checkpoint. The driver, a 25-year-old U.S. citizen, arrived at the checkpoint driving a 2001 Toyota Solara and was referred to secondary inspection. At secondary, the driver consented to a K-9 sniff of the vehicle that resulted in a positive alert. Agents searched and allegedly discovered 69 packages of methamphetamine in the rear quarter panels of the vehicle. The methamphetamine weighed a total of 82.36 pounds and has an estimated street value of $823,600.

The narcotic bundles from both events have a total estimated street value of $1,397,320. The two men and narcotics were turned over to the Drug Enforcement Administration. The vehicles were seized by the U.S. Border Patrol.