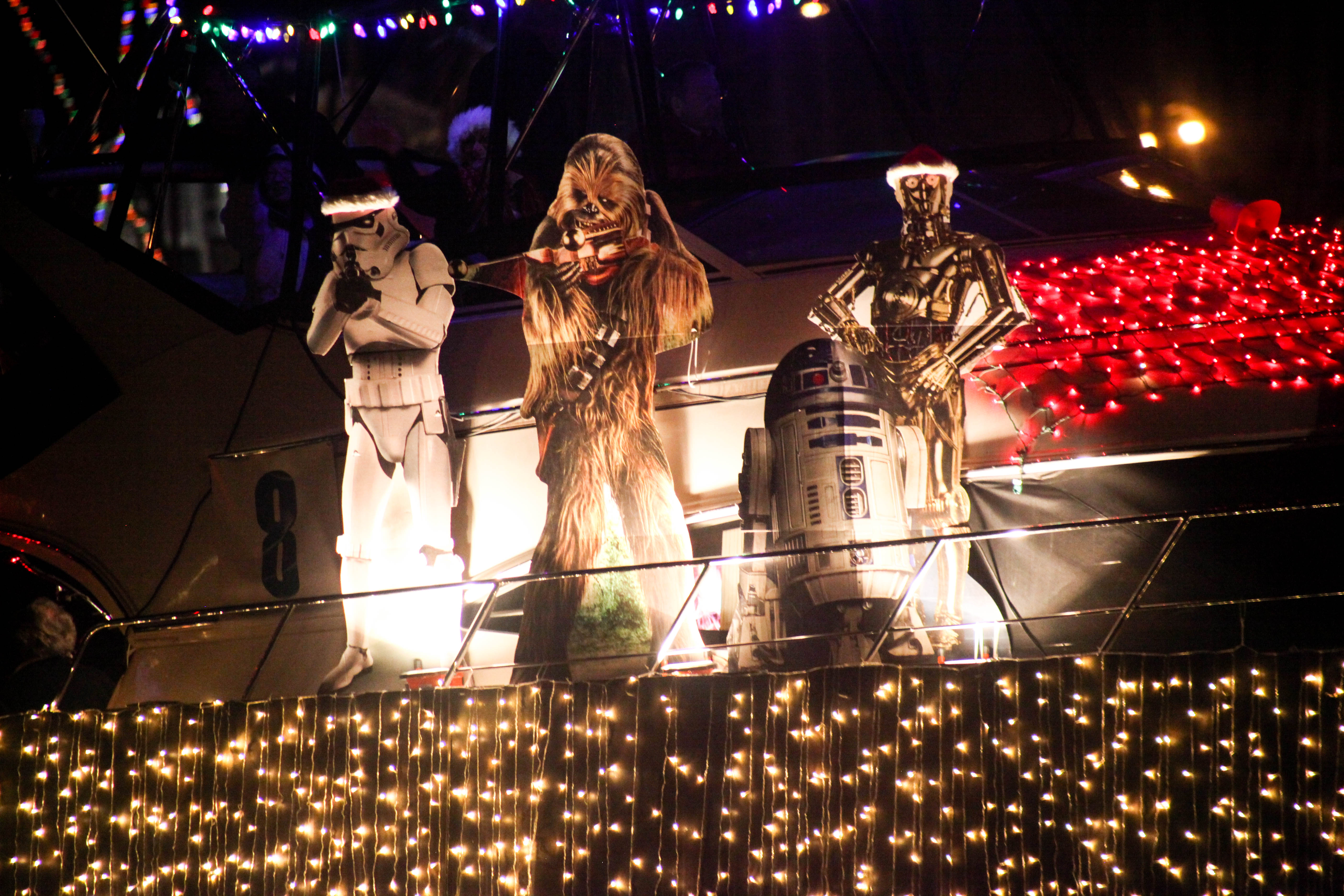 Boat Parade Out of this World

The Dana Point Boat Parade of Lights kicked off weekend one Dec. 12 and 13 as boats decorated to fit with this year’s theme, “A Galactic Holiday,” circled the Dana Point Harbor, vying for prizes in the 41st annual, four-night event.

Dozens of boaters fully embraced the theme, featuring Star Wars costumes, characters and music, alongside the requisite twinkling lights by the thousands.

The Boat Parade of Lights will finish its 2015 run on Friday and Saturday, Dec. 18 and 19. Viewing is free from anywhere along the water’s edge in the Harbor.

Boats are being judged each night in categories such as Best Theme, Best Use of Lights, Most Original, Most Colorful, Best Animation, Best Dressed Crew and more.

The Judges’ Choice Cup will be awarded to the boat earning the most points over all four nights of the parade.

A Mayor’s Cup trophy and many other trophy cups sponsored by local businesses, cash and prizes will be awarded on Sunday, Dec. 20, at a special contestants-only breakfast hosted by Harpoon Henry’s.