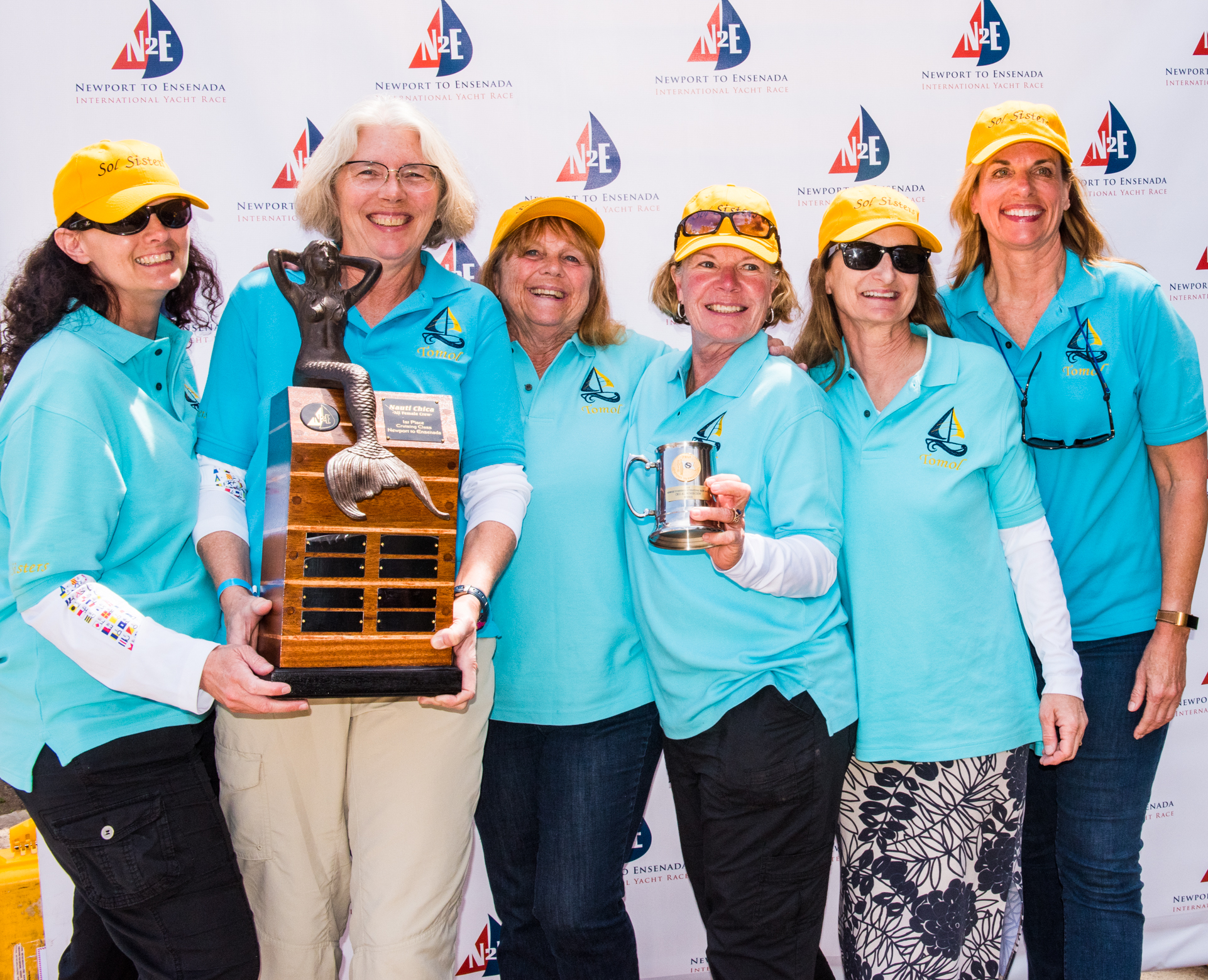 This year, on April 28 and 29, under first-year skipper Sue Griesbach, Dana Point Yacht Club’s boat the Tomol and its all-female crew took first place in the Cruz Non-Spin class in the N2E. The crew finished with a time of 24 hours, 38 minutes and 58 seconds and a final race rating of 154.

The crew, ranging in age from 55-70, arrived in the port of Ensenada after an overnight sail full of tumultuous trials.

“We broke the whicker-pole in the middle of the night,” Griesbach, 60, remembered. “In races like this, you almost always have to overcome adversity, and this group came together. We really clicked as a team.”

Griesbach said that in her life-long experience as an athlete, this race represented a special moment of teamwork for her.

“You’re literally in the same boat,” Griesbach laughed. “We have only really gotten to know each other as a crew in the last few months, but I feel like we’ve really bonded as a crew for this win.”

She noted that with their similar ages, the crew was able to bond over similar life experiences.

For their win, the Tomol crew took home the “Nauti Chica” trophy. The Tomol was the first boat to receive this new prize. This trophy—sponsored by a group of women sailors called the “Nauti Chicas”—was created to encourage new female sailors to participate in the N2E race.

Griesbach said that light winds, similar to Dana Point conditions, created a race environment conducive to their strengths. Often, boats from other parts of California and beyond have the advantage of greater experience in gustier conditions.

Anne Eubanks is the commodore of the Dana Point Yacht Club, and noted that she was especially proud of the warm reception the crew received upon arrival in Ensenada from more than 50 yacht club members.

“I’m so proud of the way that our club supports each other,” Eubanks said.

For a full list of results, including more boats from DPYC, visit www.nosa.org.