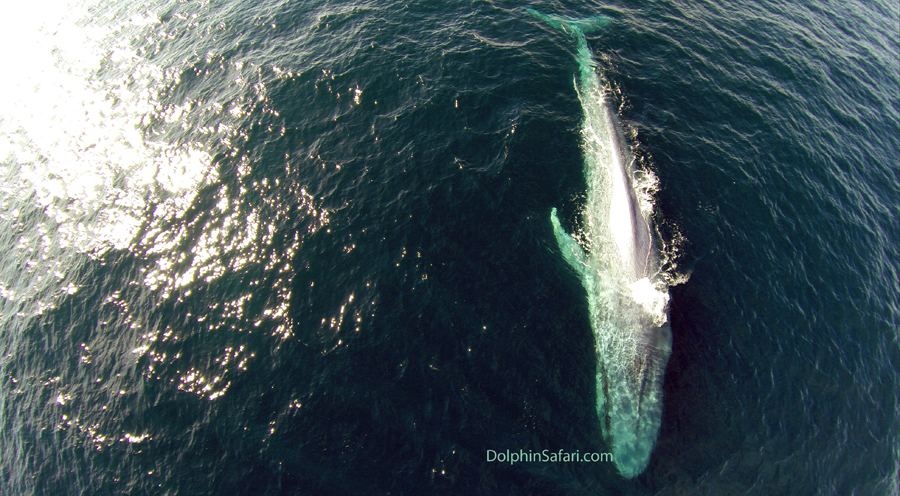 By all accounts, this has been a record breaking year for gray whale sightings.

As of last week, Dana Wharf recorded seeing 1025 gray whales this season, up from a total of 592 in 2013. Gray whale migration season typically runs from December through April, but local companies are still seeing the whales in force as they migrate north from their breeding grounds off Baja California.

On May 5, Capt. Dave’s recorded sightings of 26 gray whales, predominately in cow-calf pairs. The whales are sticking close to the shoreline and giving whale watchers and beachgoers quite the show.

Gray whales have been noted in the surf, in tight coves and even entering the Dana Point Harbor. In one instance last week, grays were seen breaching and playing right off the Laguna Beach coast.

Numerous grays are being seen, but the world’s largest mammal is now moving its way through as local whale watching companies are now seeing blue whales returning to Southern California waters. It’s not necessarily the earliest blue whale sightings have been recorded but typically they are not seen until June.

“Every year with the blue whales it is like we are writing a new chapter in a book that hasn’t been written yet,” said Dave Anderson, owner of Capt. Dave’s. “There really isn’t any normal (for the blue whale), because we write it (the chapter) and it gets changed every year.”

Thursday three blue whales were spotted, leading Anderson to believe they’ll soon be seen daily. Among the group was a blue known to Anderson as “Dana.”

The whale was documented last year and cataloged by Anderson and his crew. Dana, who is believed to be a female, was being chased by another whale. This year, Dana was spotted with two others. Anderson hopes by seeing Dana next year, researchers will learn more about the whale’s habits and circles he/or she swims in. It’s just part of the process in learning more about the endangered species.

Anderson’s crew started compiling their sightings of the mammal last year. The catalog now contains photos and documents blue whale encounters, among others. It is also being shared with the nonprofit Cascadia Research Collective in Olympia, Washington, and experts on threatened marine animals.

“We don’t know exactly where they go,” Anderson said of the blues. “We think they could go as far south as the Costa Rica Dome and the Sea of Cortez off of Baja, but there may not be one specific spot.”

With added sightings and documentation, Anderson said that’s one thing that could change.