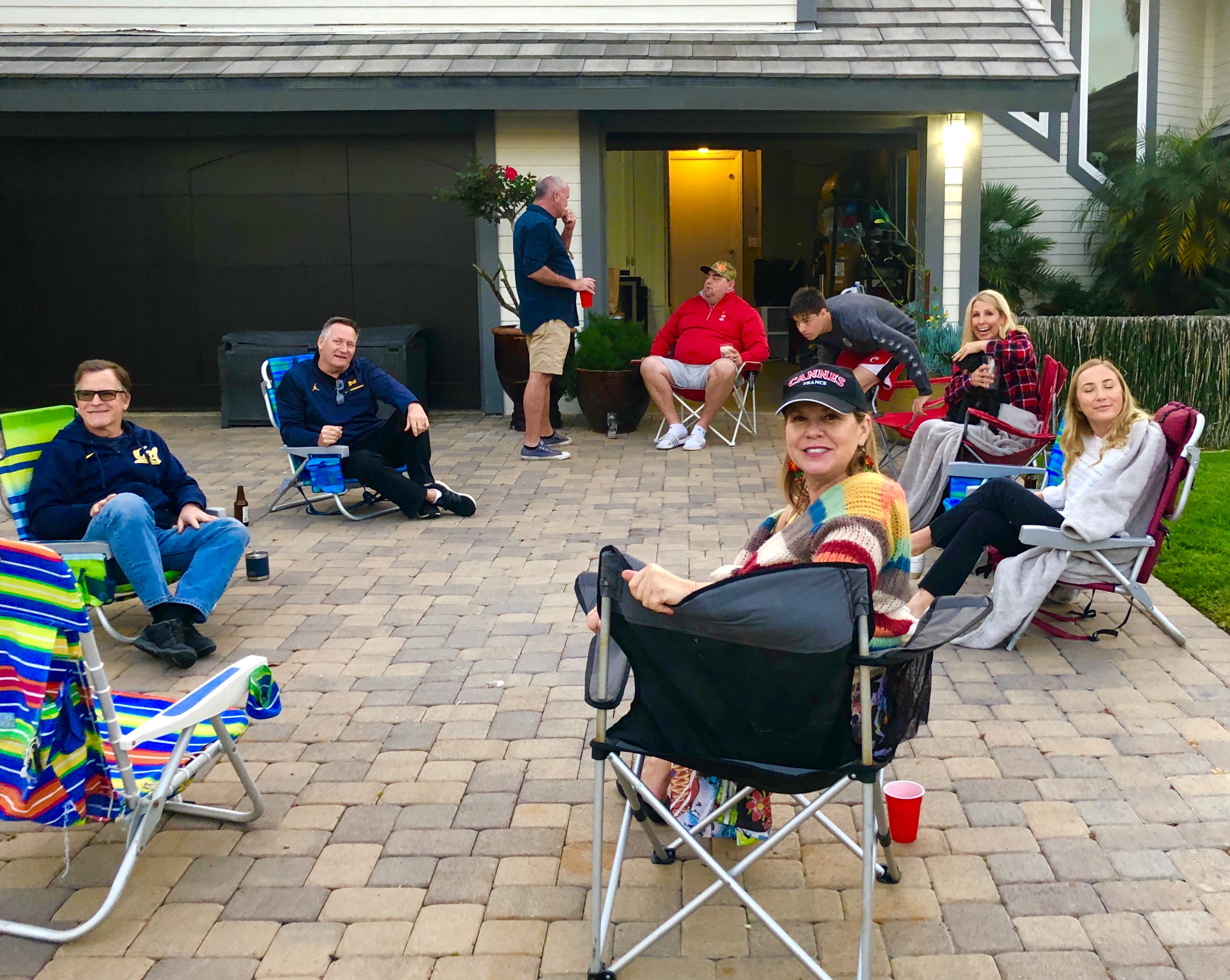 It’s official. Social distancing is now the fastest entry into our fabled Urban Dictionary. No one quickly, nor anyone with memories of these times in the future, will forget the newest indelible buzz phrase of the year 2020. It may still sound scary in front of the booming media drumbeat of impending doom, but who needs to constantly listen to that?

Not Paula Hakkaart and apparently not many of her neighbors along the Street of the Blue Lantern. After a couple of weeks cooped up in hibernation, Paula figured it was time to lighten the mood.

Hakkaart, a mother of three, and college-aged young adults living along the lower leg of Blue Lantern felt inspired to organize a “musical walk-by” on the evening of Saturday, March 28. The flyers she distributed expressed a guideline-safe “social distancing” while promoting a get-out-and-groove musical hour or two. Others liked the idea and spread the word on their NextDoor app.

“I just thought it would be a fun idea if we all sat in our garages, or out in front of our house and play music,” Paula said. “People could all walk by, and we could greet each other, because that’s about all we can do right now.”

Playing ’80s music on her sound system and not knowing what to expect, the instigator promoted her idea on the evening of the event with colorful signs in front her three-story home. She offered free giveaways of used paperback books and CDs left over from her recent spring cleaning—a thoughtful idea that happily surprised a few unsuspecting browsers.

Dressed colorfully in a flattering, flowing spring dress, Paula enthusiastically greeted each car as it passed with most riders offering at least a wave, many slowing to roll down their windows and say hello. Other folks were strolling up and down the slope with an abundance of friendly interaction. Nearly everyone stopped, and the safe communal contact seemed contagious (only in the best way).

Before long, unfamiliar neighbors were introducing themselves and making friends—all strictly maintaining the required six-foot distance. Despite the designated personal space, a closeness seemed to quickly develop.

Up-the-street-neighbor Mike Metz and his wife Lisa, who have been residents on Blue Lantern for three decades, ignited an unexpected common interest in car culture with the hostess. Each was admiring their respective automotive prized possessions: Paula’s sleek black 1987 Alfa Romeo Spider and Mike’s rare 2017 Cadillac CTS-V muscle car. Neighbor and new friend George Squires joined the conversation with a mention of his must-see Acura NSX supercar parked in his garage, and the party was set in motion.

“We ought to do more of it,” Mike Metz said succinctly.

What better way to deal with these times of uncertainty during the first week of spring than to sow the seeds of communal solidarity? As Paula said, “It’s time to share the music, not the virus.”