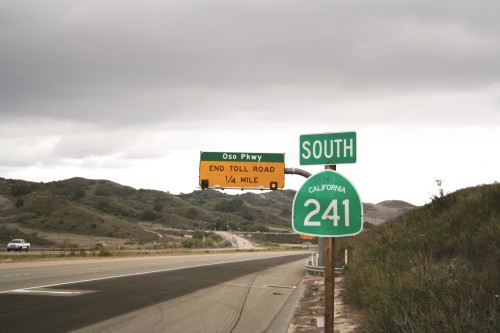 Legislation authored by Sen. Patricia Bates (R-Laguna Niguel) addressing concerns to extend the 241 Toll Road through San Clemente has been placed on the backburner for the remainder of the 2020 Legislative circuit, set to end on August 31.

Senate Bill 1373, which state senators had passed in a 24-6 vote last month, would have banned the southern extension of the 241 and its cutting through the city. The state Senate’s vote had sent the measure to the Assembly to take up discussion, but hopes of its passage this year are now moot.

“Although I am disappointed that there is not enough time this session to hear SB 1373, which was passed by a bipartisan majority in the Senate, South Orange County residents can rest assured that I will continue to fight for transportation solutions that benefit our entire region,” said Bates in a press release issued by the city of San Clemente on July 16.

The California State Assembly’s Transportation Committee will be refocusing its attention toward “COVID-19, economy recovery, and wildfire-related issues,” according to a press release issued from Bates’ office last week.

This new trajectory not only postpones SB 1373, but other non-related legislation as well, until after the end of the legislative cycle. This comes after the Assembly was forced to reduce the number of in-person bill hearings and floor sessions to abide by the governor’s orders.

“Although I am disappointed that there is not enough time in the 2020 legislative session to hear SB 1373 and other bills pending in the Assembly, it is understandable that the Legislature must focus on immediate public health, public safety, and economic needs,” Bates said in her press release.

The current iteration of SB 1373 was introduced following the Transportation Corridor Agencies’ vote to abandon proposed plans of extending the 241 Toll Road through San Clemente back in March.

With the bill essentially dead in the water for 2020, Bates plans on reintroducing a newly tailored version of SB 1373 following this year’s legislative session. Details of the bill’s new alterations have yet to be released.

Along with SB 1373, Bates’ other measures, Senate Bill 283 and Senate Joint Resolution 11, will also be postponed to the following legislative session. The senator also plans on reintroducing new versions of both measures once the new session resumes.