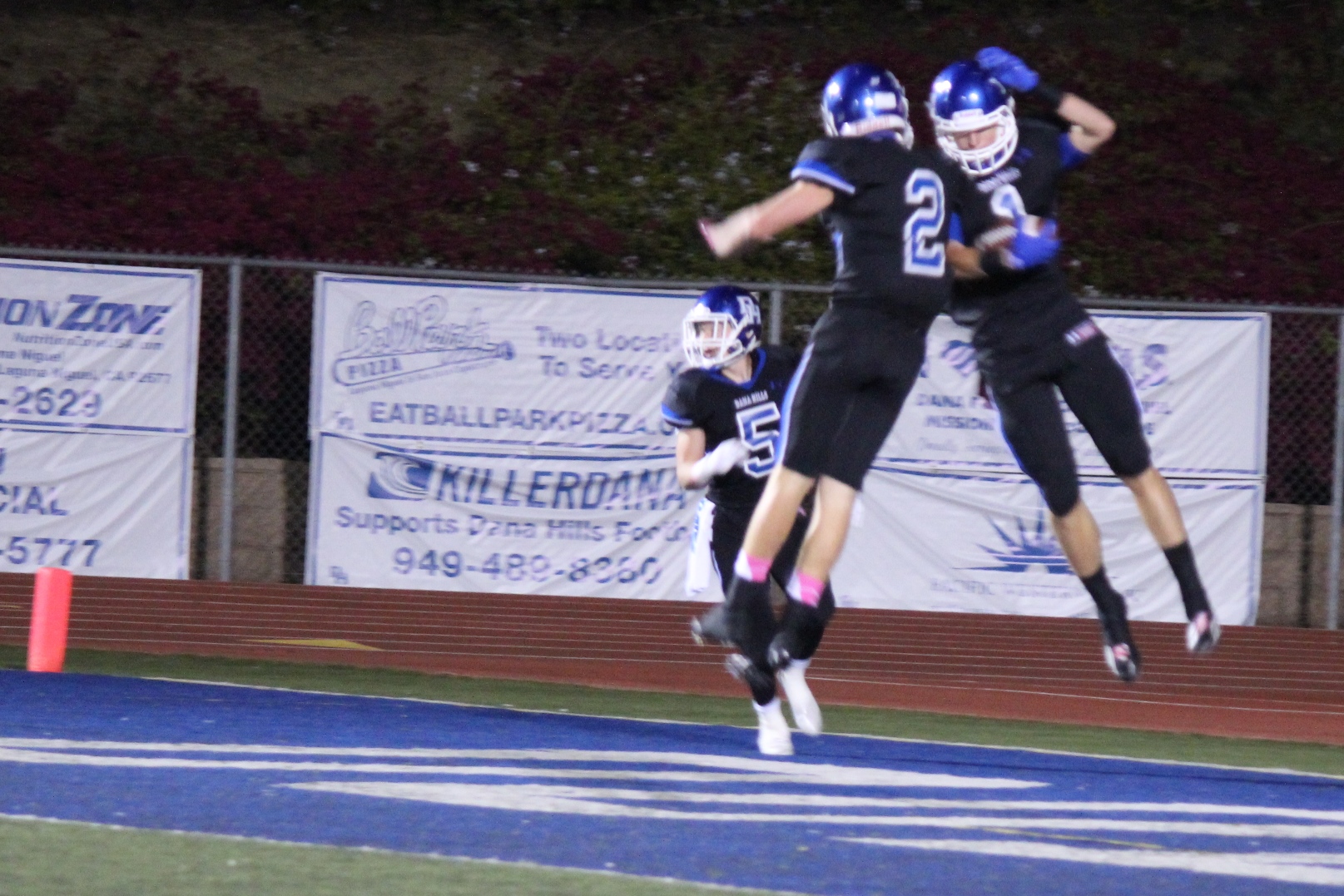 The Dana Hills football team was searching for the big play over the course of their nonleague schedule. They had a few along the way but when they needed one most, like in their Sea View League opening match against Aliso Niguel on October 11, Sean Schulte was more than willing to provide.

Schulte took the opening kickoff 88 yards, cutting back across the Wolverines coverage team twice, to score the first touchdown of the night and kick start a convincing 52-7 Dana Hills victory. Schulte would end the night with two receiving touchdowns and the kick return score.

The Dolphins (3-4, 1-0 league) built their lead to 10-0 in the first quarter and following a 21-yard scoring strike from Dana Hills quarterback Mac Vail to Schulte, it was 17-0. Vail rolled out of the pocket, drifted right and spotted a wide open Schulte in the back corner of the end zone. Junior Carter Hadley blocked an Aliso Niguel punt that set up the score.

Junior Luke Williams would break off his own big play in the second half, swooping in to intercept an overthrown pass by Aliso Niguel’s Nick Chapman and return it 76 yards for the score. Williams’ pick-six made it 31-0.

“We had the kick return, the blocked punt. So it was good in all three phases of the game. That’s what we needed to do, to make it a statement game,” Dana Hills head coach Todd Rusinkovich said.

The fact that the Dolphins are 2-0 with junior running back Brian Scott getting a lions’ share of the reps is no coincidence. Scott injured his ankle in the Dolphins first game of the year and made an appearance against JSerra on September 27. But in the Dolphins 42-3 win over Irvine last week, Scott got the most carries he’d had all year and exploded for 218 yards and two touchdowns. Against the Wolverines, Scott tallied 137 yards and scored twice. His second touchdown, one from five-yards out, gave Dana Hills a 38-7 lead.

“When you can control the line of scrimmage like we can do, that’s unbelievably huge just to be able to control the tempo,” Rusinkovich said. “It’s one of those things, the way we’re running the football, if you can’t stop that, that’s a tough thing for an opposing defense to know what they have to face.”

A road game against Capistrano Valley is on tap next week for the Dolphins. The Cougars were one of three teams that split the league title with Dana Hills last season.