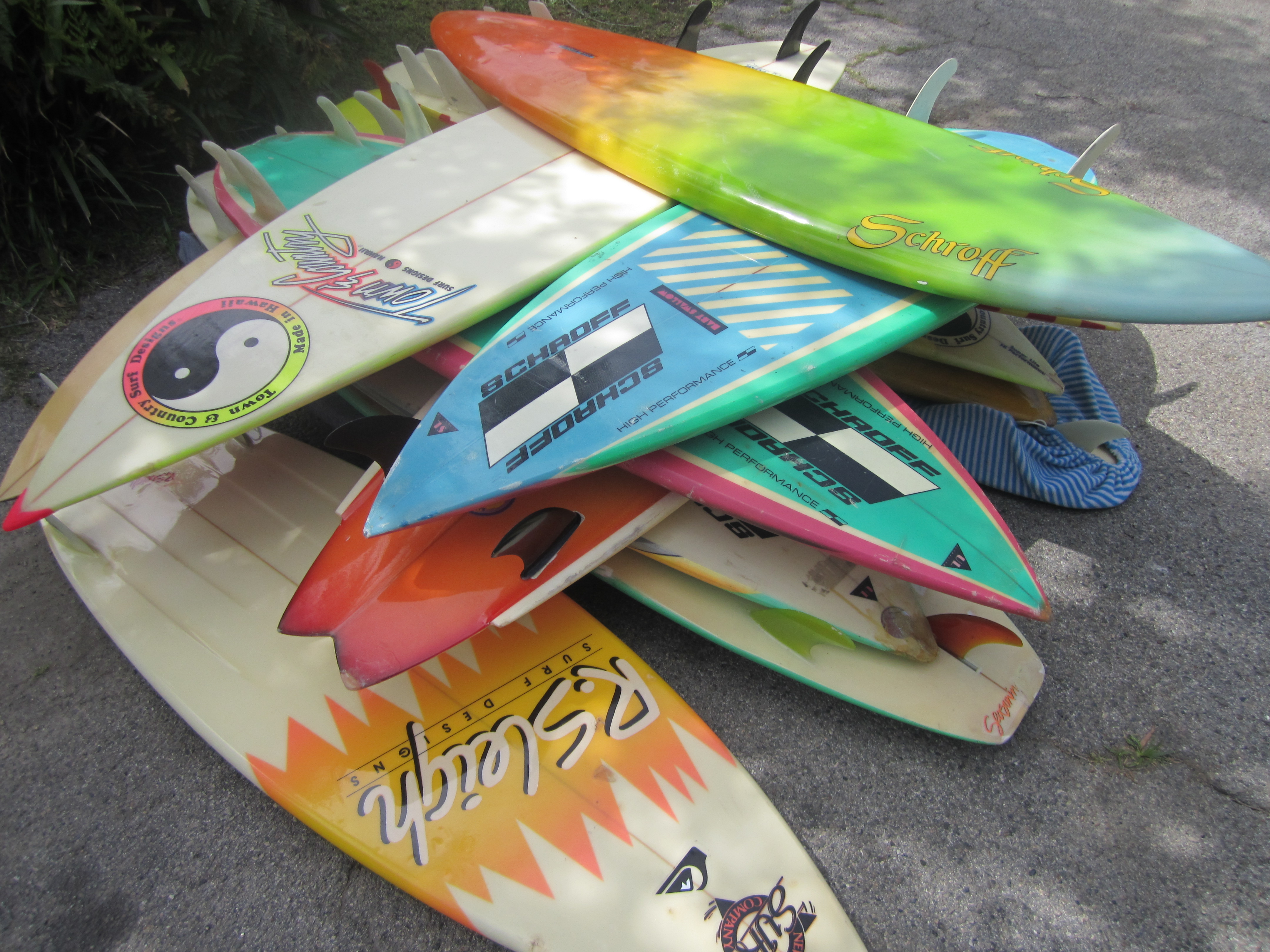 Fernando Aguirre of the ISA had to have this surfboard with images of Marilyn Monroe and 1970's supermodels. Photo: Daniel Ritz

Standing proudly in the center of the grass knoll at Doheny State Park, Cristoffer Doimo smiled brighter than the pale-yellow Herbie Fletcher surfboard he held.

The board, shaped by South County legend Herbie Fletcher, is to return with Doimo to Bordeaux, France, where he is excited to show it off to his surfboard collection club at home. Doimo, among hundreds of other surf enthusiasts, attended the Longboard Collection Club’s (LLC) “The Big One” swap meet at Doheny State Park on Dec. 3. The (LCC), created more than 20 years ago, has been hosting “The Big One” event at Doheny since 1992.

Self-explanatory, “The Big One” is one of the largest vintage surf memorabilia gatherings in the world, bringing together hundreds of board collectors, students of surf culture and high-profile surf celebrities. Cash sales are possible but not the majority, but LLC President Jeff Robertson, of Los Angeles, said most transactions take place through trade and barter.

Robertson said the vintage surf swap’s greatest asset is offering an open-air community atmosphere where the eccentric lore of surf history can be brought together.

“This is how it all comes together,” Robertson said. “It’s as much about discovery as it is reverence.”

Steve Collins, the LLC’s president for the last 11 years, said this year he was able to step back and enjoy the show in a new way.

Collins reinforced the surf swap’s ability to close holes in surf history’s narrative when he explained that some of his favorite moments are seeing surfers’ eyes light up in moments of personal connection at his club’s show.

“It isn’t all about the big names. It’s about someone finding a board that they cannot believe they are seeing, or the shaper that no-one has ever heard of,” Collins said. “It’s when someone sees something that means more to them than anyone else in the world. Those are the moments I think everyone loves to see the most.”

Gary Young, 61, of San Diego, is a long-time member of the LLC and is excited to return to Doheny each year.Young had his eyes set on several boards, including a 12’ Dick Brewer Hawaii gun, a mint-condition pearl in-lay Hansen, and a two-tone, never-been-ridden Mike Hynson fish.

He stopped at the end of the line in front of a blunt-nosed small wave surfboard with black and white portraits of 1970s supermodels glassed on the deck and famous photographs of Marilyn Monroe on the bottom.

“Fernando Aguirre (president of the International Surf Association) said he just had to have this one. I’m going to drop it off at his house tomorrow,” Young said.