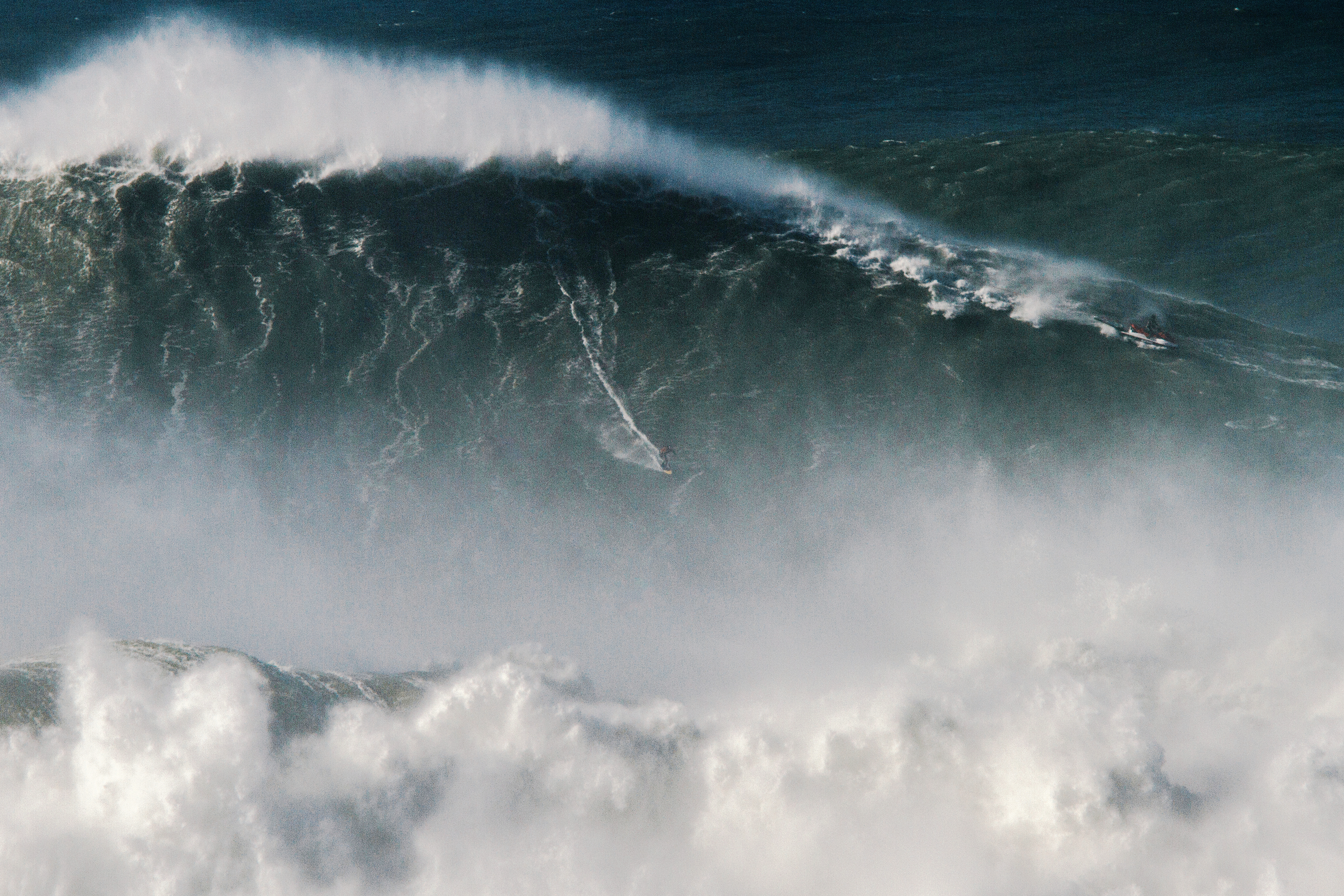 How Big Is Too Big? : New world record set for biggest wave ever ridden

If you hung around the West Coast this winter, you might be scratching your head, wondering, “What big-wave season?”

Except for a notable run of northwest energy around Jan. 18, it was a pretty slow season for waves. Some may say historically slow. But the world’s a big place, and while the Pacific Ocean slumbered the Atlantic roared, especially the intimidating big-wave break known at Nazaré in Portugal.

Last weekend, the WSL Big Wave Awards took place at the Red Bull Headquarters in Santa Monica, and while none of our local surfers came away with a prize, Portugal’s Rodrigo Koxa not only won the Quiksilver XXL Biggest Wave award, but was also graced with a Guinness World Record. On Nov. 8, 2017 at the infamous Portuguese big-wave break, Koxa was towed into a wave that ended up measuring in at a towering 80 feet tall.

“I try to surf big waves all my life and I had a huge experience in 2014 where I almost died at Nazaré,” Koxa said at the podium. “Four months later, I had bad dreams, I didn’t travel, I got scared, and my wife helped me psychologically. Now, I’m just so happy and this is the best day of my life. It’s a dream come true.”

The previous record for the biggest wave ever ridden (a category open to either towing into a swell via a jet ski or paddling in under one’s own power) was set in 2011 by Hawaii’s Garrett McNamara on a 78-foot wave also ridden at Nazaré.

An 80-foot wave is absolutely massive, but the quest to ride the seemingly unattainable 100-footer persists.