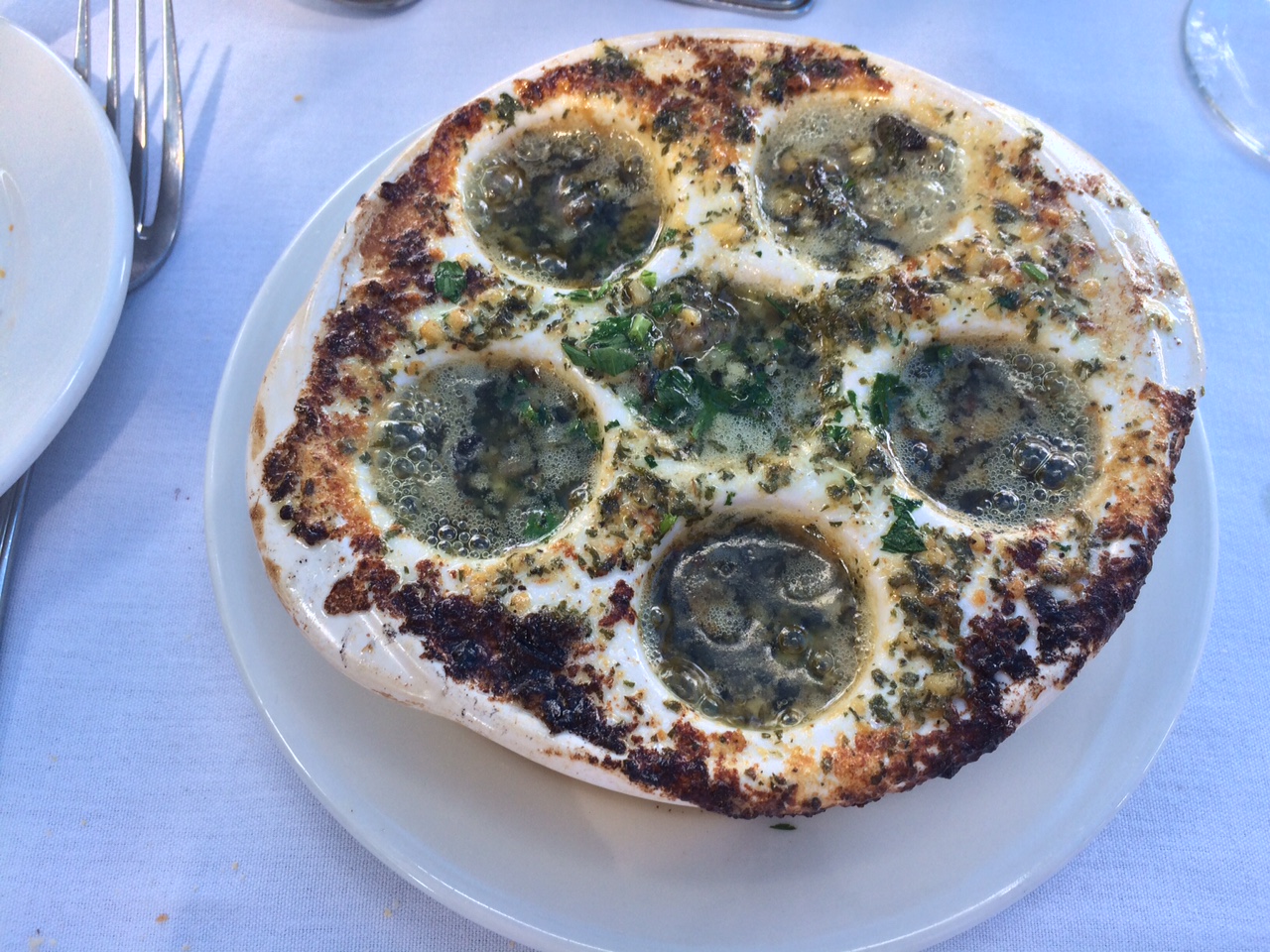 The stigma of snails, seemingly born from and perpetuated exclusively by cartoon kids’ shows, has long prevented the critter from taking off on U.S. menus. Though that needs to end, it makes the snail unique to elsewhere—namely, France, and namelier, Burgundy.

A trip to points between Lyon and Beaune will reveal a landscape that is aggressively fertile (not unlike snails, FYI), that produces rustic foods, wines and spirits that taste like the terroir.

Cooked in boiling hot butter and garlic and served on a special plate, L’Hirondelle’s take is traditional and well-executed. The snails are imported from the South Pacific or Europe, depending on the season, and are cooked unshelled (snails are typically sold canned, later placed in shells) to unctuous perfection. The bite is fatty, warm and a little dirty, with pops of heat from the garlic, and a lasting savoriness that connects the dish between bites.