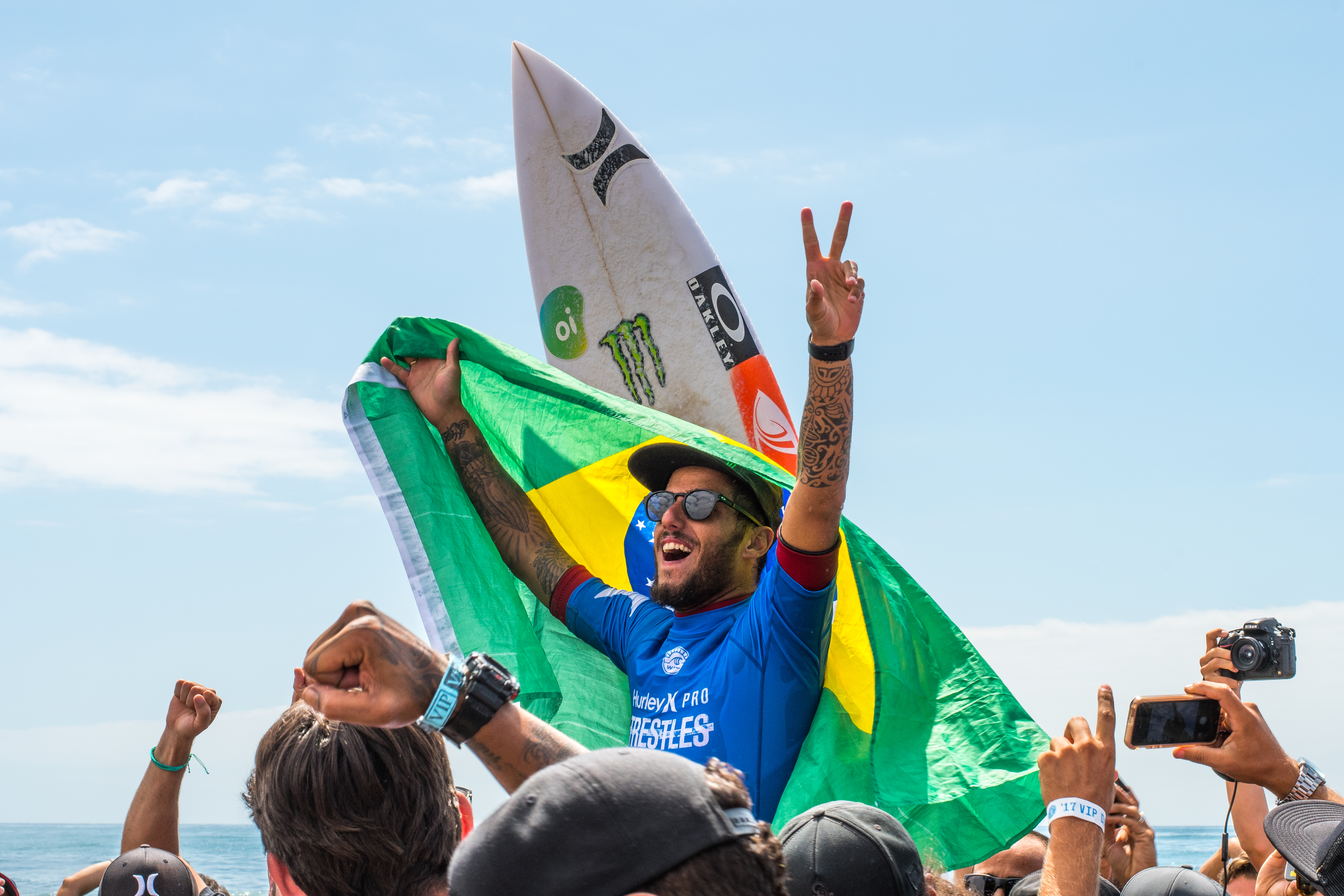 San Clemente and Dana Point are a hotbed for America’s top surf talent, so why does the area remain largely ignored by the WSL?

Coming off of a huge year, Orange County will see three surfers—Kolohe Andino, Pat Gudauskas and Griffin Colapinto— repping the Bear Republic on the WSL’s Championship Tour (CT) in 2018. Colapinto finished the year with a Triple Crown title, something no surfer from the West Coast has ever accomplished.

Unfortunately, the up-and-coming kids from California on the WSL Qualifying Series (QS) are going to have to wait a couple of months before they can compete in local waters. And for those who live in San Clemente or Dana Point, more road time is a fact of life. When the WSL announced the 2018 Championship Tour and Qualifying Series schedules, they were decidedly void of any local flavor.

The annual Hurley Pro and Swatch Pro have been canceled, traded for a contest at Kelly Slater’s Surf Ranch in Lemoore, California—300 miles away, right in the middle of California’s cattle country. And at this point, it doesn’t appear a conciliatory QS contest at Lowers will land on the schedule this year either.

The first QS contest in California is the Jack’s Pro in the middle of March. As far as valuable rating points go, it’s fairly low-rated, but may be good for kick-starting a campaign. The next contest isn’t until June, the Shoe City Pro, again in Huntington Beach. And the WSL is back in Huntington one more time at the end of July for the U.S. Open of Surfing, the highest rated surf contest to hit mainland shores.

Come fall, there’s the Pismo Beach Pro in Central California and the Cold Water Classic in Santa Cruz. The Shoe City Pro, the Pismo Beach Pro and the Cold Water Classic are all listed as “tentative,” so they remain up in the air. Other than that, there are a couple of stops in Virginia and North Carolina. All told, the United States is severely underserved by the WSL schedule.

The rub is that right now California’s enjoying a boom in the talent department. Andino, Gudauskas and Colapinto are just the tip of the proverbial spear. There are so many good, young men and women waiting in the wings. Every week we have kids from the South Orange County area winning WSL pro juniors, NSSA contests, WSA contests, USA surfing contests and all the other great specialty events that are out there for groms these days. Looking at the results every week is staggering, or maybe inspiring is a better word because behind every successful kid is a great family, and San Clemente and Dana Point are consistently producing some of the top talent in the country, not to mention the world.

Yet, there’s no WSL involvement in the area as of right now. Three contests in Huntington? That’s all the biggest market in surfing can muster? I know a lot of locals who are happy to see the Lowers contest go. It takes a couple weeks of the autumn surf season out of play, but on the flip side, every year our local groms have the opportunity to come down to the cobblestones and watch their favorite surfers do their thing. It shouldn’t be underestimated the impact that can have on a young person’s life.

When I was young, my family lived in Northern California and my folks would take me to Ocean Beach in San Francisco every time the Bud Pro Tour came around. I’ll never forget Matt “Archy” Archbold getting out of the cold, turbulent waters in a purple, short-sleeve Lanty wetsuit. This was before the tats, when his hair was long and he was just this radical, mysterious personality. Up on the boardwalk he was standing with some friends. He looked at his wrist, and said, “Dude, I got my…watch ripped off out there.”

I was probably 12 and will forever remember thinking how gnarly Archy was because he got his watch ripped off. Seems petty now, but he became my favorite surfer thereafter. Twenty years down the track, I was fortunate enough to still live the dream and work at SURFER Magazine. Interviewing the late world champ Andy Irons, I asked him who his favorite surfer was.

Turns out, both of us were impressionable young groms when Archy came into our lives. He inspired Andy to go out, smash the establishment and win three titles. And I’m sitting here today writing these words partly because of that chance encounter so long ago.

The point is that when it comes to producing talent and getting people stoked on surfing, there’s nothing better than experiencing it firsthand. Webcasts are great, but smelling the wax and seeing the drama unfold before a kid’s eyes is the stuff memories are made of, and who knows where that may lead.