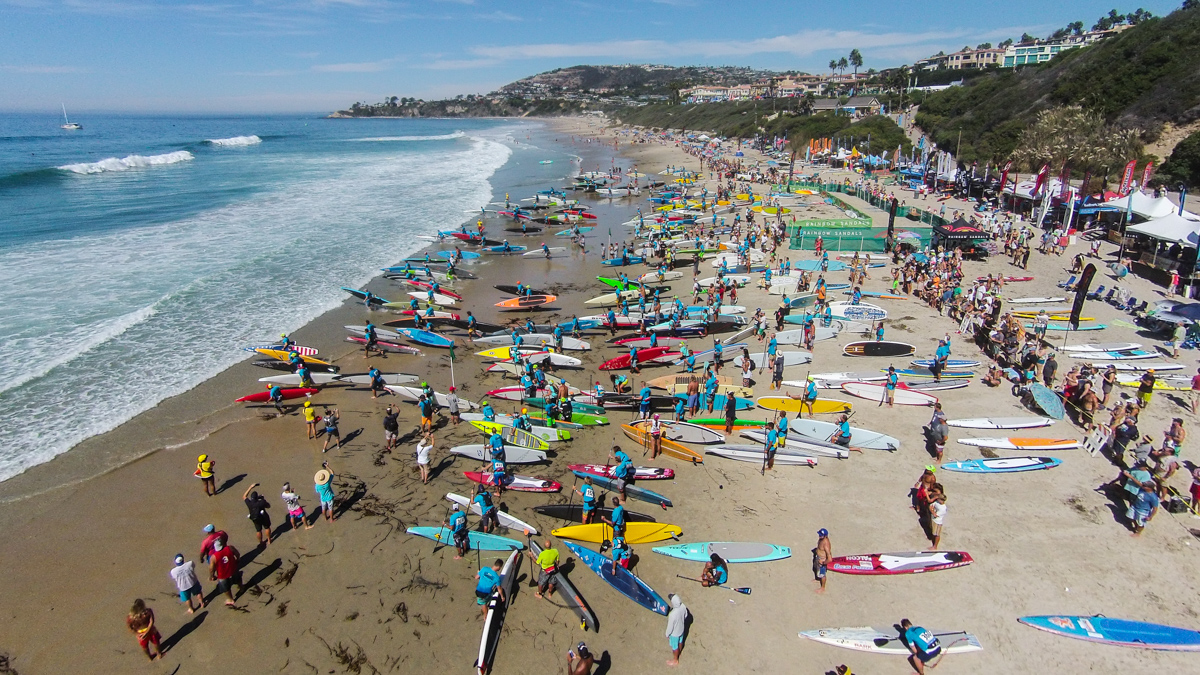 Battle of the Paddle Canceled

The Rainbow Sandals Gerry Lopez Battle of the Paddle is stopping short of reaching its eighth anniversary, event officials announced on May 1.

Only a month after last year’s Battle of the Paddle at Salt Creek Beach in Dana Point, organizers set an October date for this year’s event, but the stand-up paddle community learned last week it won’t be happening.

In a letter addressed to the SUP and paddleboard community and sent out via email blast, Rainbow Sandals owner Jay “Sparky” Longley and Gerry Lopez announced that there will be no Battle of the Paddle for 2015 and Rainbow Sandals will no longer be hosting the event.

“The BOP has enjoyed incredible growth since its inception, however, the economics of producing the event have become overwhelming and unsustainable for Rainbow Sandals, Inc.,” Longley and Lopez said in the statement. “Please know that the BOP has been an amazing journey and experience for everyone involved.”

The letter goes on to thank past competitors, volunteers, sponsors, exhibitors, safety personnel and local permitting agencies for their support over the past nine years for “making the BOP one of the greatest water sporting events ever.”

Longley said Wednesday that although the cancellation was largely due to a lack of funding, time also played a major role in the decision.

“It takes so much time, up to six months to set it up, and so much staff, we decided that, along with the cost, it got to a point where we can no longer sustain it,” Longley said. “We’ve been trying to find major sponsors for eight years and people would say they wanted to but then either weren’t able or willing to put up the money.”

Longley said he is not bitter but the time commitment and the $400,000 his company has been putting up to run the event has just become too much to bear.

One of the biggest draws of the event, he said, is the “richness” of it, everything from the prize money to T-shirts, meals and free sandals which have all contributed to making the Battle of the Paddle brand top-notch among SUP events worldwide.

Longley also said he would be willing to discuss licensing options with anyone interested in using the name to continue the tradition.

There is someone interested in Texas, and possibly in New Zealand, Australia and Mexico, he said.

The Brazil event—Rainbow Sandals sends personnel to help run the event but neither funds nor produces it—will run for the third year this year. Rainbow has also produced two past events in Hawaii but will no longer be funding/producing that event either.

“Anyone can do a SUP event, but whether they do it with the richness that we have done it, is another story,” Longley said. “Gerry and I originally started it just for fun but then it grew to be too costly and nobody wanted to step up with funding. If someone would like to use the name for their event it would have to live up to past Battle of the Paddle standards and richness.”