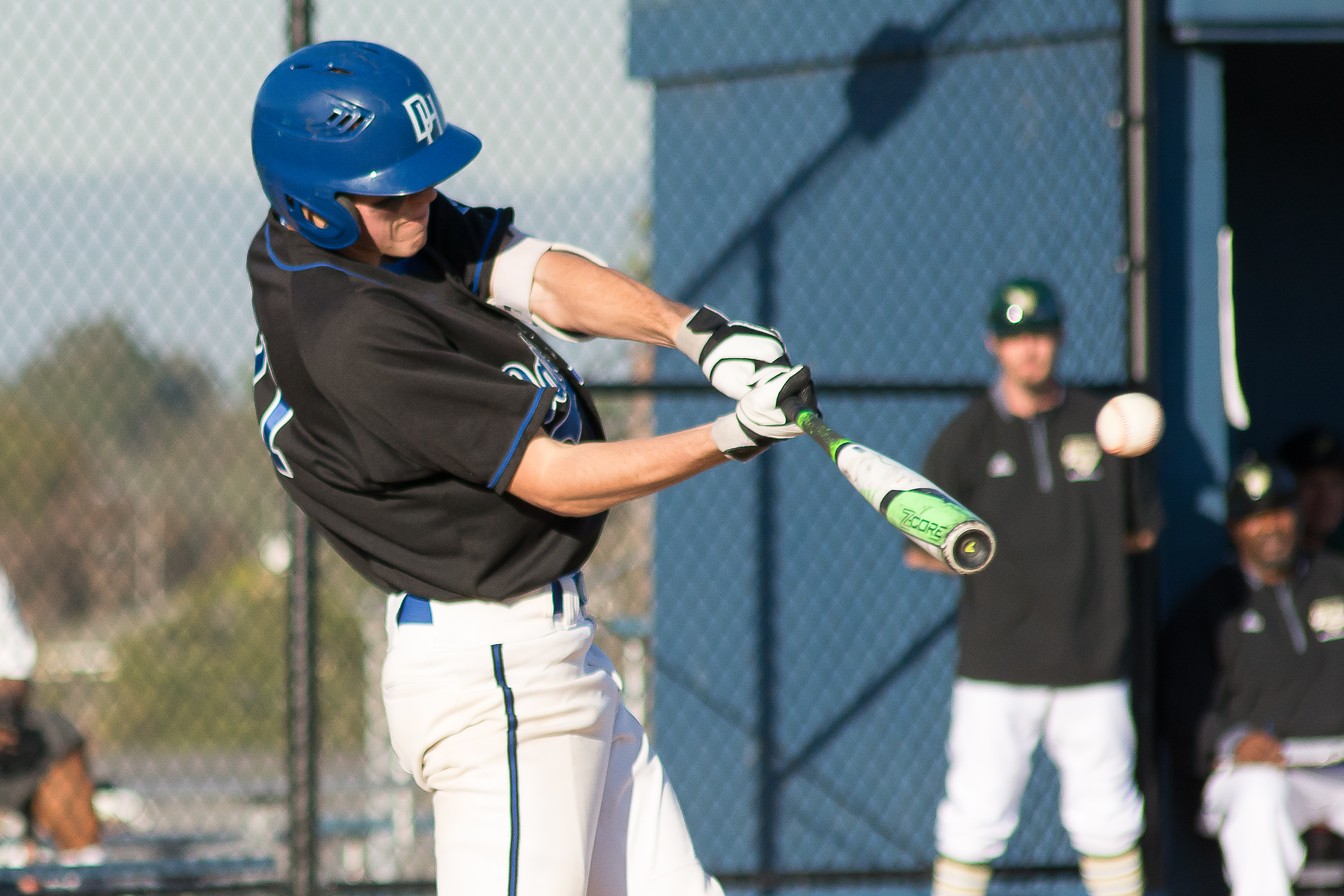 The Dana Hills High School baseball team is getting hot at the right time.

The Dolphins have won two consecutive games as part of the National High School Invitational in Cary, North Carolina, and will play in the single-elimination tournament’s semifinals against Winder-Barrow on March 31. Game time is TBA.

Dana Hills (8-6) is one of three California teams that have advanced to the final four of the elite 16-team field. Orange Lutheran and South Hills also advanced to the semifinals.

The Dolphins handed Canterbury (Florida) its first loss of the season in the quarterfinals on March 30. Dana Hills erased a two-run deficit by scoring five times between the third and fifth innings en route to a 6-3 win.

The Dolphins broke the game open in the fourth inning when Thomas Van Hoomissen, Jordan Matthews and Joe DeBaca hit RBI singles as part of a three-run rally.

After allowing three runs in the second inning, Dana Hills starting pitcher Jack Sterner settled in and pitched four scoreless frames before being removed with one out in the seventh.

Dana Hills began the tournament with a 4-3 victory over Cullman (Alabama) and its ace pitcher Hayden Henderson on March 29. The Dolphins were able to manufacture runs against Henderson, a potential first-round Major League Baseball draft pick this summer, in the middle innings.

DeBaca hit a two-out, two RBI single to tie the game 3-3 in the third inning, and Jeremy Ciolek hit a go-ahead RBI double in the fourth to give the Dolphins the lead for good.

Senior Hans Crouse made up the Dolphins’ half of a marquee pitching matchup. The hard-throwing righty did not have total control in the game, but pitched well enough to get the win. Crouse tossed 5 1/3 innings, striking out nine while allowing three unearned runs, which came on wild pitches and a fielding error.

Freshman relief pitcher Dante Jackson has been a secret weapon for the Dolphins over the past two games. The tall, lanky left-hander tossed 1 2/3 innings and recorded the save against Cullman, and was called upon to get the final two outs against Canterbury in the semifinals.