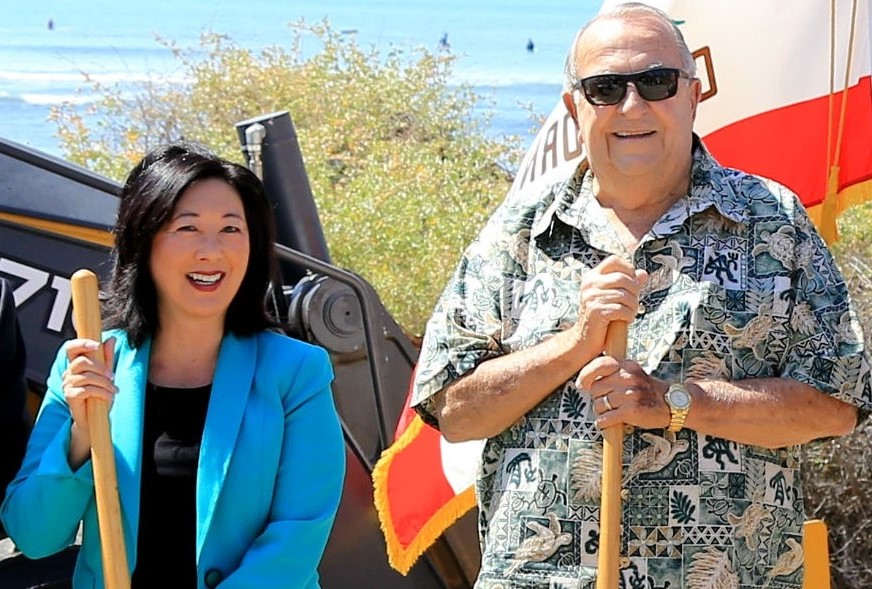 Puerto Place in the Dana Point Harbor could soon be renamed Don Hansen Way to honor the legacy of the Dana Wharf Sportfishing & Whale Watching’s founder.

Don Hansen died on Jan. 5 at age 87. At Hansen’s celebration of life on Saturday, Jan. 29, OC Board Supervisor Lisa Bartlett announced her intention to rename a street in the Dana Point Harbor after Hansen, to immortalize his legacy.

“He leaves such a rich legacy over the last 50 years,” Bartlett, the District 5 representative, which covers Dana Point and much of South Orange County, told Dana Point Times this week.

Bartlett continued to touch on Hansen’s whale watching business, noting that it was the “first business in the harbor, at a time when the harbor was just getting started.”

“Then how his business blossomed over the years and how he gave back to the community and worked with the community, the city, the county, and how we all engaged together throughout the different phases of the revitalization project to get it to where it is today,” she said.

Bartlett has proposed Puerto Place, because it’s the first street that you cross, coming off Coast Highway as you enter the Dana Point Harbor. She said she felt that the new street name would be a lasting homage to one of the first tenants of the harbor.

Bartlett’s office is currently working with county counsel on how to move forward with the renaming.