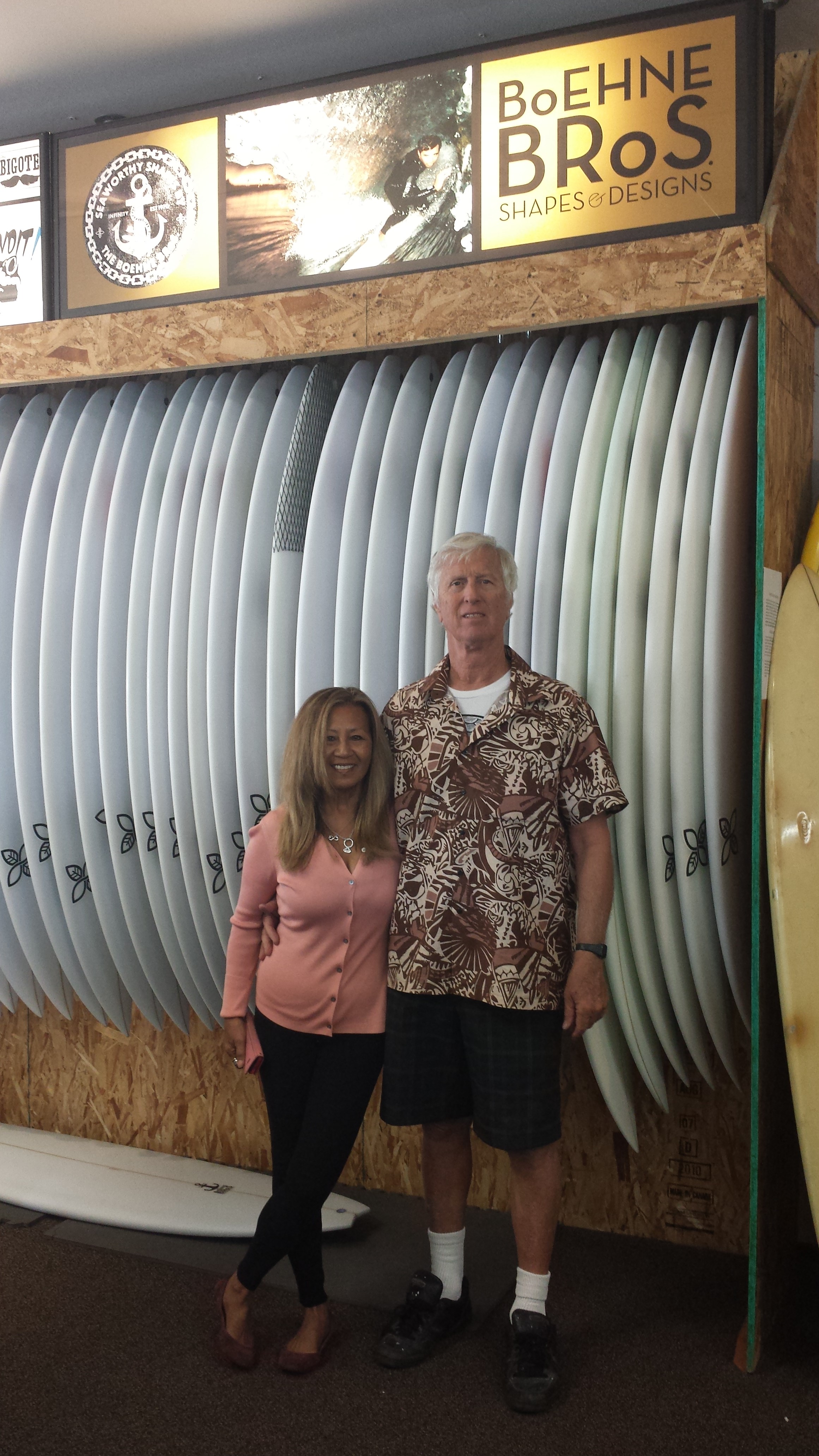 The husband and wife duo have been tandem surfing since the 1960s. Barrie and Steve have won more contests than any other tandem team in history, winning the U.S. Surfing Championships four times, Makaha International surfing championships five times, and the European Championship five times.

They also won the ASP World Tandem Championship twice, once in 1972, and again in 1995.

“Steve and Barrie Boehne have been a part of the surfing community for many years, both internationally and locally,” Arts and Culture Commissioner Karin Schnell wrote in a statement for the commission. “I’m excited to see our next statue at Watermen’s Plaza be Steve and Barrie, worldwide and local legends.”

The Dana Point City Council is expected to vote to approve the statue at its meeting Tuesday night, Feb. 15.

According to the city’s staff report, the tandem statue of the duo will be crafted by Dana Point artist Bill Limebrook, who designed each of the bronze statues at Waterman’s. A 1975 video of Steve on a skateboard with Barrie lifted above his head is the inspiration for the planned statue

Hobie Alter, Phil Edwards, Bruce Brown, John Severson and Joyce Hoffman all have bronze statues at the plaza, with Hoffman being the latest addition. When Waterman’s Plaza is complete, it will house 10 life-sized statues of surfing pioneers and local legends.

Infinity Surf has been in business for 52 years, crafting more than 50,000 surfboards under Steve leadership. The Boehnes opened Infinity Surf in the early ’70s, later moving the shop from Huntington Beach to Dana Point, on Del Prado. The factory is in San Clemente.

“Upon retirement this year, Steve and Barrie have been competing on their four-person paddle board, which was designed and shaped by Steve,” Schnell wrote.

The city anticipates the statue to be completed by this November.