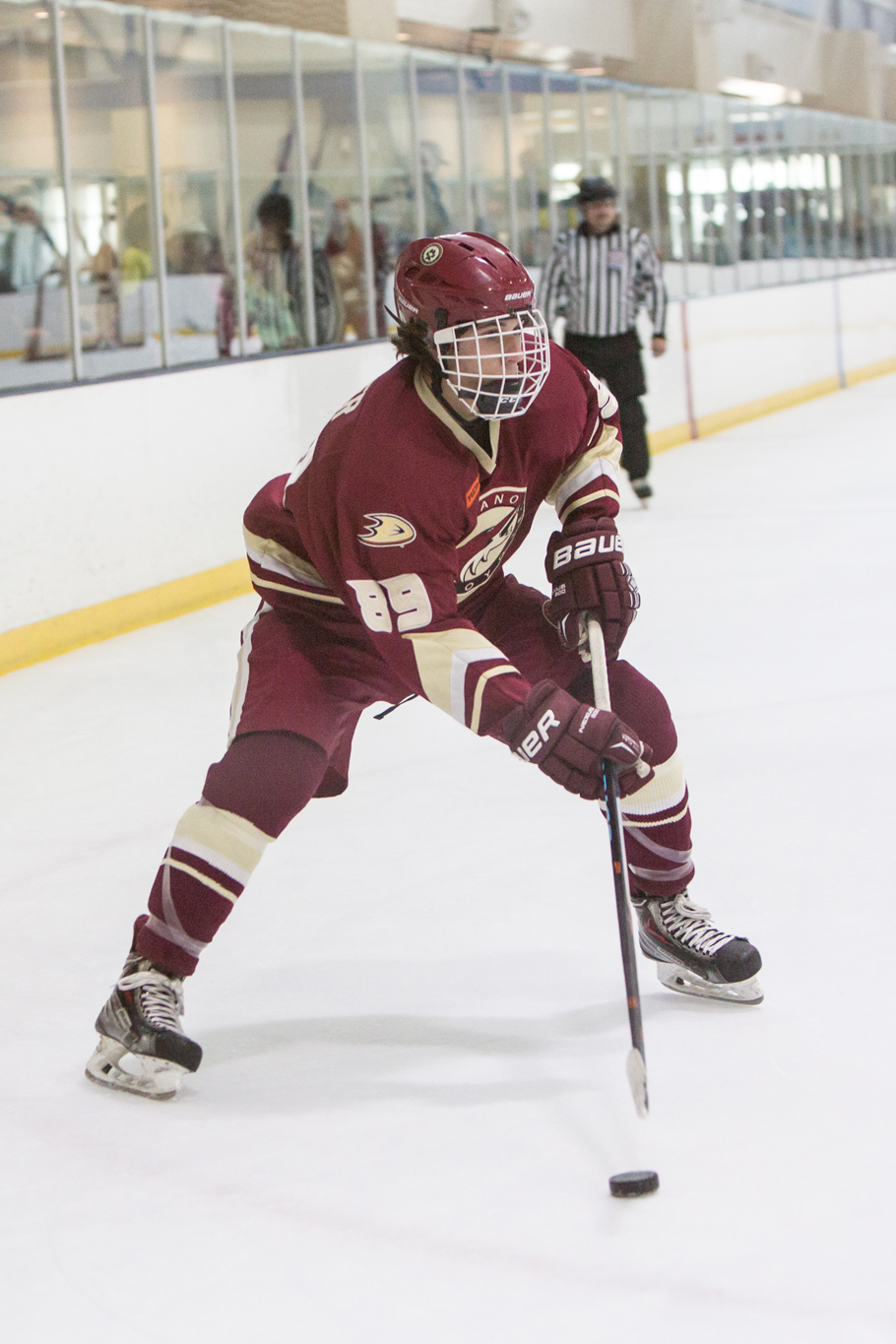 The Anaheim Ducks High School Hockey League Division 2 Championship came down to the final game of the regular season between the Capistrano Coyotes and Villa Park on Feb. 25.

The Coyotes, who defeated Villa Park earlier in the year, were able to repeat the effort at Westminster Ice in a convincing 8-3 victory.

The win secured an outright league title for the Coyotes, who have now won the league title in back to back years.

Villa Park and the Coyotes finished the year with identical 13-2 records, but the Coyotes won the outright title based on the head to head matchup. Capistrano Coyotes defeated Villa Park 8-1 in the second game of the season on Sept. 20.

The Coyotes came into the final game riding a two-game losing skid, which was out of the norm for the defending champions. The Coyotes went undefeated in 12 games dating back to Sept. 6 before falling to San Diego Union and Corona-Norco on Jan. 31 and Feb. 6, respectively. But the team was able to bounce back with a winning effort in the final game of the regular season.

The Coyotes, who draw players from around the Capistrano Unified School District, will be the No. 1 seed heading into the Division 2 playoffs and earned a first-round bye. They will play the winner of La Jolla-Los Alamitos in the second round at Westminster Ice on March 2 at 6 p.m.