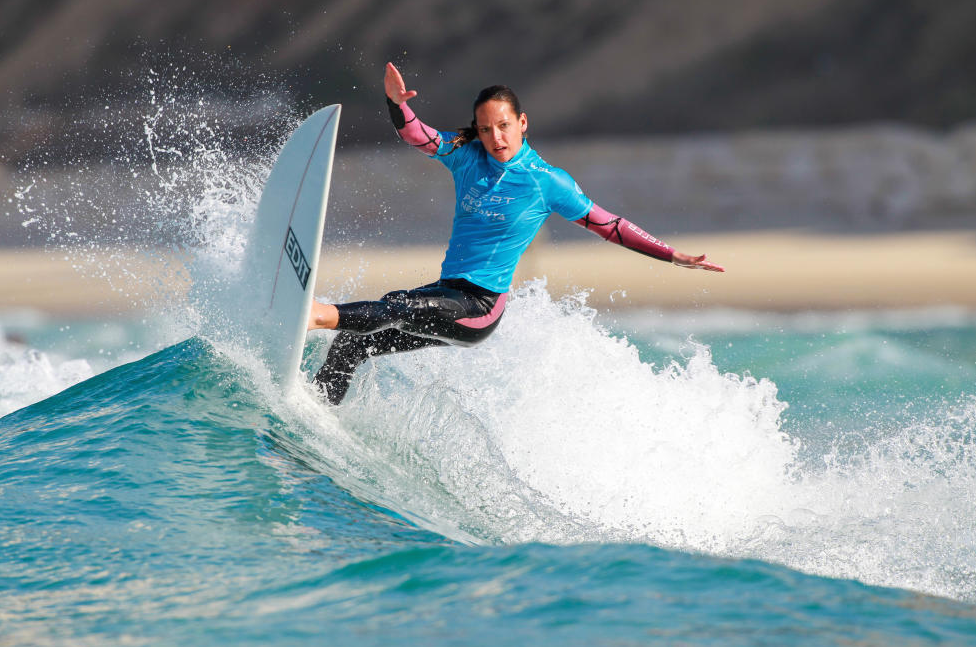 Back in the Game: After chasing an education, Marissa Shaw is back to chasing waves

Kontiki Beach is a long way from T Street, but for Marissa Shaw, the circuitous road back to pro surfing has led her through the Holy Land. At the end of January, Shaw landed in Netanya, Israel, for the SEAT Pro Netanya, a World Surf League Qualifying Series contest. Perhaps surprising to everyone but herself, she took second place.

A former team captain on the San Clemente High School surf team, Shaw pursued a job as a city lifeguard after graduating, which then led her into the field of emergency medicine. At San Diego State University, the combination of a full course load and captaining the college surf team placed huge demands on her time. Eventually forced to choose between chasing waves or chasing a career as a registered nurse, she opted to walk away from competitive surfing and hit the books.

“The School of Nursing coursework required an incredible level of dedication and commitment to complete,” said Shaw. “I would not have the letters ‘RN, BSN’ behind my name without the support of a few key friends and my family.”

With degree in hand, Shaw did the same thing every college graduate tries to do: get a job. And she did. And for a while she played it straight, but the romance of surfing is hard to fight and the itch to throw on a jersey was too great to resist. After watching girls she grew up competing against thrive on the international level—including women’s world champ Carissa Moore, as well as California standouts Courtney Conlogue and Lakey Peterson—Shaw decided to get back into the game.

“Seeing all the girls I grew up competing with on the CT now is really cool,” said Shaw. “They were 100 percent committed from the start, and it’s inspiring to see where that took them. I know I’m a few years behind them because I did my detour going to school and all that, but I don’t know. It could still happen.”

Of course, it could still happen. Heck, Kelly Slater turned 45 this week and he’s still swinging away. Shaw’s a spry 25 years old. She has plenty of runway left.

“Originally I wanted to get into the Shoe City Pro in Huntington but I couldn’t, so I signed up for here,” she said from the sand in Israel. “My problem for now is not having enough points to get in most contests, so I’m signing up for as many events as possible.”

Chasing WSL points doesn’t come cheap. Plane tickets, accommodations, new boards—they all cost money. As such, Shaw’s willing to put her savings on the line to make it all happen.

“I’m going off of savings and I knew that coming into it,” she said. “Whatever prize money I get goes into it, and I’m trying to be as budget-friendly as possible. It was either take a chance and do this, or just keep going to work every day for the rest of my life.”

Life’s short. Money comes and goes, but as Shaw’s learned, if you don’t take a few chances you may end up relegated to the same commute for the next 30 years.