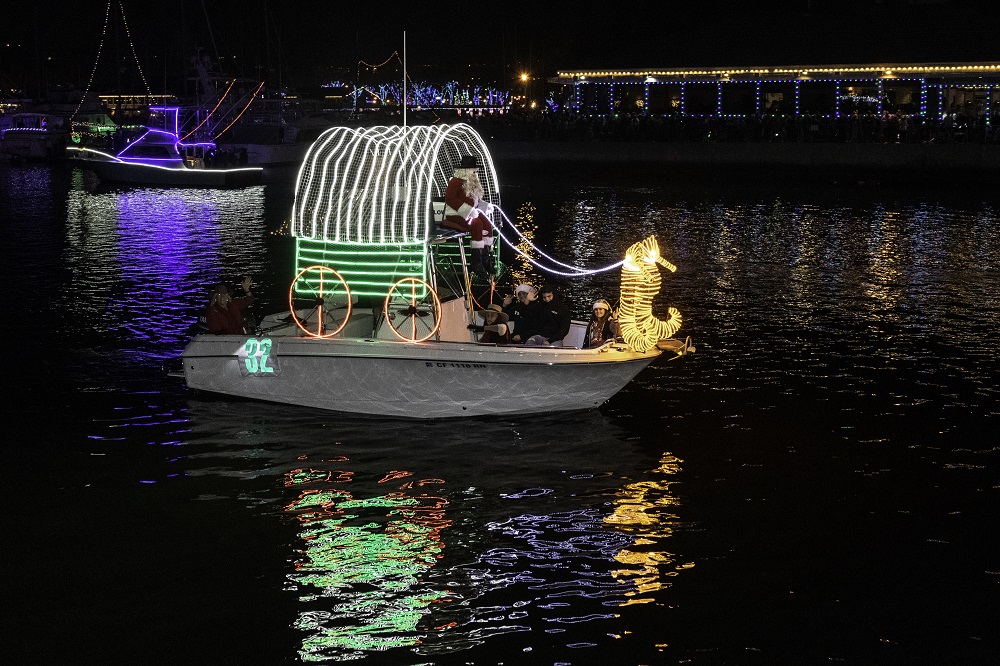 The winners of the 44th Annual Dana Point Harbor Boat Parade have been announced after dozens of Christmas light-decorated vessels took part in the two weekend event. Boats embraced the “Western Wonderland” theme with line dancers, campfire, coyote and cactus decorations, ten gallon hats and country music. The harbor tradition attracted thousands of spectators who gathered along the boardwalk to watch each of the 72 participating boats float by on Dec. 7-8, 14-15.

Kim Tilly announced the winners of the boat parade on Sunday, Dec. 16 at the parade’s annual brunch for participants at Harpoon Henry’s restaurant.

“People love this event because the boats are up close and personal and the crowd really feels a part of the event,” Tilly said. “Boaters have helped create holiday history for generations, and this is truly the spirit of Christmas.”

There were 16 winning categories for this year’s Parade of Lights, 17 sponsor awards, as well as three categories for Judges’ Choice awards and one for Yacht Club with Most Entries, which went to Dana West Yacht Club.

As for sponsored award winners, Supervisor Lisa Bartlett’s office recognized Furlough Daze with the Spirit of OC award. The People’s Choice award went to Fish Tales after the public gave her the nod over Besame Mucho, Rapscillion and Doheny Doll.

Most Original Under 30′ Runner Up – #56 San Clemente (Kilpatrick)

JUDGES CHOICE TROPHY – Must be in all 4 nights-Cumulative points