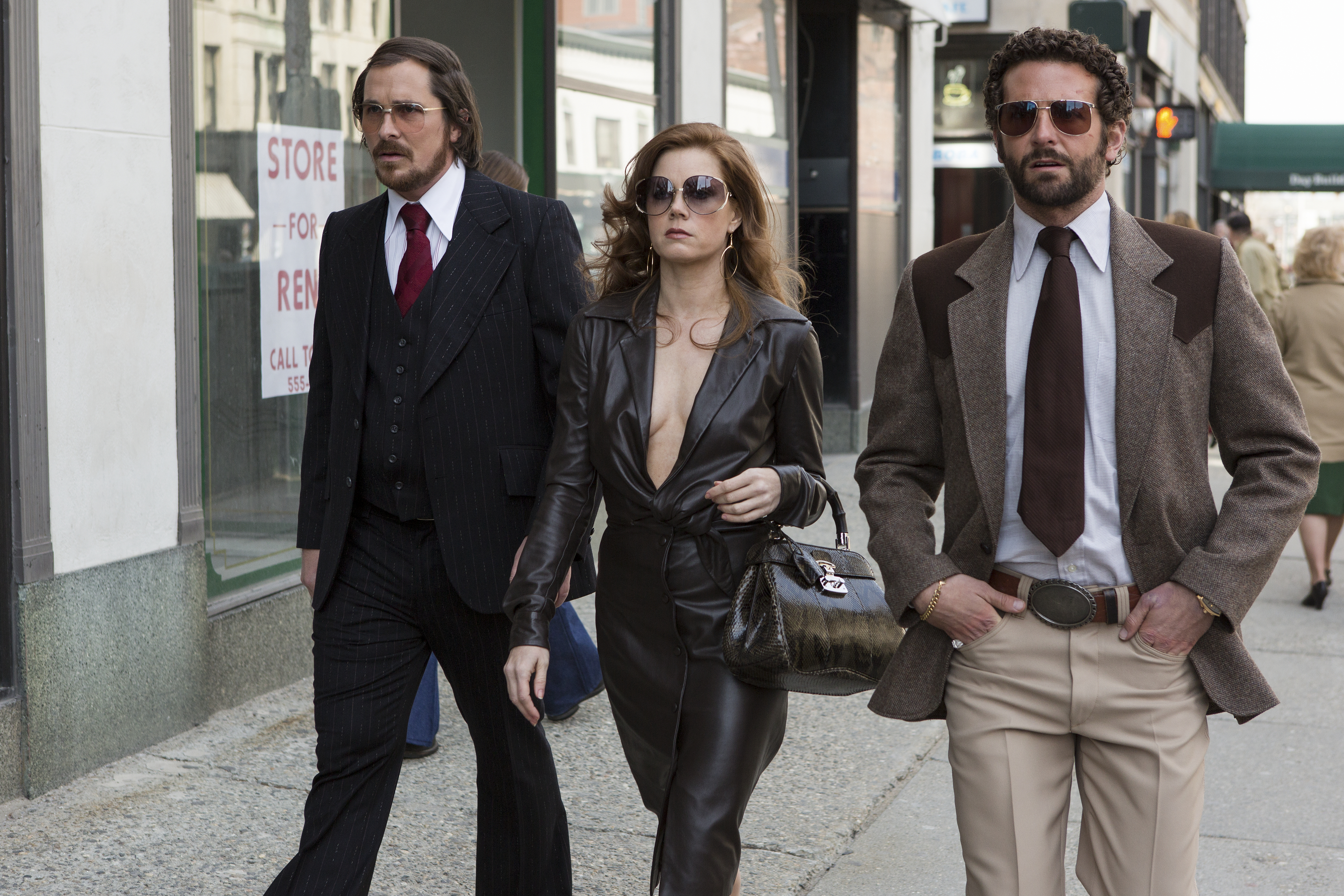 It’s the same thing every year when the award shows start airing. Red carpet commenters ask, “Who are you wearing?” and awardees speeches take the time-honored route of thanking the Academy.

For a set of ceremonies so subjective and self-involved, it’s interesting how we tune in to watch what happens year after year.

Why do we care what a group of people decide is their choice for Best Motion Picture or Best Actor and Actress? Maybe because, just like the movies they honor, awards shows provide a break from our everyday lives, where we can become immersed in something less stressful and more amusing. For three hours we escape into the Hollywood glitz and glamor to see who will take the predictable and unpredictable award nods.

Take Jennifer Lawrence. She recently won Best Supporting Actress at the Golden Globes for American Hustle. She’s got one Oscar down, is the lead character of the current most successful movie franchise and has that best friend quality everyone seems to love about her. As she’s shown in a few acceptance speeches, at 23 she’s still surprised at her own success.

Her wins are even more surprising than last year’s Oscar for her role in Silver Linings Playbook, as many people have been praising and applauding her co-nominees Julia Roberts and Lupita Nyong’o for their career changing work in August: Osage County and 12 Years a Slave, respectively.

Things took a halt for Lawrence’s accolades last week though, when Nyong’o snagged the award from the Critics’ Choice Awards and the Screen Actors Guild Awards. Just when we thought Lawrence might have an easy route to the Oscars, a new talent in town earned herself a crown.

Two eye-grabbing and soul-wrenching dramatic performances passed aside for a hilarious, scene stealing performance by Lawrence, begs the question: Is all the decision making process based on favoritism? Or is this just another example of how unfair it is to group five completely different performances together and call one the best?

It’s no surprise Cate Blanchett won the Golden Globe, Critics’ Choice and SAG for Best Actress, for her role in Blue Jasmine, as she is one of the most acclaimed and talented actresses of her generation. Also unsurprising is Jared Leto’s continuous win for Best Supporting Actor in Dallas Buyers Club, which has garnered him universal praise for his portrayal of a transgendered woman.

The most pleasant surprises of the Golden Globes were Leonardo DiCaprio’s win for Best Actor in a Comedy with The Wolf of Wall Street, and Amy Adams for Best Actress in a Comedy with American Hustle. The voters throwing a bone to the latter for being a nominee year after year, but never a winner.

While Adams is a delight on screen, one does wonder for a second if this was a make-up win. Though Adams managed to sneak into Emma Thompson’s predicted spot at the Oscars, it will be hard for her to beat Blanchett for the big award.

Best Actor has been the heaviest and most unpredictable of categories this year, with DiCaprio, Chiwetel Ejiofor, Christian Bale, Matthew McConaughey and Bruce Dern all giving brilliant performances. McConaughey has taken home the award at the Globes (for Actor in a Drama), Critics’ Choice Awards and SAGs so far, but Leo has won two surprising wins at the Globes and Critics’ Choice in the Comedy category. But, they both could lost to Ejiofor who’s enjoyed wide critical praise for 12 Years, as has Dern for Nebraska.

While 12 Years a Slave and Alfonso Cuaron’s Gravity were worthy winners of Best Drama and Best Director at the Globes, respectively, American Hustle winning Best Comedy over The Wolf of Wall Street is the most puzzling. Though American Hustle is a satire and makes us chuckle in a number of scenes, Wolf of Wall Street is the most unexpected, but laugh-out-loud romps of 2013 and deserves the title.

Despite this movie reviewer’s opinion, the Hustle reign won’t let up, as it also won Best Comedy and Best Ensemble at the Critics’ Choice and SAGs. The Producer’s Guild, however, did make film history this week choosing a tie between Gravity and 12 Years as the Best Picture of 2013.

The large variety of impressive contenders this season just goes to prove that 2013 was one of the better and more memorable years in film.

With Best Actor, Director and Picture up in the air and Best Supporting Actress between Lawrence and Nyong’o, the Academy Awards are going to be the most interesting they’ve been in almost a decade.

Unfortunately with the Super Bowl and the Olympics overlapping next month, we won’t be able to see the Awards until March 2. For now, fans and general viewers can catch up on any nominees they haven’t checked out yet.