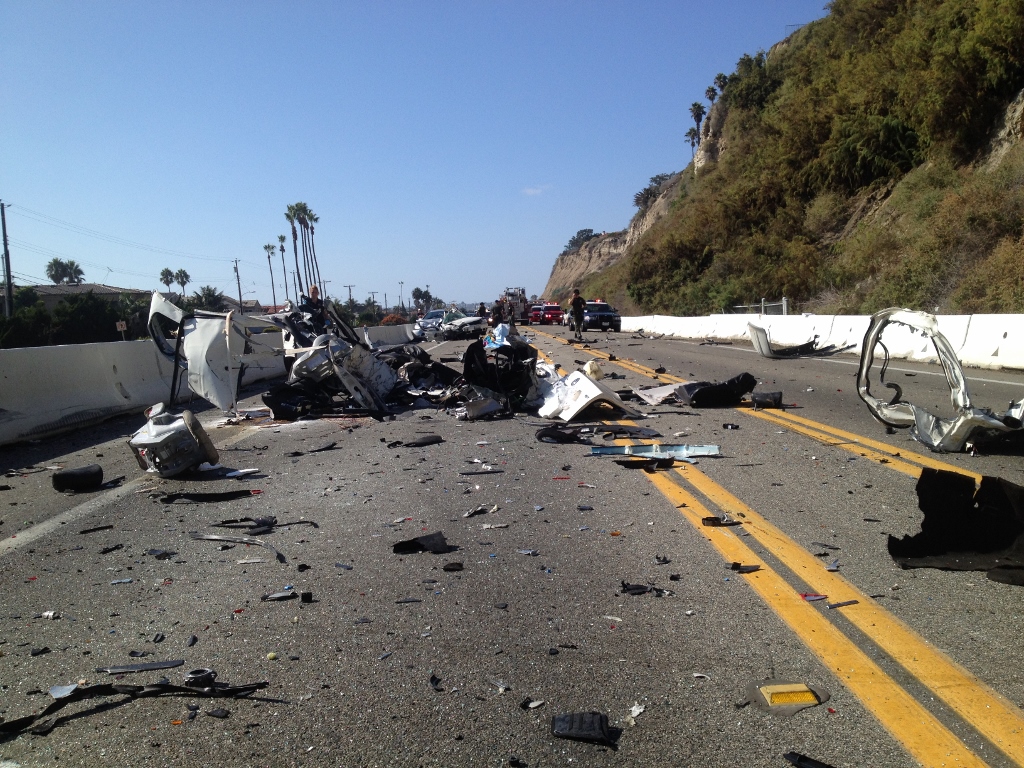 Authorities have identified two Capistrano Beach residents killed in a crash along Coast Highway on Sunday afternoon, including a man suspected of drinking before the accident.

John Knowles Jr., 43, was driving a white Volkswagen Jetta, with passenger Kerensa Donselman, 32, when a four-vehicle crash occurred between Beach Road and Camino Capistrano, according to the coroner’s office website. Both Donselman and Knowles were killed.

Investigators with the Orange County Sheriff’s Department’s Major Accident Reconstruction Team are still looking into the cause of the crash that occurred around 1:20 p.m. Sunday and shuttered the road for much of the day.

A preliminary reconstruction of the accident indicated Knowles, who was traveling northbound, attempted a “passing movement,” putting it in the path of two other vehicles, said Lt. Jeff Hallock, spokesman for the sheriff’s department. This stretch of road is a no passing zone.

Knowles was driving behind a Mini Cooper operated by a 15-year-old student driver, officials said. Two other vehicles involved, a passenger van and Honda Civic, were heading southbound. The Jetta suffered the worst damage which appeared to have split in two upon impact, Hallock said.

Four others were injured in the accident, including the student driver, who was treated for minor injuries and released to parents at the scene. The two occupants of the van, which turned onto its side, a 50-year-old woman and 49-year-old man, were hospitalized at a regional facility. Another woman, 53-years-old, from a third vehicle was also treated for what authorities are calling non-life threatening injuries.

Authorities currently have no estimation as to the speed the vehicles were traveling at the time of the crash, Hallock said.

According to a sheriff’s department Twitter post on Monday evening, authorities believe alcohol may have been a factor in the accident. Investigators are awaiting toxicology confirmation.

This was the second fatal accident in the area within 48 hours. A San Clemente man, Paul Michelena, 46, was killed Friday afternoon when, as a pedestrian, he was struck by a vehicle in the Ralphs parking lot at El Camino Real and Avenida Barcelona. Michelena was walking with his 11-year-old daughter when he was hit and killed, the young girl was unharmed. The investigation is ongoing.