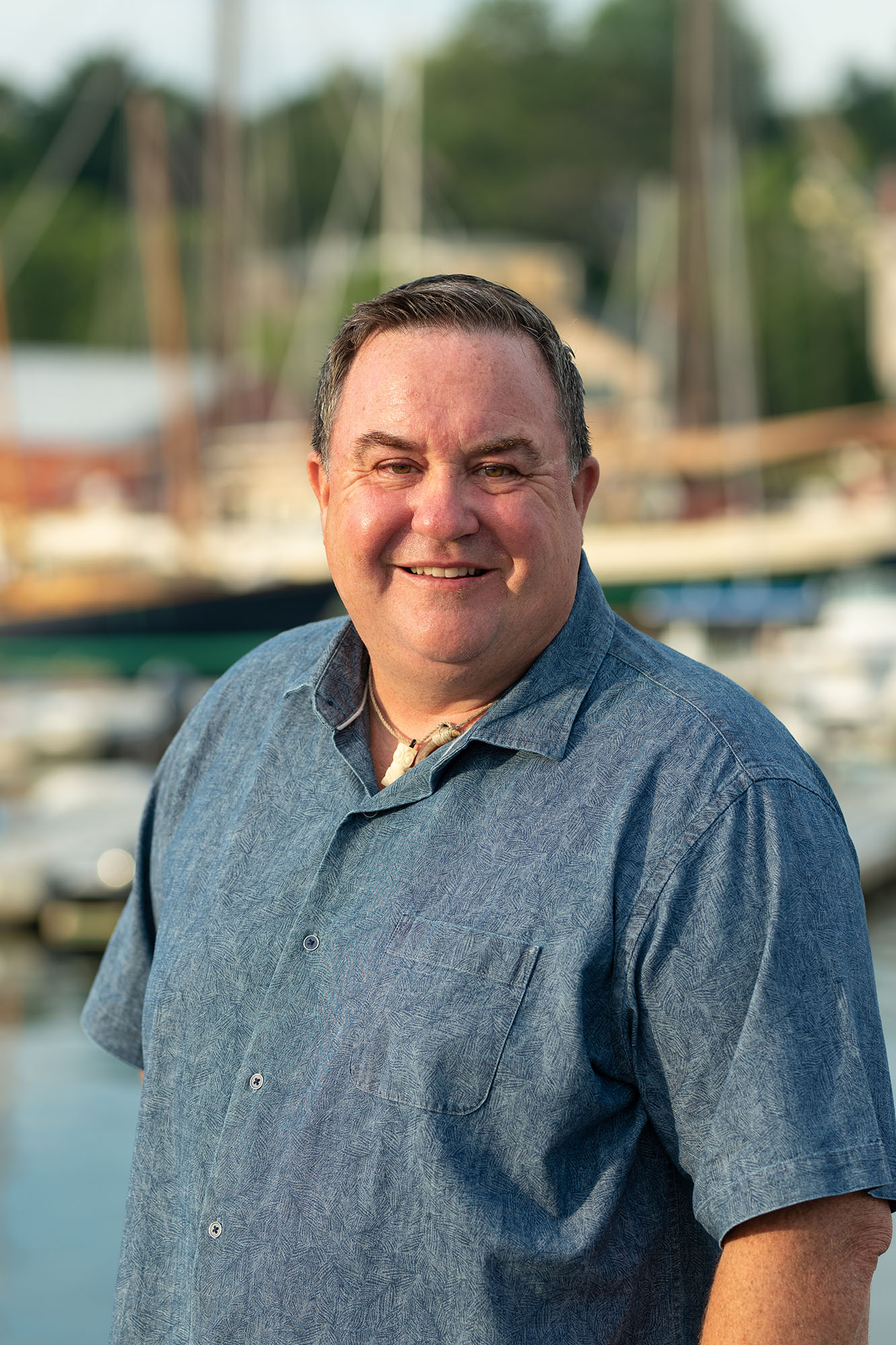 While Cam Séamus was growing up in Dana Point, he spent much of his youth on the water, working odd jobs in the harbor marina waxing boats and repairing masts. In his free time, Séamus and his friends would fish from inflatable rubber dinghies in the harbor.

The desire to be close to the water was a constant throughout Séamus’ life.

“That connection with the water really started in Dana Point; being down there in the harbor, I just absolutely always was attracted to these boats, particularly sailboats, even at a young age,” Séamus said. “It was a very influential time for me.”

Drawing from that experience helped Séamus write his latest—and first fiction—book, The Captain: Point Loma. The book, first in a four-part series, follows the life of day-charter Captain Jack Kelly as he sails the waters off Southern California.

Séamus, a licensed captain and sailing instructor, said the inspiration for The Captain struck him while working as a charter captain for Sail San Diego.

Séamus left a director of industrial sales position to depart on a sailing adventure around the world, which inspired his first book, Two Years Behind the Helm—a nod to Richard Henry Dana’s Two Years Before the Mast and Séamus’ only non-fiction book.

“Probably the most important way it influenced my writing was that it was a period of time where I was really seeking a lot of personal honesty, like being honest with myself,” Séamus said. “I’ve always been very honest with others, how I treat other people, but I wasn’t always honest with myself, like what was important to me, what were my priorities, what mattered.”

“I think it helped me start to have those kinds of honest internal dialogues,” Séamus continued. “I think from when you’re writing, that honesty is critical, because I think that’s what comes through to people when they read it.”

Séamus was surprised that it wasn’t the amount of time to himself or the experiences of sailing different parts of the world that influenced his writing; it was the connections and meeting people from many different backgrounds.

“That really helped me see the world of possibilities about the richness of these people and how do I tell the story about what these people are like and keep it true to life, with a little artistic liberty, of course,” Séamus said.

Séamus’ newest book, The Captain: Point Loma, was published on Aug. 26 and is available for purchase on amazon.com.