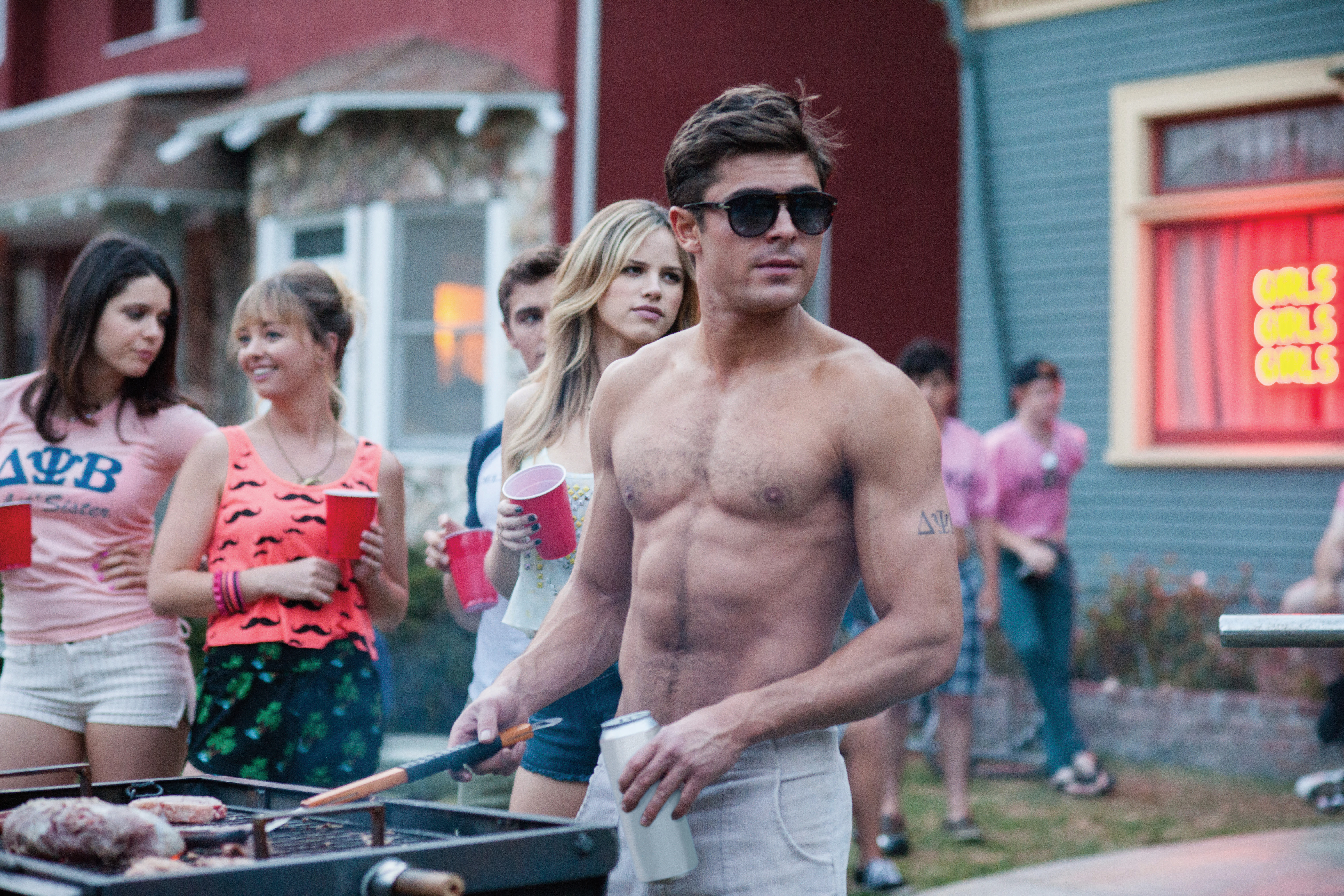 At the Movies: Watch Out for the ‘Neighbors’

Thirty-six years after it came out, Animal House still remains the most popular college film with movie viewers. In 1981, the comedy’s star, John Belushi, made a less popular vehicle with Dan Akroyd called Neighbors as polar opposites who have a grating effect on one another. Seth Rogen and Zac Efron’s newest collaboration seemingly combines both films and is also titled Neighbors.

Right on the summer movie season’s brink, a raunchy comedy seems to be what most audiences are craving.

In a pleasant suburban neighborhood, Mac (Rogen) and Kelly (Rose Byrne) have a baby and are awkwardly transitioning into parenthood. Just when things start going smoothly, the home next door is turned into a frat house. The couple tries to make nice with the rowdy students at first, but it soon becomes apparent that frat presidents Teddy (Efron) and Pete (Dave Franco) have no plans to stop their rambunctious partying. Halston Sage, Carla Gallo, Christopher Mintz-Plasse and Craig Roberts co-star.

Like most movies Rogen is involved with, there are a ton of jokes and sequences that walk the line between edgy and tasteless. Despite being about a decade too old to play them, Efron and Franco are perfect in their roles. But with a film that includes weed jokes, obvious CGI and gratuitous nudity, realism is the last thing on the viewer’s mind. Neighbors isn’t brilliant filmmaking or storytelling, but it is enjoyable for a night out with friends.