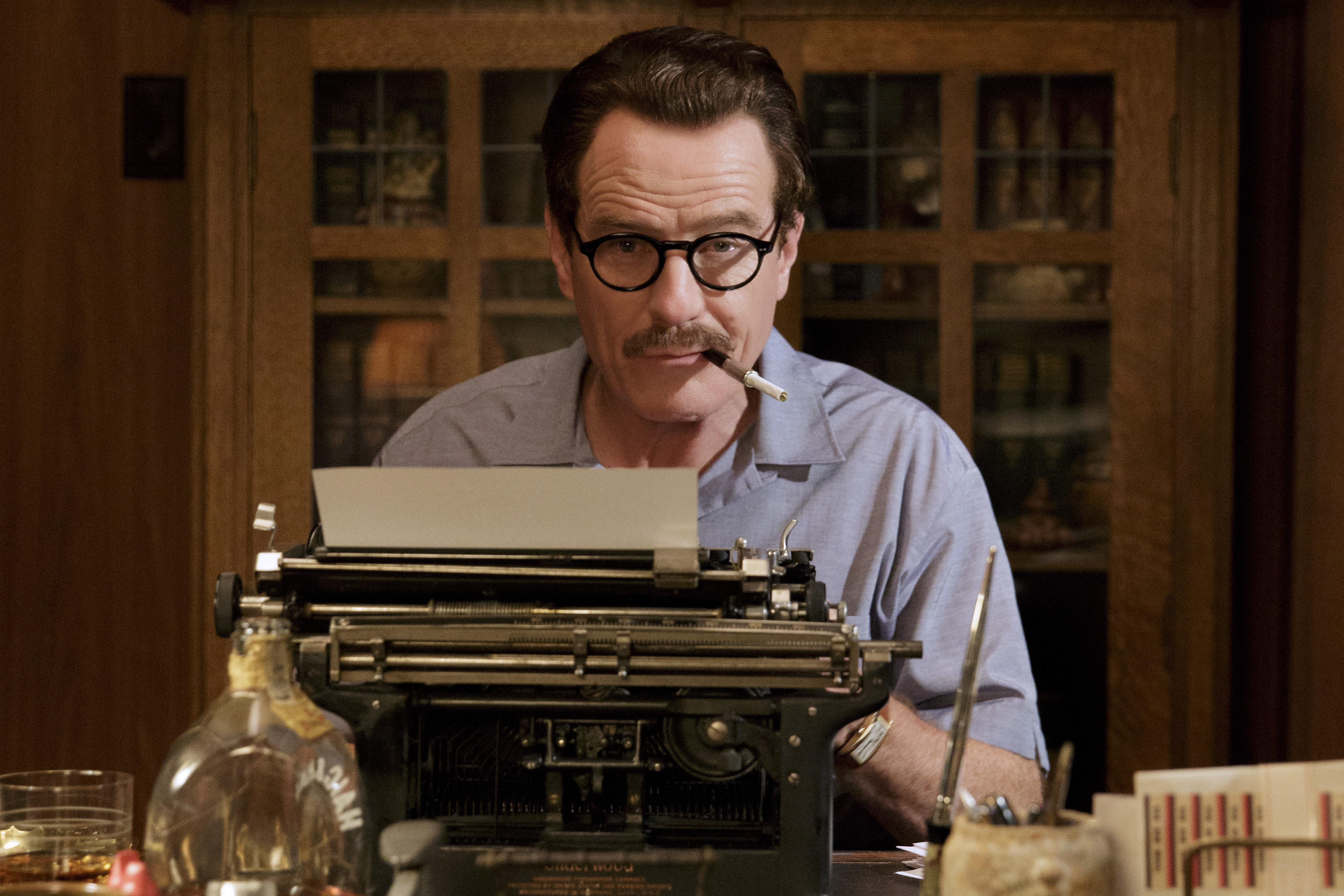 At the Movies: ‘Trumbo’ Tells Tale of Blacklisted 1950s Screenwriter

Of the many Hollywood actors, writers and directors blacklisted in the 1950s, the most notorious was the much sought-after screenwriter Dalton Trumbo. This fall he’s portrayed by popular character actor Bryan Cranston in Jay Roach’s latest political biopic, simply titled Trumbo. Even with a plot, collaboration and trailer that scream “Oscar bait,” the film provides decent entertainment.

From 1947 to 1970, Trumbo (Cranston) is judged, ridiculed and tried for his political belief that communism can work with the right direction. He loses jobs, is arrested and put on trial, is skewered in the press, and lands his family in danger by speaking his mind. Trumbo also befriends movie star Edward G. Robinson (Michael Stuhlbarg) and becomes enemies with John Wayne (David James Elliott). Helen Mirren plays infamous gossip writer Hedda Hopper.

Trumbo is the farthest comedy-turned-biopic director Roach has gone back in history on screen, successfully transporting viewers to 1950s Hollywood when a line was drawn between liberals such as Humphrey Bogart and conservatives such as Gary Cooper.

Cranston is the perfect choice for the lead because, unlike average male stars, he is recognizable but can still easily slip into various characters without his public image breaking the viewers’ perception. Mirren is fun as the flamboyant magazine writer, and Elliott intriguingly captures Wayne’s essence through mannerisms. There are, however, some problems with Trumbo as a whole, including the fact that Stuhlbarg looks and sounds nothing like Robinson. All-in-all, for a movie that could easily have been a lot more predictable, for American film and history fans, it’s worth a look.