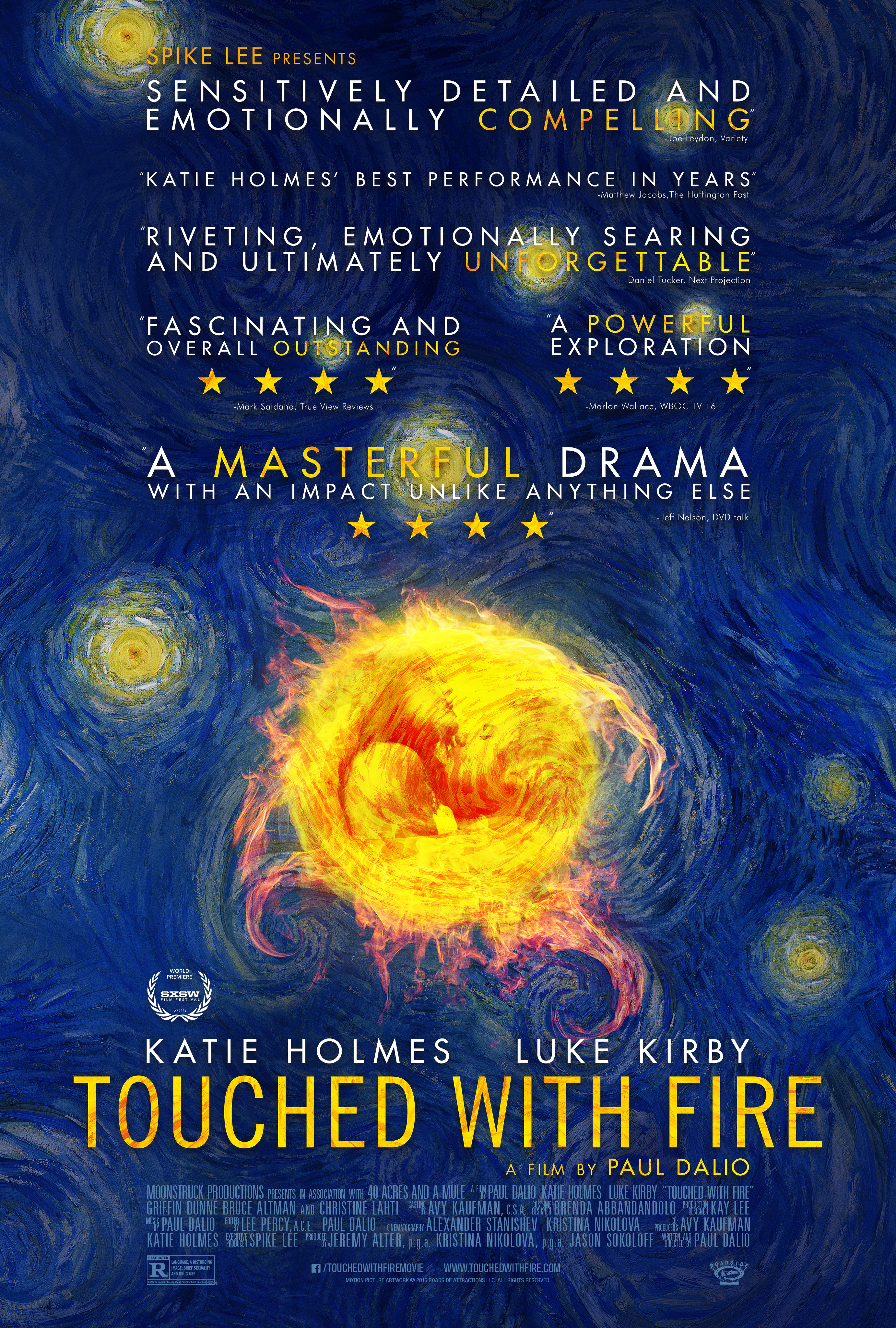 At the Movies: ‘Touched with Fire’ is Luke Warm

It’s been four years since Katie Holmes divorced her eccentric husband Tom Cruise, and the actress has wasted no time getting her career back on track. Between modeling and acting, the former TV starlet is enjoying a modest comeback of sorts. Her latest movie, Paul Dalio’s Touched with Fire, is her first lead role in half a decade, and she gives a fine performance in an otherwise bizarre modern fairytale.

Set in New York City, professional poet Carla Lucia (Holmes) has a reputation for writing too long, sleeping too little and staring at the sun with her eyes wide open. On the other side of town, rap artist Marco, or “Luna” (Luke Kirby), has quit everything in life to graffiti all over town, smoke marijuana and preach about how the world is ending. When the two are simultaneously admitted into the same mental hospital as manic depressives, they bring out not only passion in each other but also hysteria.

Griffin Dunne and Christine Lahti co-star. Touched with Fire is an odd film that probably had a lot of initial potential but in the end lacks sincerity. It’s hard to tell what message Dalio is trying to deliver exactly. It’s a love story, but it’s also a tale about the signs of mental illness. Our heroes want to give in to their craziness together, but are being held back by their doctors and parents. The moral of the film isn’t completely clear, and Kirby’s overly animated acting doesn’t help despite Holmes’ genuineness. Indie drama fans might want to stick with Manic (2001) and Smashed (2012) for mentally unstable romances.