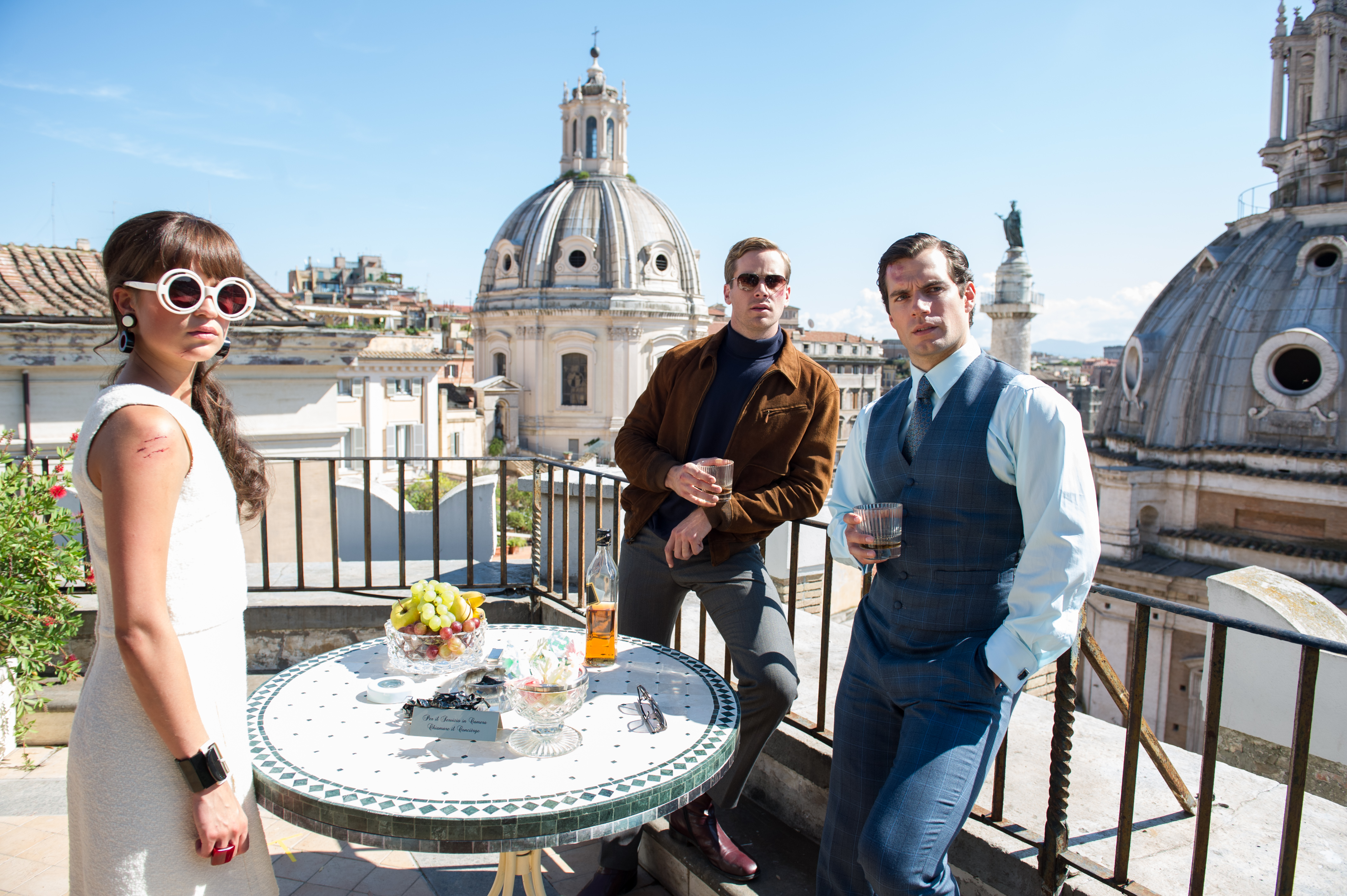 At the Movies: Throwing Back ‘The Man from U.N.C.L.E.’

Joining Starsky & Hutch (2003), The A Team (2010) and of course, Mission: Impossible (1996), Guy Ritchie’s The Man from U.N.C.L.E. is the latest in popular 20th century television shows getting film adaptations. Though the movie might initially appeal to fans of the 1964-1968 TV show, the cast consists of fresh faces and some of today’s most colorful costumes and art direction, sure to grab the attention of younger viewers as well.

In 1963 Europe, CIA agent Napoleon Solo (Henry Cavill) and KGB operative Illya Kuryakin (Armie Hammer) are an unlikely duo. The two are paired up to track down a small town mechanic named Gaby Teller (Alicia Vikander), whose scientist father has been abducted by Alexander (Luca Calvani) and Victoria Vinciguerra (Elizabeth Debicki), a couple who use their shipping company as a cover to trade nuclear weapons.

Hugh Grant and Jared Harris appear as Solo’s and Kuryakin’s superiors. Sherlock Holmes (2009) director Ritchie has been criticized for his use of “style over substance” his whole career, but with U.N.C.L.E. he uses it to his advantage. The Cold War-era tale is flashy and glam but not so campy as to reach the “cheesy” breaking point. The cast delivers appropriately tongue-in-cheek retro spy flick performances—particularly Cavill and Debicki. Nearly all the actors successfully pull off ’60s personas and fake accents without being overwhelmed by effects. For fans of the original series, and those craving some retro eye candy, The Man from U.N.C.L.E. is big enough on style to outweigh any lack of substance in the story.