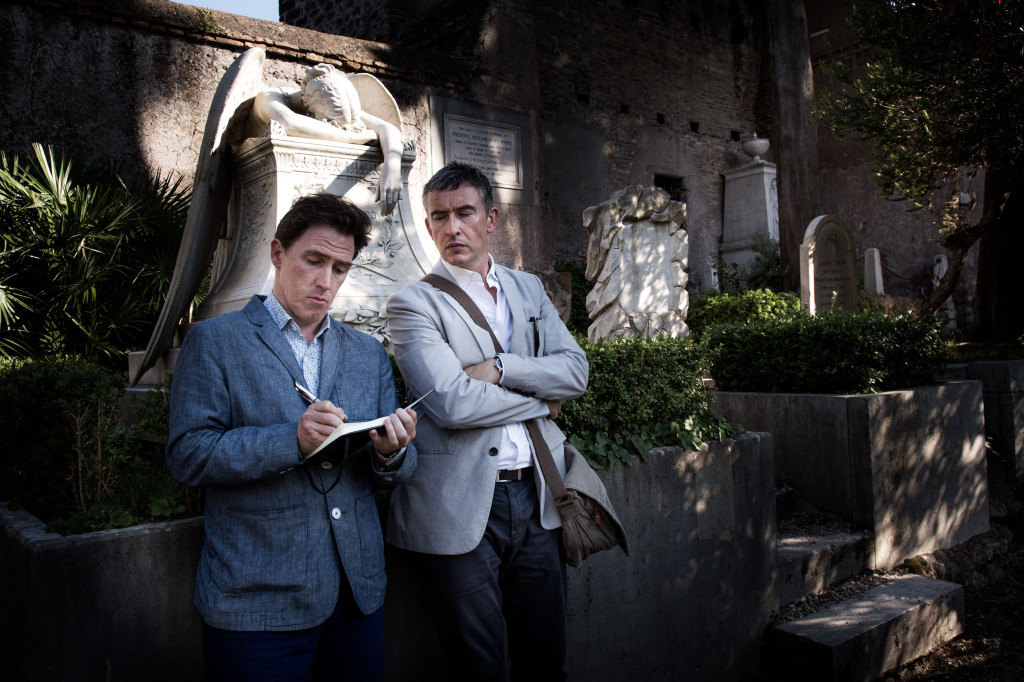 At the Movies: ‘The Trip to Italy’ is Delicious

Four years after traveling and experiencing fine dining and conversation throughout Britain in The Trip, comedians Steve Coogan and Rob Brydon are back again for a second assignment in The Trip to Italy.

Originally airing as a 12-part mini-series on British television, Michael Winterbottom edited his episodes into two films for the rest of the world to view. The first film was already an amusing odyssey across England, and now it’s even more entertaining and clever in Italy.

As was the case in the previous adventure, Coogan and Brydon play slightly fictionalized versions of themselves, where they have the same names and careers, but their relationships and personal trials are scripted for the screen. And just like the first Trip, Rob and Steve (but mostly Rob), pass time by doing humorous and often accurate impressions of other celebrities. Along the way, the married Rob is tempted by a female tour guide (Rosie Fellner).

Part of what makes Trip to Italy even better than the first movie, is the fact that this setting is even more appropriate and actually feels like a trip, rather than a tour of the comics’ home country. We see them feel and act like tourists, enjoying delicious food and gorgeous scenery. Coogan and Brydon are completely at home with each other as comedy partners and play off each other amusingly. For a taste of Italy and a good laugh, The Trip to Italy is a perfect getaway.