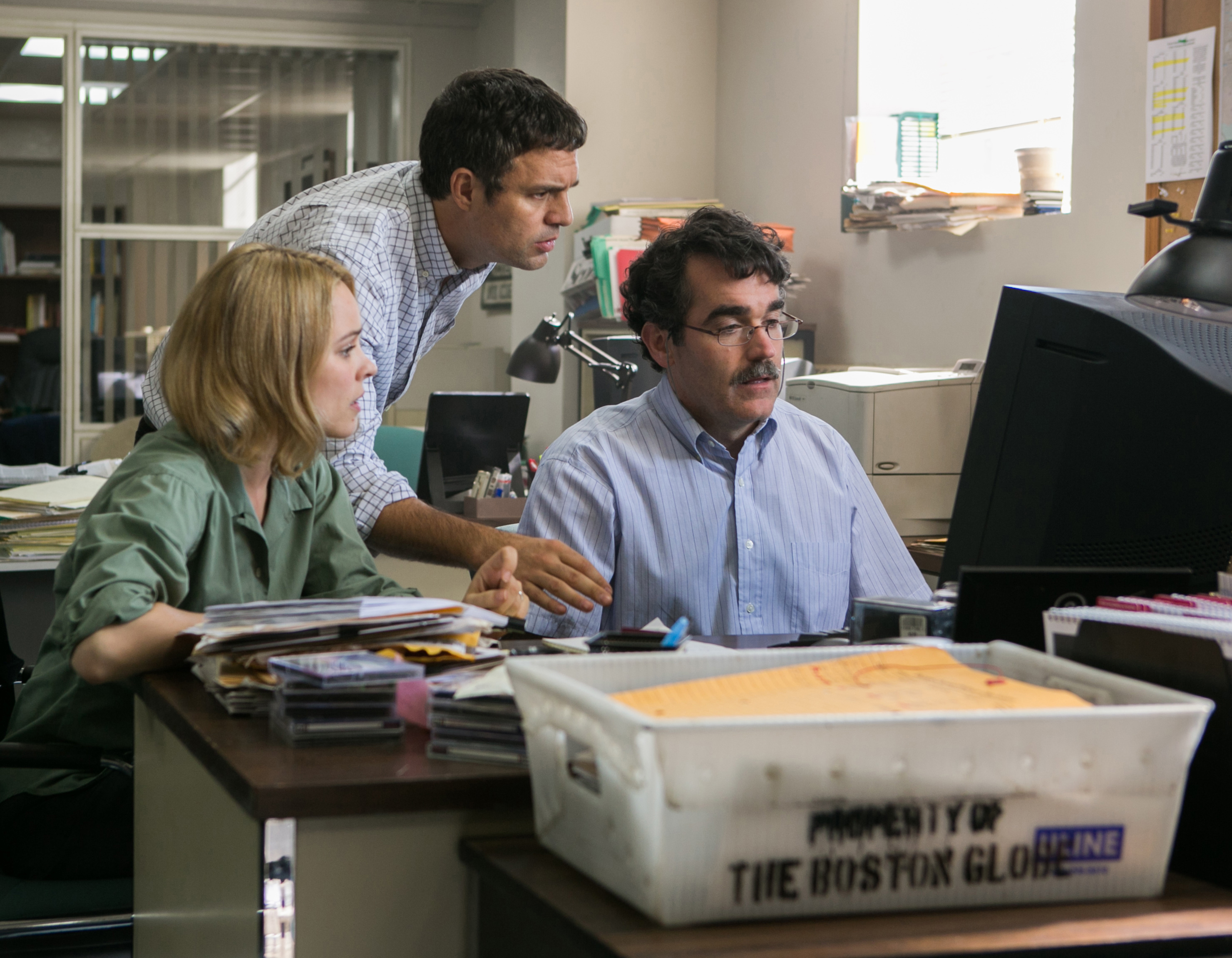 At the Movies: ‘Spotlight’ Slightly Misdirected

Despite the irony that Tom McCarthy’s Spotlight won Best Acting Ensemble, Best Original Screenplay and Best Picture at the Critics’ Choice Awards last weekend, your local movie critic doesn’t feel entirely confident with those accolades. Two weeks ago, Spotlight’s hype was overshadowed by The Revenant at the Golden Globes, and now it’s up in the air which of the films could win big at the Oscars. As for the quality of Spotlight compared to the other contenders, let’s take a look.

Editor Marty Baron (Liev Schreiber) is hired at The Boston Globe in 2001, and right away he thinks the paper’s top priority should be investigating overlooked incidents of child molestation among Catholic priests. He gives the assignment to the spotlight department for long-term research consisting of journalists portrayed by Michael Keaton, Rachel McAdams, Mark Ruffalo and Brian d’Arcy James.

The things that Spotlight does well is give the viewer plenty of thorough information on the tragedy, and McAdams, Stanley Tucci and Schreiber don’t miss a beat with their acting. But the tone and structure of the film feels a bit too technical, while some directing choices from McCarthy are a bit heavy-handed. Most confusing is the fact that Ruffalo—who displays fidgety characteristics that are distracting and almost seems like he’s in a different movie—is getting the most performance hype. Spotlight is a good way for those who want to learn more about the subject, but as far as Best Picture contenders go this season, I’m still with The Big Short and Fury Road.