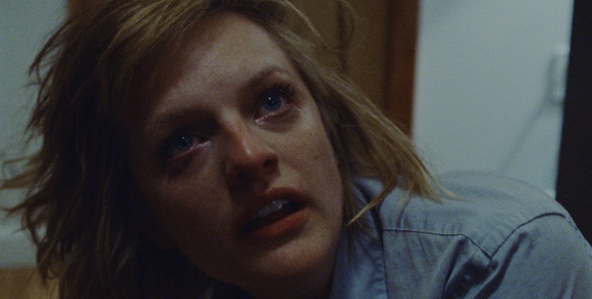 At the Movies: ‘Queen of Earth’ an Unsettling Retro Arthouse Piece

Alex Ross Perry unapologetically takes direct influence from 1960s-1970s arthouse dramas for his latest independent film, Queen of Earth. The trailer even features an old-fashioned voice-over common during that era. Fans of that period of cinema may assume Perry is a fan of, and likely inspired by, Persona (1966), 3 Women (1977) and Mulholland Drive (2001), as evidenced by the film’s claustrophobic and surreal mood as well as a storyline centering on two women.

As a summer tradition, Catherine (Elisabeth Moss) and Virginia (Katherine Waterston) meet at Virginia’s family’s cabin for a week, to catch up and hang out. Catherine is delusional and unstable, spiraling downward following the death of her father and a breakup with her boyfriend, while Virginia has an attitude problem. They’ve been lifelong friends because their fathers were best friends. In non-linear fashion, we see the two women’s interactions in summers past, how they’ve drifted apart and the caustic and passive-aggressive nature of their friendship.

Kentucker Audley and Patrick Fugit co-star as Virginia’s ex-boyfriend and current love interest, respectively. Like any small-setting character study, Queen of Earth depends heavily on its actors and performances, and the actresses here are brilliant. Moss doesn’t hold back emoting rollercoaster-like mood swings and Waterston is perfect as the friend who doesn’t know how to call out her BFF without being rude. For fans of Perry and the cast, Queen of Earth is worth a look. And those who are familiar with Perry’s inspiration will likely feel moved to watch those films over again.