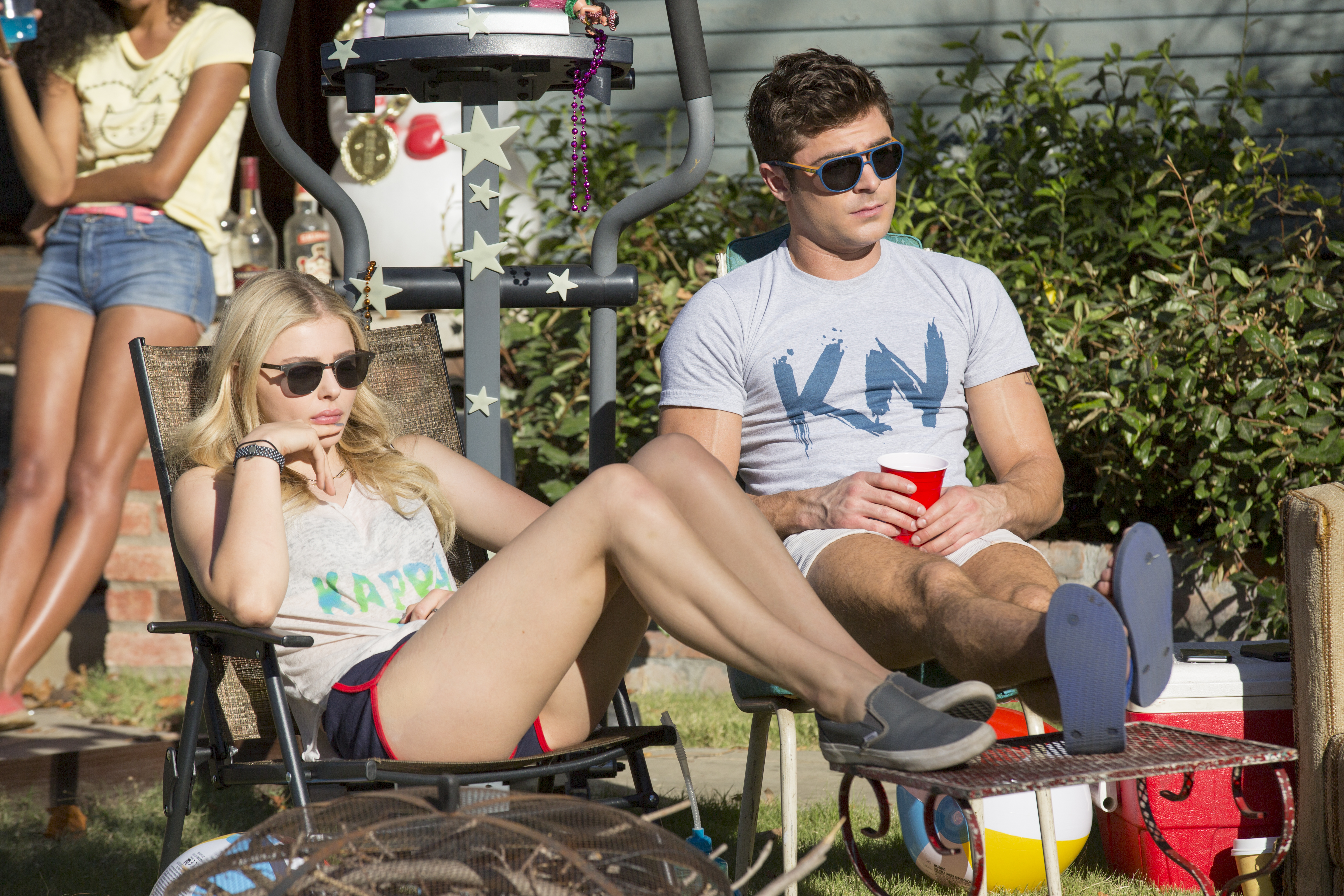 At the Movies: ‘Neighbors 2’ Not Quite Rising

Neighbors 2: Sorority Rising is everything that a sequel to a successful, original movie is unfortunately fated to be. That’s not to say that the movie is a complete waste of time, but it isn’t the pleasant surprise the first delivers either, especially at the box office, where Angry Birds won No. 1 last weekend. Writing partners Seth Rogen and Evan Goldberg are now back with director Nicholas Stoller to give audiences a gender-swapped take on their first raunchy, slapstick comedy Neighbors (2014).

Two years after experiencing the nightmare of living next door to a frat house, Mac (Rogen) and Kelly (Rose Byrne) are now expecting a second baby and planning on selling their old house. The problem is they didn’t realize they agreed to an escrow period with the new home owners, and a sorority just moved into the former frat house. Founding member, Shelby (Chloë Moretz), started the independent sorority on the grounds to party as hard as the frats can. Former frat boy Teddy (Zac Efron) is also back, and on the girls’ team.

Dave Franco, Carla Gallo and Lisa Kudrow also return for appearances. Neighbors 2 has many funny moments, particularly with all the returning actors, including an amusing Hannibal Burress cameo. But story-wise the film is redundant with its structure and plays it safe. Moretz’s character’s motives are virtually the same as Efron in the original, and the parents haven’t made any development. Particularly uncomfortable are the large amount of inappropriate jokes aimed at the characters’ kids. For a good Rogen-Goldberg romp, we might have to wait for Sausage Party.