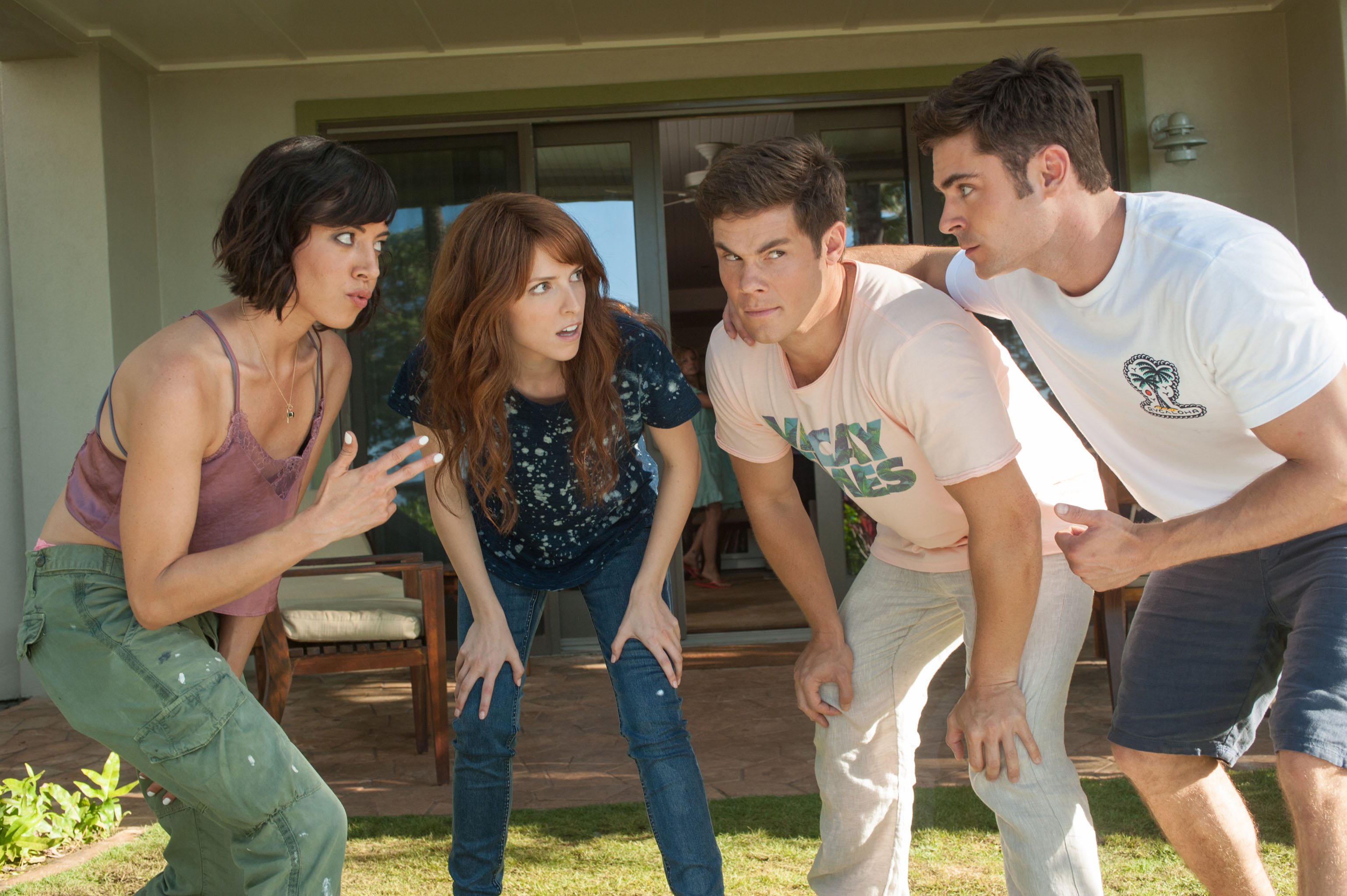 At the Movies: ‘Mike and Dave’ Need Better Jokes

There are comedies that feel confident enough to be raunchy and graphic, and still have a lot of heart and a good sense of humor, such as Sixteen Candles (1984) and Superbad (2007). And then there are comedies that aren’t naturally funny and attempt to make it up by being as crude as possible, like Dirty Grandpa and Mike and Dave Need Wedding Dates. Both movies feature Zac Efron and Aubrey Plaza, and both lack any genuine humor.

After creating such a bad reputation for crashing parties, reunions and weddings in the most exaggerated ways, Mike (Adam Devine) and Dave Stangle (Efron) are forced to bring respectable dates to their sister Jeanie’s (Sugar Lyn Beard) wedding or they can’t join the celebration. Party girls Alice (Anna Kendrick) and Tatiana (Plaza) have recently lost their waitressing jobs and are willing to put on a good act to get a free trip to Hawaii as Mike’s and Dave’s dates.

Stephen Root and Stephanie Faracy play Mr. and Mrs. Stangle. Mike and Dave was written by the same guys who gave us both scripts for the Neighbors movies. While the first Neighbors was a pretty decent comedy, all three movies generally rely too much on gross, over-the-top jokes about drugs and sex. On top of that, many jokes simply aren’t delivered very well in Mike and Dave. Which is surprising, since Devine and Plaza are trained comic actors. As for Kendrick and Efron, maybe it’s time to try musicals again.