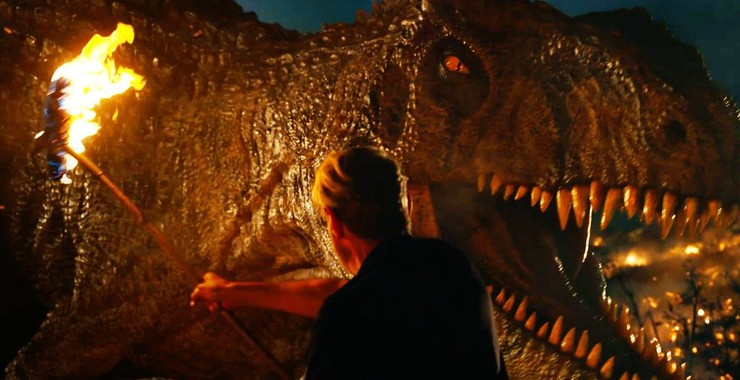 Sam Neill, Laura Dern and Jeff Goldblum are back together on the big screen running from dinosaurs for the first time since Steven Spielberg’s Jurassic Park (1993) almost three decades ago.

If you’re worried this reunion is just an easy cash grab and not naturally crafted into Colin Trevorrow’s Jurassic World: Dominion for the sake of genuinely improving this sci-fi/action universe, I have bad news for you, unfortunately.

While the three stars look like they’re having fun on screen, the writing, direction and editing are incredibly lacking, even more so than any usual mediocre sequel.

Alan Grant (Neill) and Ellie Sattler (Dern) are called upon by bioengineering company Biosyn to help figure out how to stop its recent giant, super-strong locust creations, which are flying rampant around the world, killing off the food chain.

And while all this is going on, dinosaurs are still running wild all over the world.

Would you like to see all of this again with the same characters, but who are now old enough to be members of AARP? Because that’s literally all what the third act is of Dominion.

The timeline, continuity and logic of the Jurassic series are so far gone and ridiculous at this point, there’s no reason to bother trying to piece anything together.

Like people have pointed out since the Jurassic World trilogy broke through, these movies’ dinosaurs don’t even realistically behave like the species would in prehistoric times.

I’ll admit, a few comic relief gags in Dominion did actually land for me. But in my imagination, the original, classic Spielberg adventure from 1993 is a stand-alone blockbuster masterpiece.