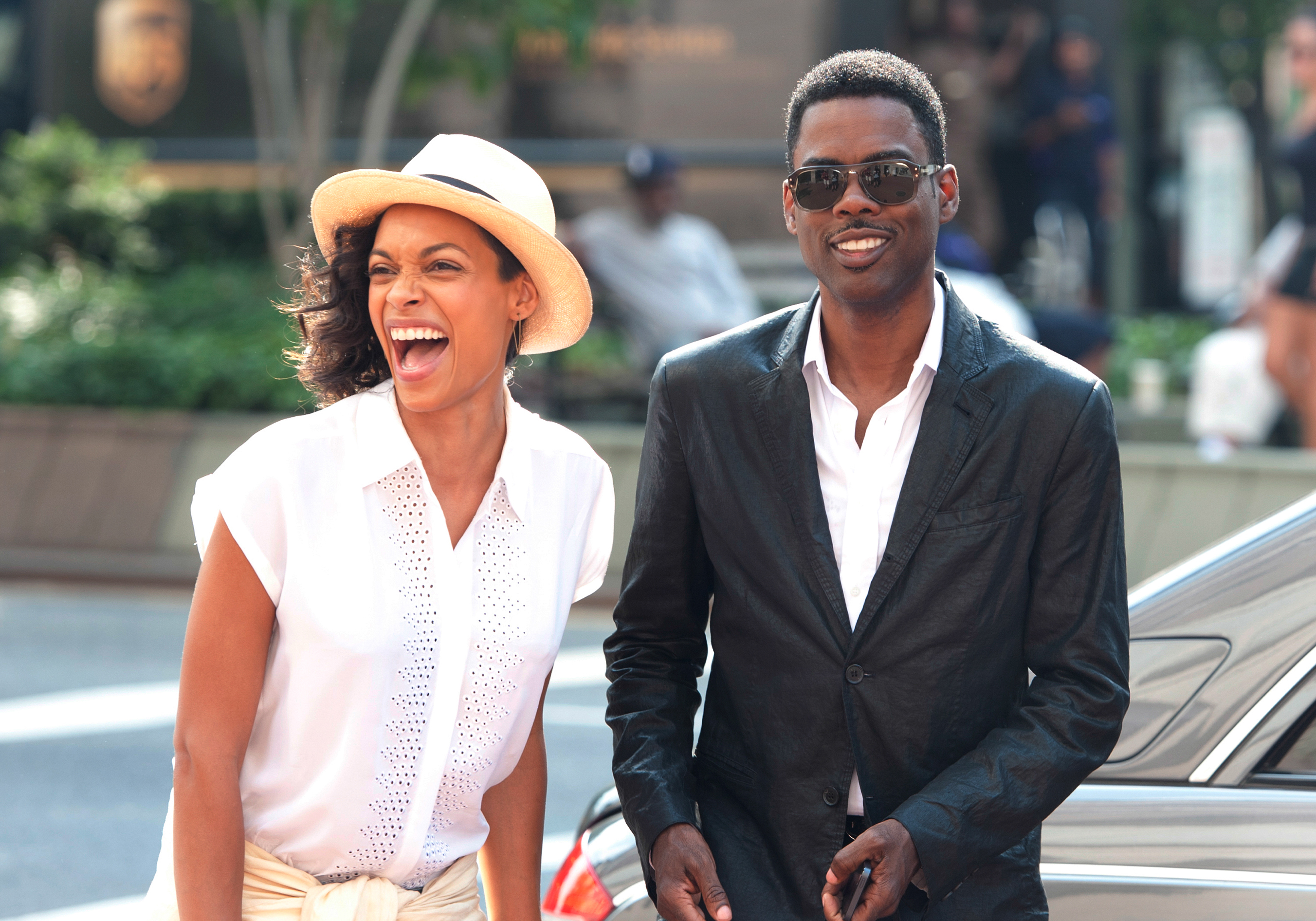 At the Movies: High Fives for ‘Top Five’

Some Chris Rock fans might be surprised to learn that he is an outspoken Woody Allen fan. Most would assume the two don’t have much in common other than being successful comedians with film careers. But Rock’s most recent film in theaters, Top Five, is not only his most well-crafted in years, but also proof that he has at least seen Allen’s Stardust Memories (1980).

In a matter of only 24 hours, hit comedian Andre Allen (Rock) has to do a set of interviews for his new movie before heading off for his wedding to reality television star Erica Long (Gabrielle Union). During this time, New York Times journalist Chelsea Brown (Rosario Dawson) is following him around the city for a profile she’s been assigned to pen. Throughout the day there are also flashbacks of Andre’s career and life, and cameos by Kevin Hart, Tracy Morgan, Whoopi Goldberg and Cedric the Entertainer as Andre’s family, friends and colleagues.

Top Five is less of a laugh-out-loud type of comedy and more of a commentary on race relations, as well as audience and reactions by the media when stars try to change their image. All of the comedians have a great rapport with each other on screen, while Union and Dawson are the steady support pushing Andre along to the finish line of the night. Top Five shows audiences Chris Rock is not only one of the funniest people in entertainment, but also capable of much more than Grown-ups (2010) and Madagascar (2005).