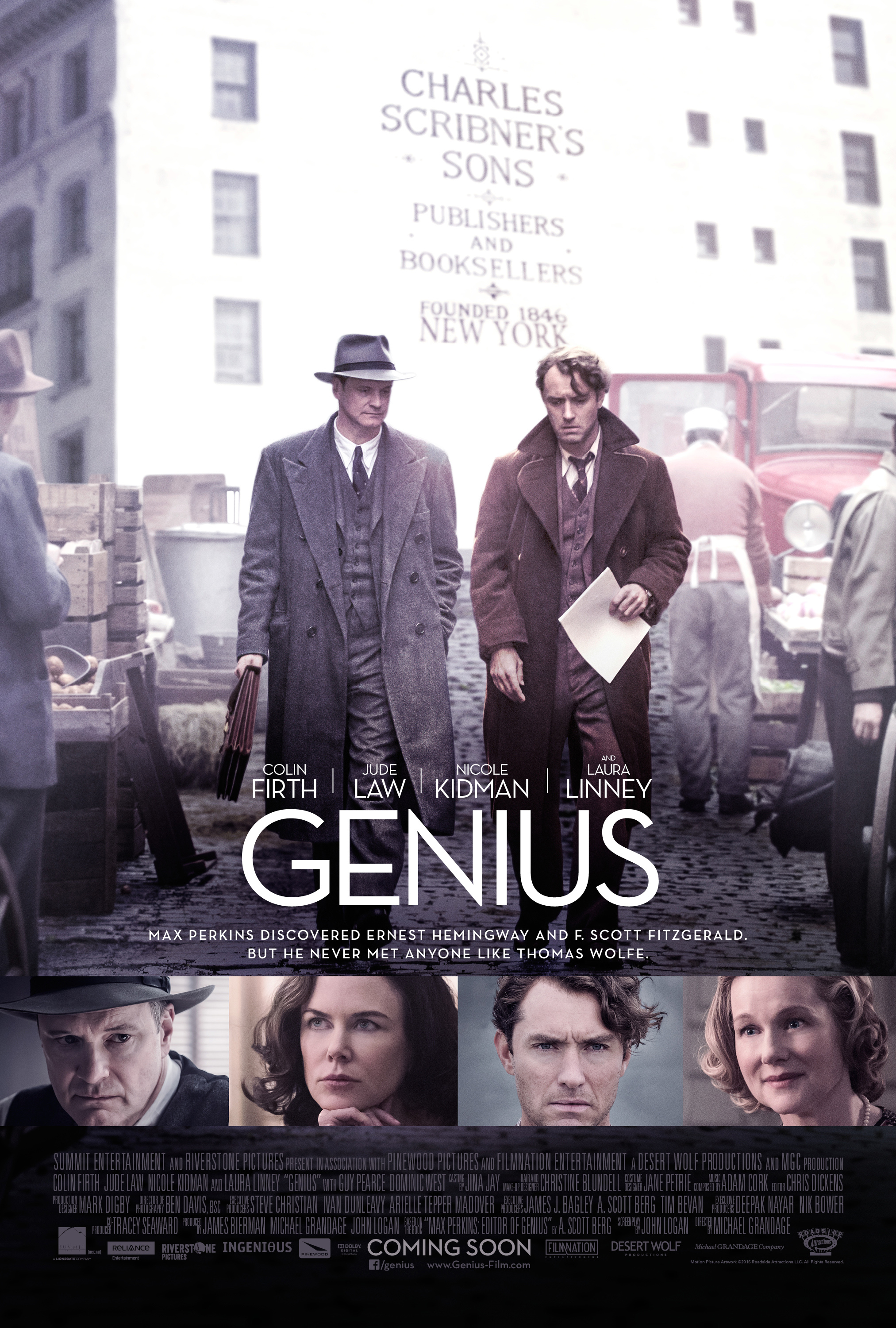 At the Movies: ‘Genius’ is Word Smart

Throughout history there’s always a person behind the scenes who lends an extra hand in helping the superstar or talent go into legacy. Elton John had Bernie Taupin, Robert De Niro had Martin Scorsese, and in literature, Ernest Hemingway, F. Scott Fitzgerald and Thomas Wolfe had their editor, Maxwell Perkins. This month a star-studded biopic on Perkins is in theaters called simply Genius. The film is directed by Richard Grandage and adapted by John Logan from A. Scott Berg’s book Editor of Genius.

In 1929, successful book editor Perkins (Colin Firth) for Charles Scribner’s Sons is given the first draft of Southern novelist Wolfe (Jude Law) right after his golden boy, Fitzgerald (Guy Pearce) has gotten a permanent case of writer’s block. Though Wolfe is overly animated and exuberant in nature, the calm and collected Perkins finds a way to build a great working and friendly relationship. While Wolfe and Perkins find success, their relationships to their wives, Aline Bernstein (Nicole Kidman) and Louise Saunders (Laura Linney) falter.

Dominic West makes an appearance as Hemingway. Grandage’s and Logan’s Genius is a movie about writers for writers. The whole movie centers on the writing and editing process and is certainly to be enjoyed most by viewers who do that for a living. Firth’s performance is slightly stunted, but Law’s hammy but fun, portrayal is a highlight. Though the direction and mood are lacking a bit, and we could’ve used more of Kidman and Linney, Genius should be of interest for literature and history fans.