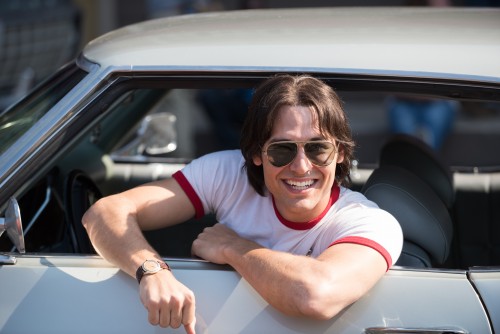 At the Movies: ‘Everybody Wants Some!’ Nostalgia

Richard Linklater’s first film since his 12-year-long, coming-of-age epic Boyhood (2014), is a silly, college sex comedy called Everybody Wants Some! The posters and trailers have been advertising the film as a “spiritual sequel” to Linklater’s 1993 teen dramedy Dazed and Confused, but in reality it might have more of a familiarity to a film along the lines of American Pie 2 (2001). Sometimes a silly sex comedy just wants to be a silly sex comedy, and there’s nothing wrong with that.

At the end of summer 1980, college freshman Jake (Blake Jenner) moves away from home and into a rundown campus house full of his new baseball teammates. For the first week of orientation, Jake and his new friends get to know each other on campus, on the field, in town and at parties. There’s also a freshman girl named Beverly (Zoey Deutch) who takes notice of Jake and vice versa.

Tyler Hoechlin, Wyatt Russell and Temple Baker play some of Jake’s teammates. The title Everybody Wants Some! comes from the Van Halen song with the same name and is appropriate for the tone Linklater is setting for the comedy. The filmmaker is not only paying homage to his own early college years but also to the teen/college comedies of that era, like Fast Times at Ridgemont High (1982), Sixteen Candles (1984) and Superbad (2007) much later. Having a cast of no-big names headlining with a non-stop 1980 soundtrack perfectly gets any nostalgic or retro fan interested.

At the MoviesEverybody Wants Some!
sharing