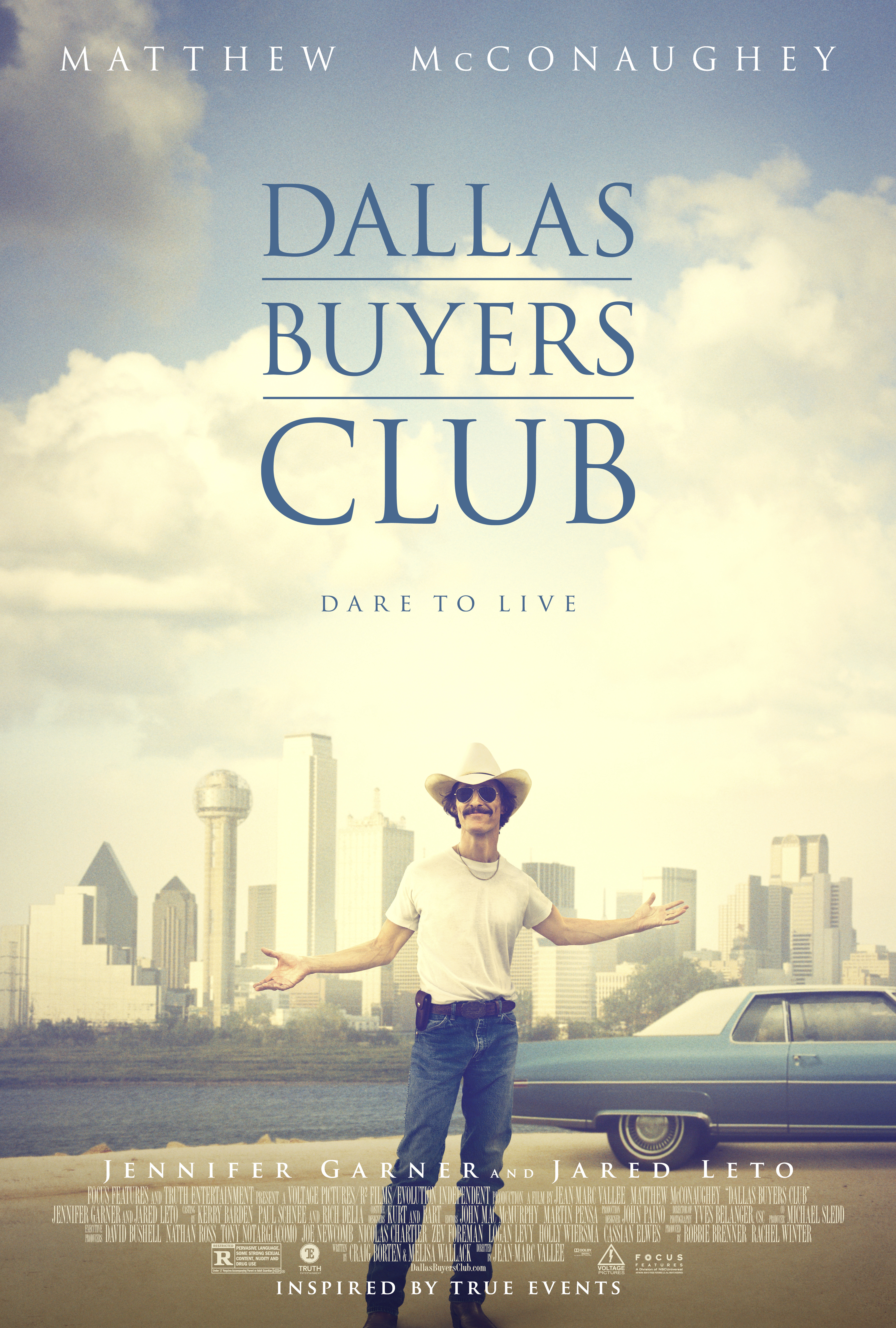 Side Effects was a story set in the present day about the abuse of prescription meds while Dallas Buyers Club is based on a real moment in time when hospitals were giving AIDS victims a less reliable drug while denying them superior, but unapproved, medicine.

In 1985, womanizing cowboy and cocaine addict Ron Woodroof (Matthew McConaughey) is admitted to a Dallas hospital after an electric shock, only be told he is HIV-positive and has only one month to live.

Determined to stay alive and beat the illness, Ron teams up with a transgender AIDS victim named Rayon (Jared Leto) to trade and sell their own supply of foreign meds from Mexico and Asia. That is until the Federal Drug Administration sets out to bring them down.

Jennifer Garner plays a local doctor who wants to help Ron medically and personally. Griffin Dunne and Steve Zahn also co-star. McConaughey is already getting award attention for his tour-de-force performance, but it’s Leto and Garner who shine throughout the movie.

With this film, Vallée, most famous for the period piece The Young Victoria (2009), makes a successful move to a contemporary setting. Some nice quick cuts and a painful ringing effect used when Ron feels sick add drama. Dallas Buyers Club joins Philadelphia (1993) as one of the essential portrayals of living with HIV/AIDS.