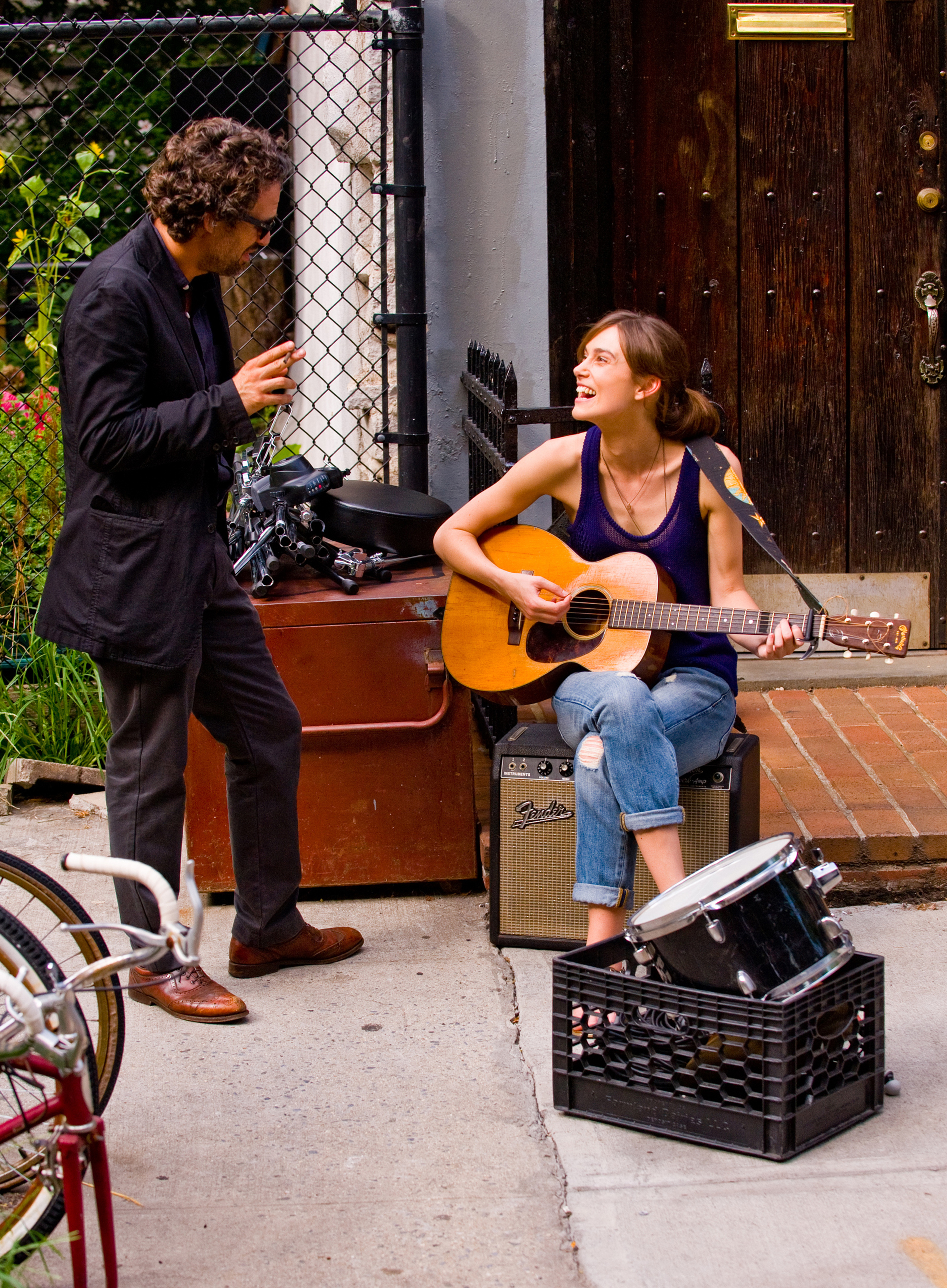 At the Movies: ‘Begin Again’ for Music Lovers of All Ages

After a decade as queen of on-screen period pieces, Keira Knightley is branching out and entering into the modern world these days.

And just when fans started getting used to him as the latest face behind the Hulk, Mark Ruffalo joins Knightley in a music-oriented romantic comedy from filmmaker John Carney, producer Judd Apatow and musician Gregg Alexander called Begin Again.

Within 12 hours, once hot music arranger—now pothead slacker—Dan (Ruffalo) discovers he’s been let go from his record company, is out of money and oblivious to his teenage daughter, Violet’s (Hailee Steinfeld) life. At the same time, struggling songwriter Gretta (Knightley) has been dumped by her rock star boyfriend and music partner Dave (Adam Levine) but is more inspired than ever before with new material.

When Dan sees Gretta performing one of her songs at an open mic night, he is hit with an epiphany to produce and manage her music.

Begin Again is a film for musicians and music lovers alike.

Knightley, herself an amateur singer, is actually quite good as the Colbie Caillat-type artist and surprisingly carries a fine tune. Ruffalo and Levine are perfectly cast as the men in her life, and Alexander’s songs for the film are catchy but not corny.

Despite an R-rating for language, Begin Again is a perfect film for music and movie fans for most ages.